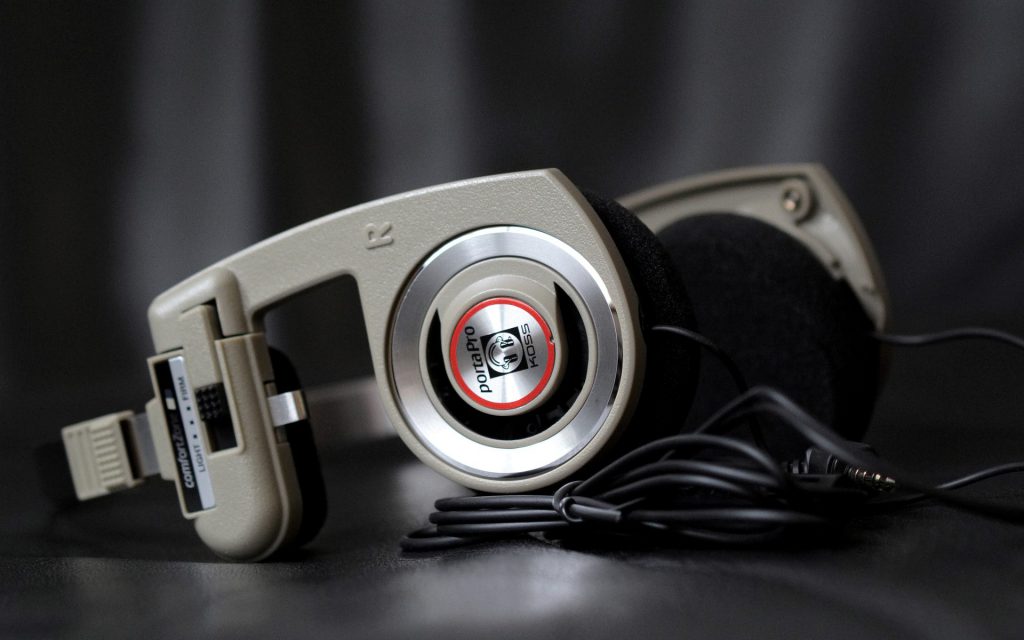 A Milwaukee-based headphone maker is caught in the middle of a Wall Street war between pessimistic hedge funds and aggressive retail traders.

Koss Corporation‘s stock closed trading Friday at $3.54 per share, valuing the company at approximately $20 million. It’s a value in line with where the company has been for the past five years.

Did the company announce a new headphone technology that is poised to take the market by storm? Not at all.

It’s just the latest company caught in the financial crossfire. The number of shares traded Monday was nearly four times the number of actual shares Koss has issued, and undoubtedly many owners didn’t sell. Based on publicly available data, it appears a subsection of the shares were traded dozens, if not hundreds, of times in a single day. A similar trading volume is taking place on Wednesday.

The first company impacted by the battle of hedge fund bears and retail trading bulls was brick-and-mortar video game retailer GameStop, which saw its stock rise more than 600% since mid-January. Movie theater chain AMC has also seen its value rise.

The companies have become targets because of the large percentage of their outstanding shares that were sold short. A short occurs when an investor believes a company’s stock will decrease in value and sells shares they do not have with the intent to cover (buy) shares later at a lower price to complete the trade.

Companies with declining revenues, such as a brick-and-mortar video game retailer in an increasing online gaming market, are frequent targets of high-risk short sellers.

But a “short squeeze” can send the stock upward even without an underlying change in a company’s fundamentals. Those that have shorted the stock are forced to buy shares to cover their short, triggering even more buying. The result is a sharp increase in a stock price and big losses for short sellers.

GameStop first, and later Koss and others, became the target of users of online forum Reddit’s Wall Street Bets sub-forum. The sub-forum is popular with retail investors who have taken aim at Wall Street hedge funds. Such funds with large short positions would traditionally announce their move in an attempt to drive the price down further. Now it’s made them targets.

Forum users have posted their new positions, encouraging others to buy. Potentially compounding their buying interest are high-frequency traders that use sophisticated software systems to rapidly enter and exit positions.

On Monday, unverified Twitter user Will Meade, a self-described former Goldman Sachs employee, tweeted: “What short names will the Reddit Wall Street Bets army go after next? Here are the 3 stocks with short interest above 35% and a price below $10! $AMC $CLVS $KOSS”

On Friday, 120,100 shares of Koss stock changed hands. One of only seven days since October 1st when more than 100,000 shares were traded. On Monday that total spiked to 8.5 million, Tuesday 34.4 million and Wednesday, at the time of publication, is already over 13 million.

There are only 7.4 million shares total, and only 3.72 million can trade without restrictions.

Who’s winning and who’s losing? Long-term Koss investors suddenly find themselves with more valuable stock. But they’ll have to sell to realize a profit. Publicly-available data indicates the company’s headquarters could be filled with a lot of suddenly wealthy employees, 81.5% of shares are held by insiders. Federal regulations prevent designated insiders, notably executives and board members, from selling without pre-announced plans.

Investors betting against Koss, GameStop and others suddenly find themselves with big losses. Chief among them might be Melvin Capital Management, which received a $2.75 billion injection from hedge funds Citadel and Point72 after Melvin’s assets plunged 30% through last Friday. Citadel might have even seen that coming. The high-frequency trading firm buys pre-trade data from zero-fee retail trading platforms including Robinhood, TD Ameritrade and Charles Schwab. The data would allow the company to see a surge in retail traders about to trigger a short squeeze.

What happens next? Impossible to say. But we’ll keep you posted.