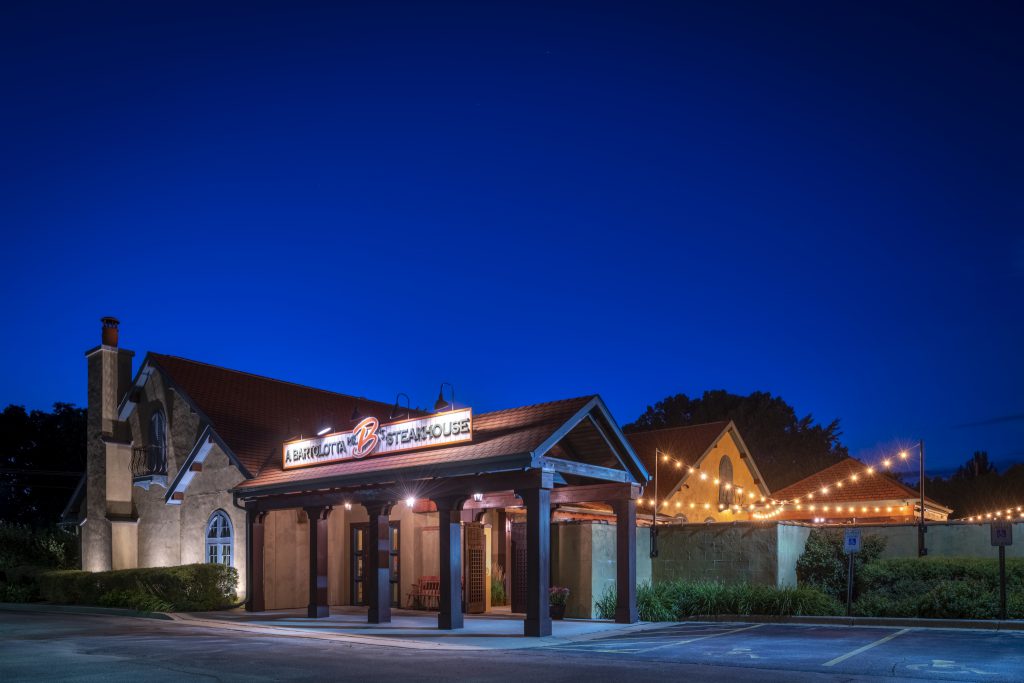 The rapidly-expanding Egg & Flour Pasta is opening its third location in less than two years. The new place is expected to open in March at Metcalfe’s Market in Wauwatosa. The Journal Sentinel’s Carol Deptolla reports:

As at the Egg & Flour locations on Milwaukee’s east side and in the Bay View neighborhood, customers at the Tosa location will order at the counter. The grocery store, at 6700 W. State St., has a seating area inside and a small patio outside for diners.

Customers will be able to buy beer, wine and soda to have with their meals. Prepared meals also can be taken to go, and a variety of fast-cooking fresh pastas will be sold for shoppers to cook at home.

Egg & Flour will have its own entrance, Pawlak said, and the area where cooks will be making pasta will be visible to customers.

Prepared-food counters and seating were added at Metcalfe’s when the store remodeled in 2016.

Bartolotta Restaurants is continuing its plan of gradually reopening its 17 restaurants with the announcement of its reopening of Mr. B’s — A Bartolotta Steakhouse. The restaurant group has announced via a press release that the steakhouse located at 18380 W. Capitol Dr. will be back in business on February 4.

“We have taken a careful and compassionate approach to every reopening, in an effort to serve the needs of our guests while going above and beyond state and regional guidelines,” stated The Bartolotta Restaurants Owner and Co-Founder Chef Paul Bartolotta in a press release. “With our expanded takeout options, enhanced safety protocols, and acclaimed Executive Chef Amber Dorszynski returning to the kitchen, we look forward to welcoming Mr. B’s guests to the new era of The Bartolotta Restaurants.”

Mr. B’s in Mequon will reopen with adjusted days and hours of operation just in time for Valentine’s Day. The steakhouse will be operate Wednesdays through Sundays from 5 p.m. to 9 p.m. with reservations required through the website. Customers can also order curbside takeout through online ordering service Tock.

New Pizza and Wings Restaurant for Northwest Side

A new fast-food restaurant specializing in pizza and wings is in the works for Milwaukee’s far northwest side. Owner Ahmad AbuAmmar is planning to open 76 Pizza and Wings at 5908 N. 76th St., for nearly a decade home to Mister Bar-B-Que. Urban Milwaukee’s Ethan Duran reports:

The restaurant would serve specialty pizzas, build-your-own pizzas, salad and fried chicken dinners according to its website. Other items like loaded baked potatoes and Philly cheesesteak sandwiches are listed as well. It would also do delivery and provide catering services.

Proposed hours are between 11 a.m. to 12 a.m. from Monday to Saturday and 11 a.m. to 10 p.m. on Sundays, according to a business license application.

The 76th St. restaurant was set to open in December 2020, but a food license is still pending before the Milwaukee Common Council. AbuAmmar told Urban Milwaukee over the phone that he hopes to open before the end of the month. He said he has seven years experience running his own businesses, primarily cell phone stores.

The restaurant lists hamburgers, chicken tenders, salmon, shrimp and smashed potatoes as items on its proposed menu. Specialty items like salmon nuggets and buffalo chicken sandwiches would be served as well. Sides would include French fries, onion rings, coleslaw and vegetable egg rolls.

A food license application is pending before the Milwaukee Common Council…

The new business would occupy one of four commercial stalls in the two-story, 7,220-square-foot building that also fronts S. 9th St.

William Ho’s, a Shorewood restaurant located at 3524 N. Oakland Ave., is shutting its doors after 30 years of business. The restaurant specialized in modern takes on classic Chinese dishes and offered an extensive buffet. The Journal Sentinel’s Eddie Morales reports:

“I heard from the owner that COVID was definitely one of the biggest reasons for the closure,” Salvia said, “but additionally, the restaurant has been here for a very long time, so Bao Ping thought it was also a good time to retire.”

The restaurant, named after the restaurateur who opened it, served generations of locals and University of Wisconsin-Milwaukee students with its variety of Cantonese dishes, seafood and appetizers…

In the late 1970s and early 1980s, the restaurant was one of the first places around Milwaukee to begin serving Sichuan food, according a 1999 Milwaukee Journal Sentinel review. A few years later, when dim sum became the rage, Ho served it on weekends.

In the late ’90s, Ho installed three large, custom-built tanks in his lobby and added the words “Lobster House” to the name of his restaurant. He also tacked a 6-foot-long fiberglass lobster to the top of the restaurant’s beige Mazda MPV to advertise his restaurant’s goal of becoming a Hong-Kong-style seafood restaurant — one where patrons pick their fish live and have them cooked to order.

Colectivo Coffee has temporarily closed its 2211 N. Prospect Ave. location. The East Side cafe houses a live-music venue in partnership with Pabst Theater Group, an aspect that has remained unused due to the pandemic. Graham Kilmer of Urban Milwaukee reports:

Colectivo Coffee has closed another cafe as the COVID-19 pandemic and the public health interventions meant to slow the virus’ spread have made business difficult.

The closure of the cafe at 2211 N. Prospect Ave. is temporary, the company said in a statement. In the current environment, the cafe was no longer “viable.”

This is the fifth Colectivo cafe or bakery to close since the start of the pandemic in March. Two cafes, one in the U.S. Bank Center and another in Bayshore Town Center, never reopened after the initial shutdown in late March. Meanwhile, the company has closed its cafe in the Historic Third Ward and in Capitol Square in Madison. The company also shut down its plans for a Troubadour Bakery in Chicago.