Inside the Newest Adventure Rock 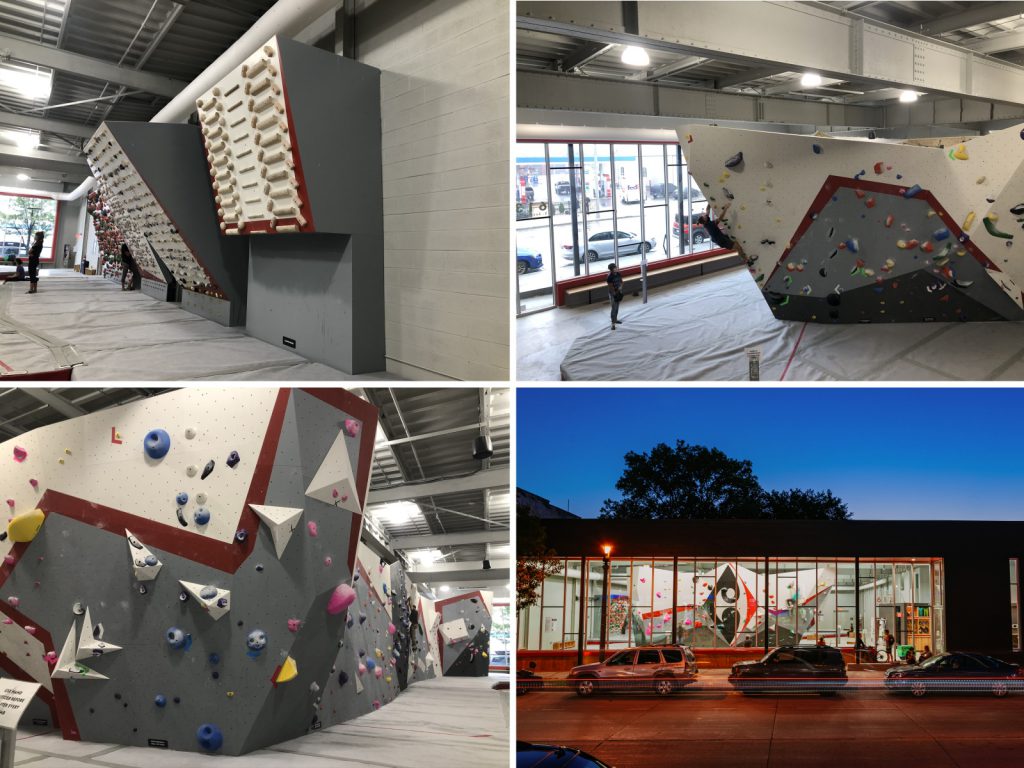 Adventure Rock business partners Eric Olson and Craig Burzynski said it was only a matter of when, not if, Milwaukee would get a gym for bouldering, a specialized form of rock climbing.

“If we didn’t do it, somebody else would,” said Burzynski, during a tour of Adventure’s Rock new Walker’s Point facility. He said someone had even approached Adventure Rock about partnering on a facility. Burzynski characterized it as the natural evolution in any market.

First comes the traditional rope climbing gyms with high ceilings. The partners opened their first in 1998 in Brookfield and added a second in the aptly-named Belay (a climbing move) building in Riverwest, in 2016.

Then with a larger community of climbers, many of which Adventure Rock has sought to turn into members, market demand for bouldering forms. The shorter climbs in bouldering are done without ropes, and feature configurable routes which climbers attempt to do with increasing difficulty by first reducing the number of mounts they can use and second, by cutting the time they can do it in. Burzynski describes it as a communal activity with participants cycling on and off the wall and cheering each other on. “Bouldering tends to be a much more social aspect of our sport,” he said as we watched two climbers discuss the best climbing strategy.

But while the finished gym, 613 S. 2nd St., seems like a natural fit, Burzynski said it wasn’t that simple.

He searched all over for a location, honing in on Walker’s Point. “I ran my own little Doors Open with our broker,” said Burzynski, referencing the annual open house event.

The partners found a building owned by Milwaukee Brewing Company. “We walked in and all we could see is beams,” said the climbing veteran.

Get a daily rundown of the top stories on Urban Milwaukee
The brewery shared the space with a tasting room for Central Standard Craft Distillery. Before that it was used for produce storage by V. Marchese Inc. and was originally built for the Northwestern Lumber and Wrecking Company in 1965. The latter, according to Burzynski, found the steel beams that support its roof from a bridge that was torn down.

Those bridge beams create a wide space free of any columns. The Adventure Rock partners were seeking a space that wouldn’t have many interior walls or any column could cause a compromise in their vision. The partners paid $1.1 million for the property in October 2019 according to state records.

An approximately $1 million investment transformed the building. Much of the building’s front facade was removed, with a setback, glass wall providing space for an accessible entry and lots of natural light for climbers. Greenfire Management Services led the buildout on the space. Johnsen Schmaling Architects led the design work.

Much of the 15,000-square-foot space is occupied by a custom, rectangular climbing wall, designed and installed by Bulgaria-based Walltopia, and surrounding padding. It reaches a height of 17 feet and provides approximately 6,800 square feet of climbing space. Surrounding rooms include a fitness facility with high-end equipment and a dedicated yoga room. “We try to be a full fitness facility,” said Burzynski. Additional climbing machines with digitally controlled light-up routes (known as “problems”) allow climbers to compete on identical routes against those in gyms with similar equipment.  All told, Adventure Rock boasts 120 climbing problems to solve at any time in the gym.

The fitness and yoga facilities are many times larger than those of the Riverwest location and boast 13,500 square feet of space. “We wanted to make sure we didn’t build it too small,” he said.

A mural outside the building was painted by Chacho Lopez of Walker’s Point Tattoo Company.

A bit of luck helped the organization with its COVID-19 preparedness. Climbers use chalk to help grab the mounts on the climbing walls, which if not ventilated properly would result in a haze of chalk dust filling the space. The rectangular climbing wall structure, which fills most of the room, had unused interior space and plenty of little holes to insert the climbing mounts into. Prior to any pandemic planning, the partners decided to install the building’s air handling system inside the structure, sucking the air in through the holes. While a climber is on the wall exerting themselves, the air they breathe out, and the chalk dust, is sucked into the structure instead of being blown towards any onlookers.

Burzynski said the activity lends itself to being a pandemic-safe activity. “It’s a team sport you do as an individual,” he said. The business is one of approximately 600 that has a city-approved mitigation plan.

Membership is $59 per month or $18 for a day pass. “We want our members to go all of the facilities,” said Burzynski, noting the membership includes access to any activity at any facility. He said staff is available to help climbers, regardless of their skill level. “Our goal as a company has always been to make it so anyone can come in and be successful.”

The new gym opened in August. 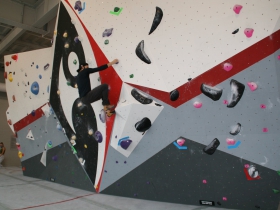 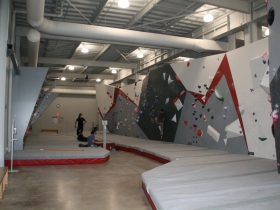 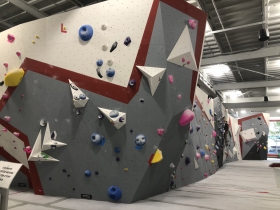 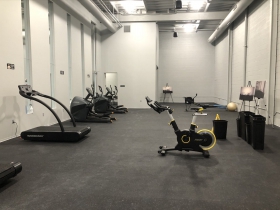 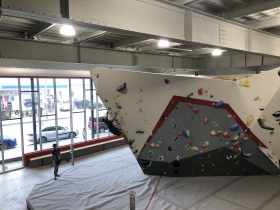 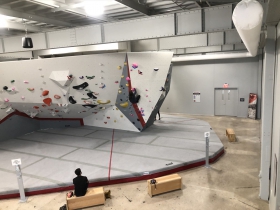