Mankind Was My Business 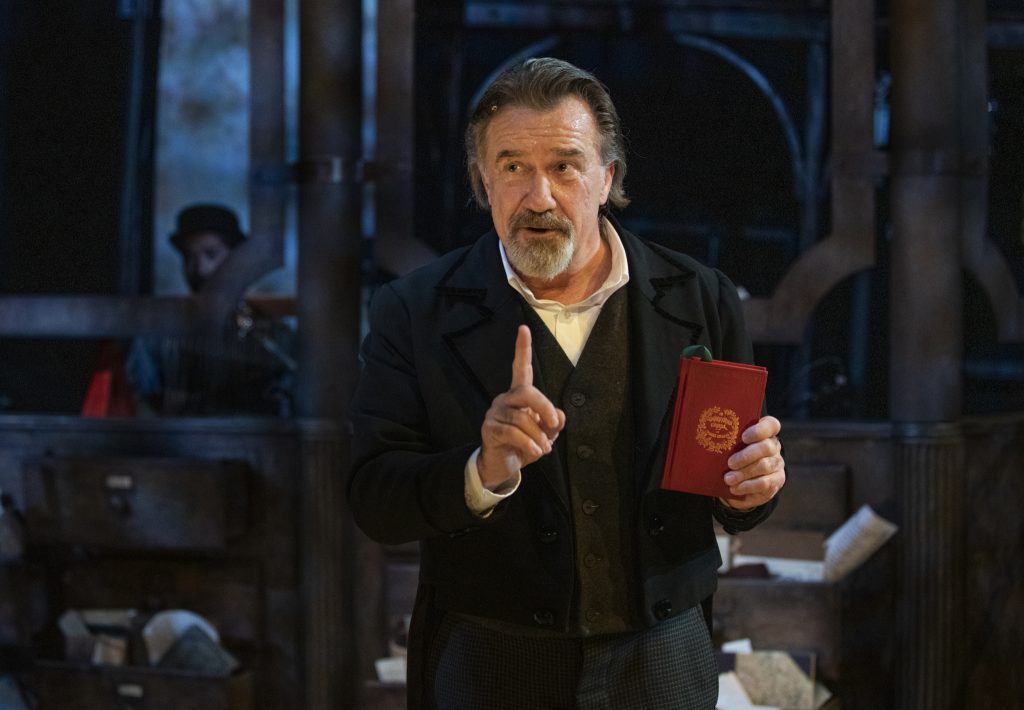 Stick close to Dickens. That’s the secret for every adapter of a Dickensian story like A Christmas Carol. The more of his galloping language, almost grotesque characters and moving demands to address bad social conditions, sentimentality be damned, the better you will be. It’s even easier since so many in the audience already know the story of Scrooge and are eager to revisit it.

This is the timeless theatrical appeal the Milwaukee Rep has lovingly inlaid with the best technical prowess available in using the empty Quadracci Playhouse as setting for its online one-man evocation entitled Jacob Marley’s Christmas Carol.

Wandering the back of the stage like a refugee from a road company of Fiddler on the Roof, sound and music expert Dan Kazemi flits in to apply all manner of vital sound effects to the tale. Jason Fassil’s nonstop lighting cues are almost a secondary player as is the set of Arnold Bueso and the actor choreography by director Mark Clements that sends a fabulous lone actor, Lee Ernst, flipping around the stage to hold conversations with himself in multiple vocal colorations or dance nimbly or ominously depending on mood and meaning underneath the words.

This is not the only adaptation that puts Marley center stage. In creating this one, actor-writer Tom Mula wondered, some 12 years ago if the ghostly, chain-clinking Marley, the second worst money-grasper in London, deserved more than just leading Scrooge to the ghosts of Christmas past, present and to come. Could Marley share in the redemption enjoyed by Scrooge?

Such is the premise that sends all this technical expertise into full frenzy and places demands on Ernst that he meets – with tones large and small, images of miniature and gigantic sprites, emotional frenzy over being driven by spirits, arguments with one or the other of his own selves and delight in the wonders he is witness to. When we speak of acting tour de forces, this will be primary on any list.

But it is also a reminder of the power of the original. One can imagine Dickens himself entertaining packed lecture halls with his words and images in the 19th century. The appeal is both basic and sophisticated. But Mula’s conceit gets hung up on theological consistencies of the parable that Dickens never bothered with, nor did director Frank Capra in inventing Clarence the angel of It’s a Wonderful Life.

Mula becomes concerned if the audience will follow extra sprites (Marley and his diminutive alter-ego) on the journey through space or how to hand off to Marley the sort of redemptive moments we so know from the Scrooge tale. The last 15 minutes of the 90 minute show force Ernst to try to explain all this to the viewers and maintain that sense of excitement and wonder. Too large a task. It’s the place where the production fails to stick with Dickens and would rather rely on its own contraptions.

Jacob Marley’s Christmas Carol was originally conceived to include live performances at the Quadracci but pandemic rules sent the whole shebang online by signing up through Dec. 24 at www.MilwaukeeRep.com. If you are not confused by the Rep’s understandable efforts to advertise its entire next season, you will find an easy way to register and receive a $20 ticket allowing a 24 hour window to see the play. 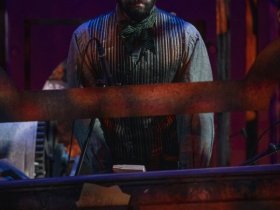 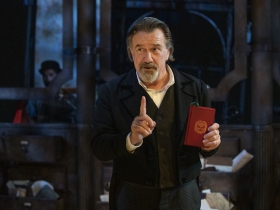 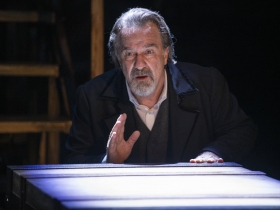 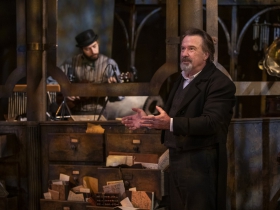 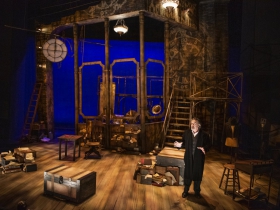 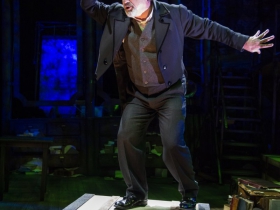