The Department of Health Services reported 2,534 new cases on Monday from 8,740 processed tests.

The seven-day case total stands at 29,464, below last Thursday’s record 45,946. September, when Wisconsin’s surge started, accounted for 46,671 cases in its entirety. The seven-day testing total stands at 85,012, below last Wednesday’s record rolling total of 133,019 tests. The testing total is filtered to only include individuals who were tested for the first time or have been tested previously but are receiving their first positive diagnosis.

DHS reported 96 people were newly hospitalized in the past 24 hours in its daily data release. A total of 17,095 people have required hospitalization since the outbreak began, 1,165 in the past week.

The Wisconsin Hospital Association reported that 1,845 people were actively hospitalized with a confirmed case of the disease, an increase of 21 from a day ago, but a decrease of 154 from a week ago. Thirty days ago the total was 1,510.

Get a daily rundown of the top stories on Urban Milwaukee
DHS reported six new deaths. A total of 3,313 Wisconsin residents have died as a result of the virus, including 736 in Milwaukee County.

The 30-day average daily death total now stands at a record average of 42.73. Thirty days ago the rolling average was 22.77. 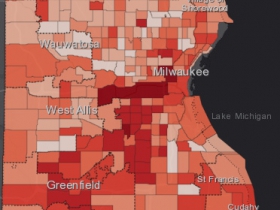 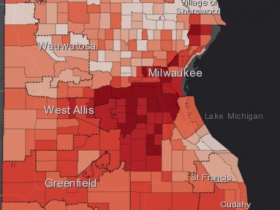 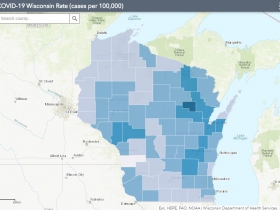 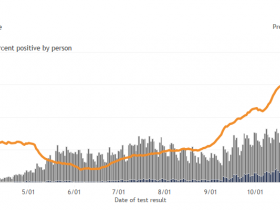 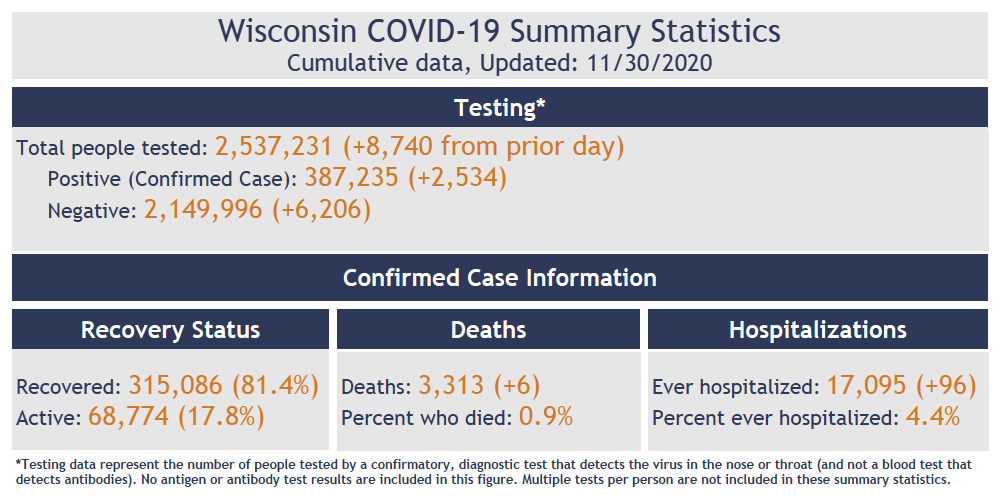 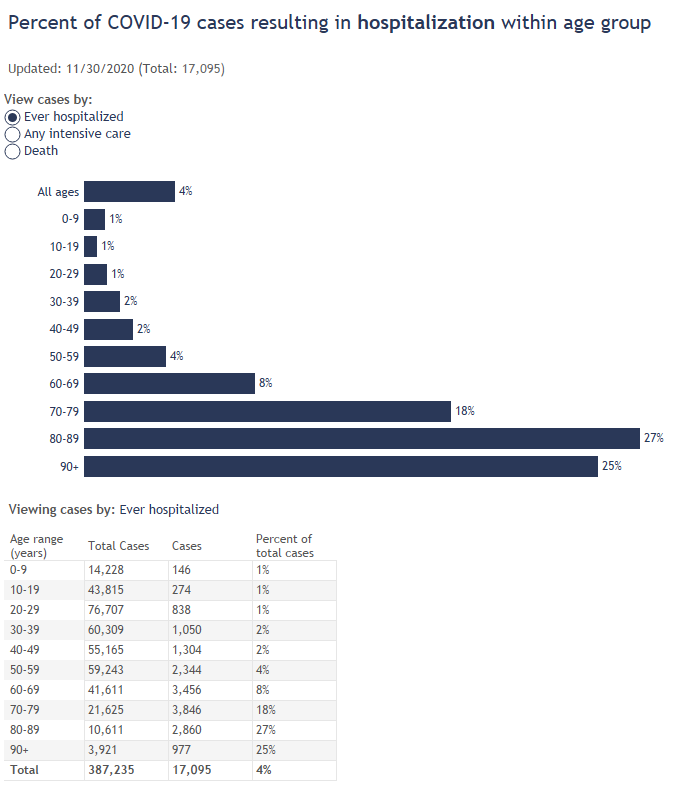 Health Workers Get Lessons in Empathy by Matt Martinez