First Day With Over 100 COVID-19 Deaths in Wisconsin

Wisconsin reported over 100 COVID-19 deaths in a single day for the first time on Tuesday. That’s according to data released Tuesday afternoon by the state Department of Health Services.

The state had reported six deaths total over the prior two days, data for which primarily covers the weekend.

As a result, what appeared briefly as a decline in the 30-day average daily death total was reversed and the figure now stands at a record average of 44.57. Thirty days ago the rolling average was 16.80.

A total of 3,115 Wisconsin residents have died as a result of the virus, including 720 in Milwaukee County.

The Department of Health Services reported 6,202 new cases on Tuesday from 16,510 processed tests.

“Since our surge in cases started we been saying it would get worse before it gets better, and you can see it happening,” said DHS Secretary-designee Andrea Palm during a press briefing Wednesday.

DHS reported 279 people were newly hospitalized in the past 24 hours in its daily data release. A total of 16,209 people have required hospitalization since the outbreak began, 1,392 in the past week.

The Wisconsin Hospital Association reported that 1,986 people were actively hospitalized with a confirmed case of the disease, a decrease of 13 from a day ago and 291 from a week ago. Thirty days ago the total was 1,295.

Nine patients were in the Alternate Care Facility in West Allis.

Get a daily rundown of the top stories on Urban Milwaukee
Since September, Milwaukee County has gone from having the worst per-capita outbreak to the 25th worst in the state, even as its case and hospitalization load has surged to record levels. 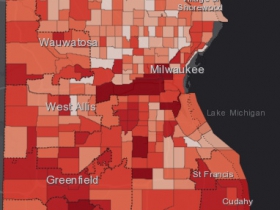 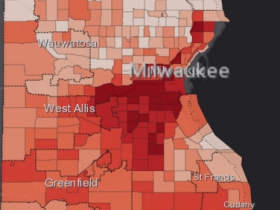 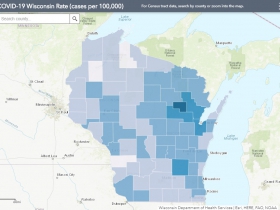 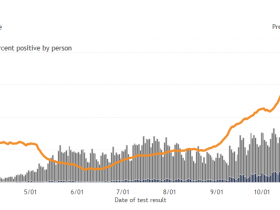 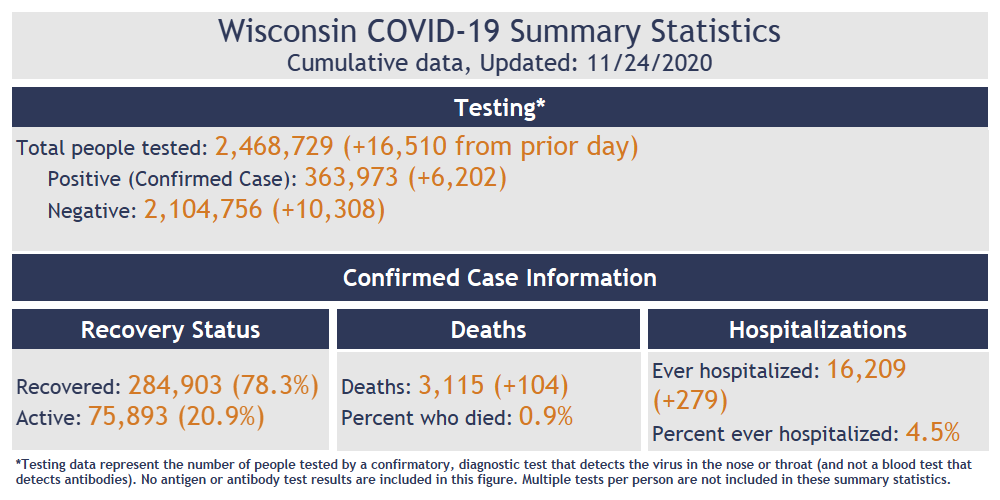 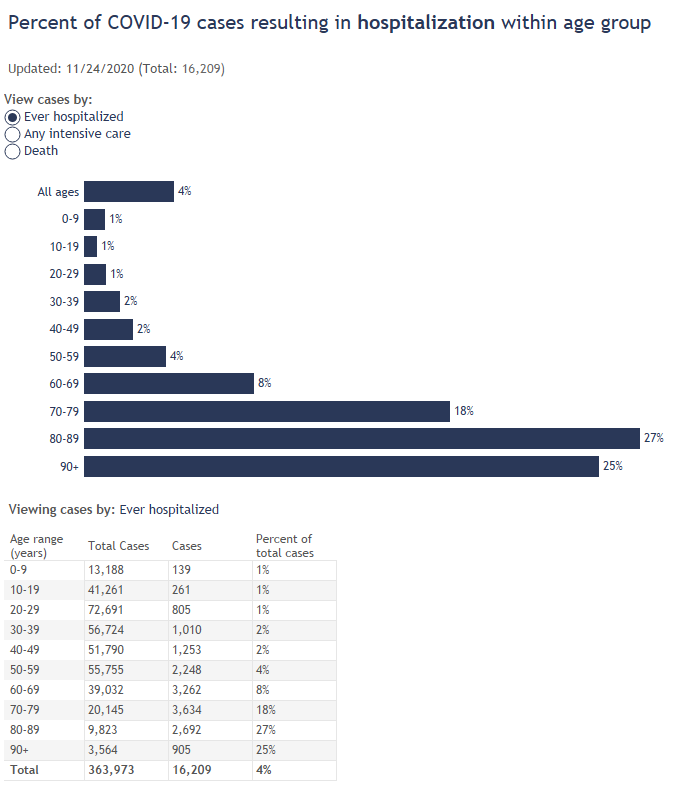 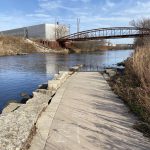