By Rob Mentzer, Wisconsin Public Radio - Nov 17th, 2020 11:06 am
Get a daily rundown of the top stories on Urban Milwaukee 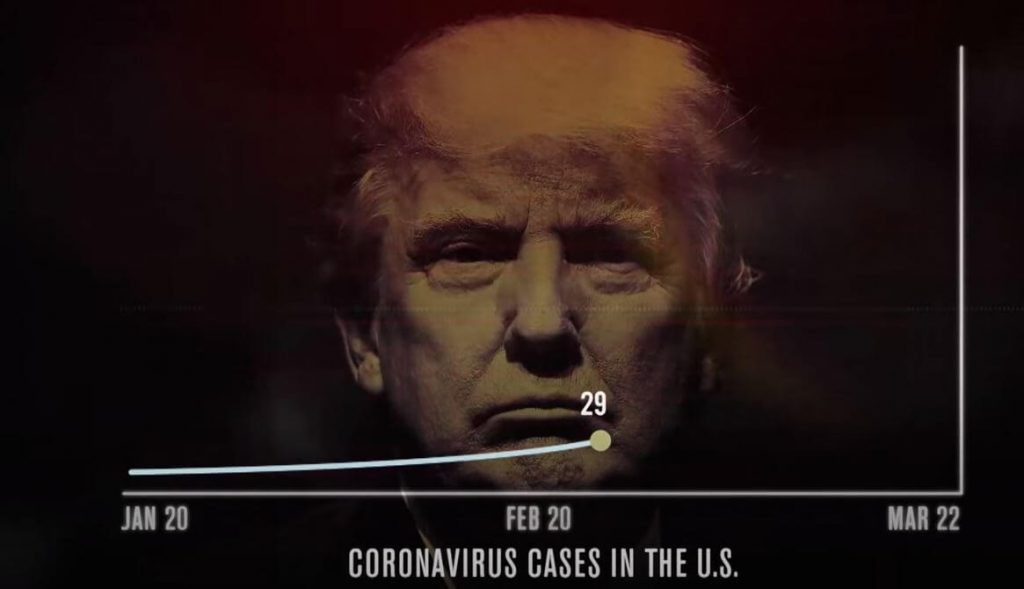 A lawsuit filed by President Donald Trump‘s campaign against a Northwoods TV station has been dismissed in federal court.

The Trump campaign in April sued the Rhinelander-based WJFW-TV over an ad that juxtaposed clips of Trump’s statements about the coronavirus in January and February with a graph showing the rising case count in the United States. The ad was produced by the liberal advocacy group Priorities USA, but the Trump campaign initially targeted WJFW-TV in the lawsuit. The station’s owner, Rockfleet Communications, is a small company that also owns stations in Bangor, Maine.

The case was initially filed in Price County Circuit Court and was moved to federal court in late April.

In a federal court filing on Nov. 9, attorneys for the station wrote “with the election now decided against him, the Trump campaign’s work has ended, and so should this defamation lawsuit.” They argued that in losing Wisconsin’s election, the campaign also lost standing to move the suit forward. In the latest court filing, Trump campaign attorneys and WJFW-TV attorneys agreed that under the terms of the dismissal, the campaign cannot file the lawsuit again.

Legal experts had said it was unlikely the campaign would be able to prove defamation. The Trump campaign contended the advertisement’s editing of Trump’s audio was misleading.

In July, attorney Charles Tobin told WPR the Trump campaign was engaged in a “SLAPP lawsuit,” an acronym for “strategic lawsuit against public participation.”

“It’s a political case,” Tobin said then. “It’s meant to slap down participation in public debate … The Trump campaign is trying to chill the rights of broadcasters.”

In a statement Friday on the lawsuit’s dismissal, the chair of Priorities USA, Guy Cecil, said, “Priorities stood strong against the Trump campaign’s onslaught of baseless legal actions and we have successfully rebuffed Donald Trump’s effort to censor the truth about his failed leadership.”

After the campaign initially sent cease and desist letters to TV stations in March, Priorities USA expanded its purchase of the ad to the swing state of Arizona. Both Wisconsin and Arizona voted for Democrat Joe Biden in the election, according to unofficial results.

One thought on “Trump Lawsuit Against TV Station Dismissed”