Some ponds have fish with levels of PFAS that would require restrictions on eating fish.

By Danielle Kaeding, Wisconsin Public Radio - Nov 14th, 2020 10:44 am
Get a daily rundown of the top stories on Urban Milwaukee 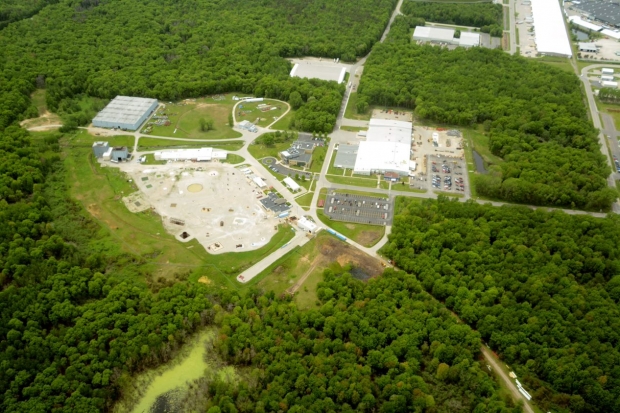 State environmental regulators are asking a Marinette manufacturer of firefighting foam to expand sampling of fish for chemicals known as PFAS. The move comes after sampling in private ponds near Tyco’s fire training facility showed fish had PFAS concentrations that would trigger restrictions on eating fish.

Tyco, a subsidiary of Johnson Controls International (JCI), sampled three private ponds near its fire technology center in Marinette as part of an ongoing investigation into PFAS contamination stemming from its facility. The site has been used for research, testing and training with firefighting foam that contains the chemicals, which don’t break down easily and are linked to health issues, including some cancers.

Tissue samples showed 16 of 26 fish sampled had PFAS concentrations that would prompt restrictions on eating fish no more than twice per week under guidelines set by the Great Lakes Consortium (GLC).

The Wisconsin Department of Natural Resources (DNR) is not issuing a fish consumption advisory because the ponds are not accessible to the public, according to Christine Haag, the agency’s remediation and redevelopment director.

Fish samples from the ponds showed PFAS concentrations ranging from .67 to 144 parts per billion (ppb). The owners of the private ponds have been notified of the results, according to Katie McGinty, chief sustainability officer for Johnson Controls.

“These results show us — like a bunch of other data we’ve recently collected — the closer to our property, the higher you’re going to see those levels,” said McGinty.

Some of the 16 fish samples would trigger restrictions on eating fish no more than once a week or once a month. McGinty emphasized that none of the fish sampled, which included bluegills, large-mouth bass and yellow perch, had PFAS levels that would warrant a “Do Not Eat” advisory under the GLC guidelines. Ten fish had concentrations that would require no restrictions on consumption.

Haag noted it’s important to expand fish sampling in the area because people could potentially become exposed to PFAS by eating fish.

Tyco submitted a sampling plan to the DNR on Nov. 5 that would provide fish tissue data on five privately-owned ponds. The expanded sampling does not include plans to collect data from the Menominee River and Green Bay. The plan said they would not be sampled since the U.S. Environmental Protection Agency and DNR have already collected fish tissue samples from those waters.

McGinty said there aren’t many publicly accessible waterways in the area that would be impacted by PFAS from the fire training facility.

“As you begin to step back and take the picture of what public waterways exist in the area that has PFAS in it from our property in that area, the main body of water that would be potentially accessible to the public is Ditch B,” said McGinty.

Ditch B flows through the city of Marinette into Green Bay. In August, sampling showed surface water had levels of 1,000 parts per trillion for PFOA, one of the most widely studied PFAS chemicals. The company has said wet weather impeded the ability of a water treatment system to treat all the water flowing through the ditch.

McGinty said the company has been able to pinpoint that PFAS is moving through groundwater east of the facility, which will guide efforts to address the problem.

The DNR is currently reviewing the company’s plan for expanded fish sampling around the facility.