City Will Pick Up Leaves Until November 22nd 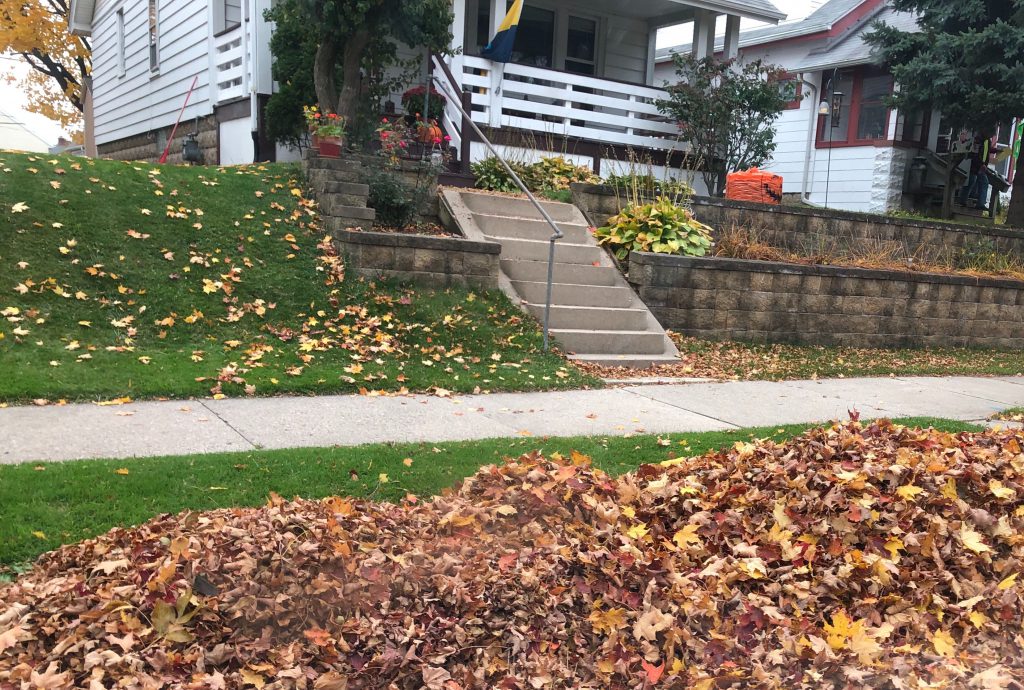 The Department of Public Works is extending the leaf rakeout timeline until November 22nd. Milwaukee residents can rake their leaves into piles in the parking lane until that deadline.

“Typically our rakeout time is from October 1st through November 15th. We are going to extend that for a period of one week,” said Public Works Commissioner Jeff Polenske on Wednesday morning to members of the Common Council’s Public Works Committee.

Leaves should be raked into piles one foot from the curb. DPW is currently running a third sweep of the city and will run a fourth before ending the season.

The annual process is primarily intended as a public health benefit. It keeps phosphorus and other heavy nutrient loads out of the water system. It also keeps leaves and other yard waste from clogging the sewer system. The city mulches the leaves it picks up.

What if you don’t make it by the 22nd? Legally speaking, that’s considered littering. And though the city might not ticket you, your neighbors might not appreciate a frozen mass of leaves blocking a potential parking spot all winter. Pickup will continue with one last cycle after the 22nd.

It’s the second year in a row the city has extended the rakeout time, though for different reasons. Last year’s leaf collection was hampered by an October snowstorm.

This year’s collection was complicated by the fact that alternate side parking and other parking regulations weren’t in effect until November 2nd.

“It was a little inefficient at the onset,” said Polenske. “It’s become sufficiently more efficient once the overnight regulations went into effect.” The city has also benefitted from a lack of snow.

Get a daily rundown of the top stories on Urban Milwaukee
He said DPW issued over 28,000 warning notices and only 3,000 citations through the first week. “That was significantly under what our normal citations would be,” said the commissioner. A DPW spokesperson said the department averages 1,000 citations per night, six nights a week (no overnight regulations on Sunday morning).

“As I understand our budget process, we can’t afford to have compliance,” said Alderman Robert Bauman. “We actually rely on law breaking to balance the budget.” He was one of the council members that publicly advocated not reinstating the pandemic-suspended rules.

“If they’re going to obey the parking regulations, I think a new revenue source is going to be our reckless driving,” said Ald. Mark Borkowski. “Because that’s getting way, way out of hand.”