By Corri Hess, Wisconsin Public Radio - Nov 9th, 2020 05:31 pm
Get a daily rundown of the top stories on Urban Milwaukee 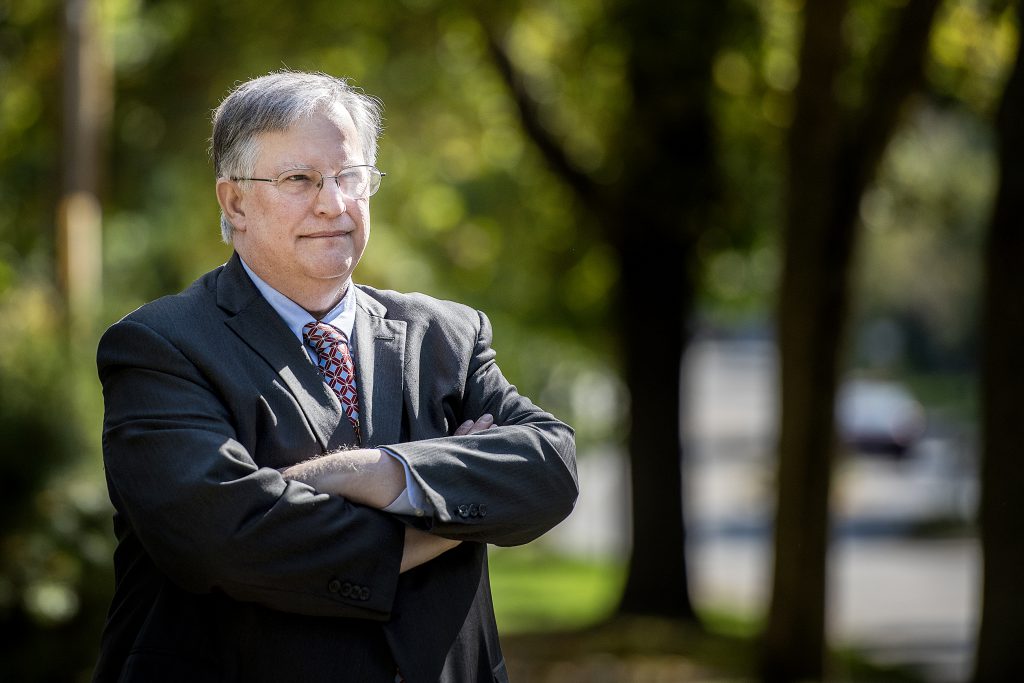 Charles Franklin is the director of the Marquette Law School Poll. Angela Major/WPR

Wisconsin’s most famous pollster Charles Franklin said many state and national polls were off this year because President Donald Trump’s support was underestimated.

“One of the big things about this is we missed these people, despite looking for them,” Franklin said. “(Trump supporters) are a part of the public who over the last eight to 12 years have become very distrustful of government, public affairs — including polling — and it has affected the outcome.”

National polls had now President-elect Joe Biden leading President Donald Trump by as much as 20 points.

The Marquette poll released the week before the election, showed Biden leading Trump by 5 points among likely voters in Wisconsin with 48 percent of those surveyed said they support Biden, compared to 43 percent for Trump. The poll’s margin of error for likely voters was 4.4 percent.

Biden won Wisconsin by about 20,000 votes, or about 0.624 percentage points, out of nearly 3.3 million ballots counted.

The Associated Press called the presidential race for Biden on Saturday, when it said Pennsylvania’s 20 electoral votes put him over the 270-vote threshold needed to win the Electoral College.

The Marquette poll is the most extensive statewide polling project in Wisconsin history. Franklin has directed the poll since its inception in 2012 and is a professor of law and public policy at Marquette University Law School.

“I think the bottom line is, for the second election in a row, is polling did have substantial misses, but this time the misses were across the country, where in 2016, it was more focused in Wisconsin, Michigan and Pennsylvania,” Franklin said.

In 2016, the Marquette poll was off by 7 points and projected then Democratic presidential nominee Hillary Clinton to win. Trump won Wisconsin that election.

“This time, we were in 3 to 4 points, and we projected the right winner,” Franklin said.

One thought on “Polls Missed on Trump Voters, Franklin Says”