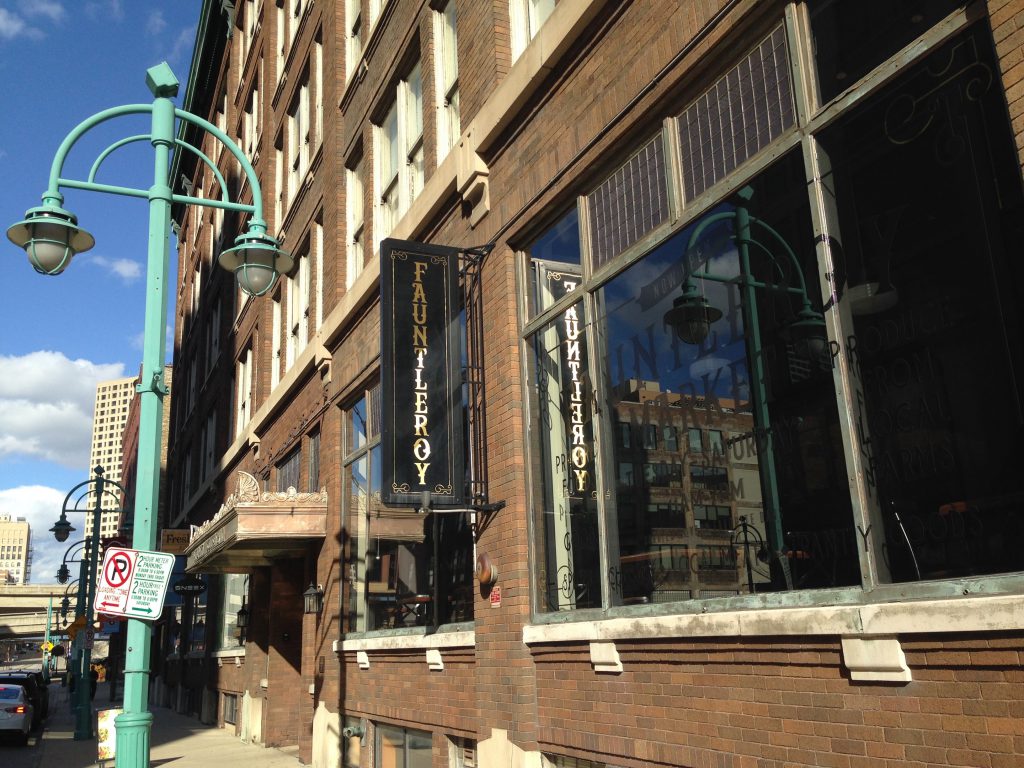 Two Milwaukee restaurant veterans, Kristen Schwab and Jeff Marquardt, have launched a pop-up centered around dumplings. Phat Dumpling is a monthly pop-up that rents its kitchen in the former home of Fauntleroy (316 N. Milwaukee St.), a French restaurant that closed earlier this year due to the pandemic. The pop-up offers curbside pickup from that space as well. Journal Sentinel’s Carol Deptolla reports:

(Schwab) plans to make 200 orders of dumplings for the pop-up. That’s 2,000 dumplings, at 10 dumplings to an order. Each dumpling gets its own kind of topping or dipping sauce, and she makes those, too, even making components like tamarind sauce.

The dumplings are made entirely from scratch, including the wrappers. “Once you’ve had a hand-rolled dumpling — it’s just so good,” Schwab said.

She’s had plenty of practice. Schwab has been making dumplings for family and friends for five years, and she rose to chef de cuisine at Dandan, where her specials frequently were dumplings.

The varieties of dumplings will change from pop-up to pop-up, but if Schwab has a signature dumpling, she said, it’s the one she calls Oma’s dumpling.

It’s inspired by the Indonesian corn fritter her grandmother would make for every family get-together and that her father now makes for gatherings.

Customers can place orders online at phatdumpling.com starting at noon Saturday for the next pop-up, which is the following weekend. “Like a concert ticket release,” Marquardt said.

Curbside pickup will be noon to 3 p.m. Nov. 14 and 15 outside the former Fauntleroy restaurant in the Third Ward, 316 N. Milwaukee St… The dumplings are sold raw for customers to cook at home.

The cheel Suffers a Fire

As reported by Fox 6, the Thiensville restaurant the cheel, known for its Himalayan food, suffered a devastating fire on Sunday. Sam Kraemer has the story:

Fire officials responded shortly after 3 p.m. and found heavy fire coming from the building. The upstairs residents were able to evacuate. The restaurant was not open at the time…

The building was deemed uninhabitable in the wake of the fire…

As night fell Sunday, memories flashed between emergency lights for Jesse and Barkha Daily. They opened “the cheel” in 2014, saving a 19th Century building from demolition with a unique Himalayan menu…

Atop the building stands a sculpted eagle. “The cheel” means eagle in Nepalese, and Sunday, that became the owners’ beacon of hope.

“We will rebuild,” said Jesse Daily. “We will survive. The reason is because that eagle’s still up there. We’ll be back.”

The project began late this summer with updates to the outdoor patio, including the addition of a circular pergola with terracotta toned sun shades along with a hexagonal planter bench and new tables and chairs. Walking trails were also added in the wetlands area for guests to enjoy relaxing walks before or after dining.

Although the new executive chef and menu for Hop Harvest & Vine are still under wraps, the branding and renovation plans are underway.

…the redesign of the restaurant was made possible by a collaboration with Three Sixty,  the design and build firm behind restaurants like Dandan, Char’d and Uncle Wolfie’s Breakfast Tavern in Milwaukee.

Updates include the installation of a two-deck stone-lined pizza oven and a double-decker convection oven for house-made breads. The number of tap lines at the bar will also increase from three to 24, featuring local beer, wine, kombucha and cider.

Meanwhile, the seating area will be redesigned to accommodate a seven-seat bar, banquette seating and an area featuring modern lounge furniture. Updates will also be made to table seating to provide a variety of settings for guests to enjoy spread over two floors.