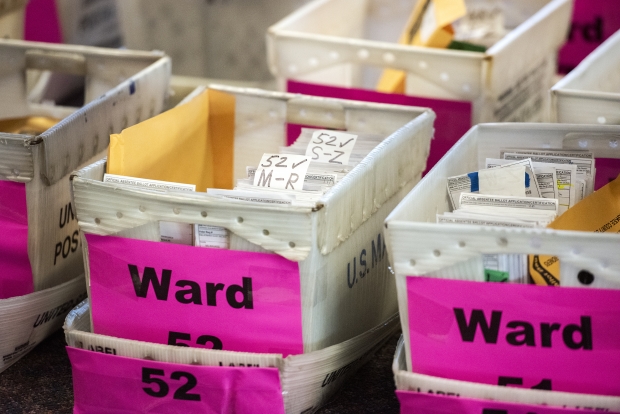 The Associated Press called Wisconsin for former Vice President Joe Biden Wednesday afternoon, but finding out who won the presidency could take a few more days.

With record absentee and early voting across the country, counting ballots is taking longer than usual. On Wednesday, some voters in Wisconsin said they don’t mind the extra time this election process is taking. Others are feeling more anxious.

Yvette Watkins stayed up until about midnight watching election results. She would have continued watching, but had to get to work at Pete’s Food Market in Milwaukee early Wednesday.

Watkins said she never misses an election, but that this one was even more important to her than previous times.

“Right now the way this world is going, even though I voted for Biden — even though I don’t care for either one of them — hopefully he might do a little better,” Watkins said. “In the back of my head, I think Trump will win. How, I don’t know, because Biden is up. But if he do, what can I say?”

Rosanne Kuemmel, of Caledonia, said she wished everyone could vote at once, and that there would be a faster, accurate count.

“There is just so much opportunity for things to get lost, or changed even. You know, you don’t like to think that way, but that possibility exists,” Kuemmel said.

Kuemmel voted for President Donald Trump. She said she isn’t confident in the election process because there are too many variables.

Harper Baeman, a student at the University of Wisconsin-Eau Claire who voted for Biden, said she is holding out hope he’ll win the election, but knows it could go either way.

“The last election I was so shocked when Trump won, so I’m trying to keep my hopes low,” said Baeman.

Baeman said the close race shows how divided the country is.

“It’s not even about policy anymore. It’s more like you just want to pick a side,” Baeman said. “I’ve been seeing MAGA and Trump merchandise and it’s more of a club or a hobby than (voters) liking Trump’s policies.” 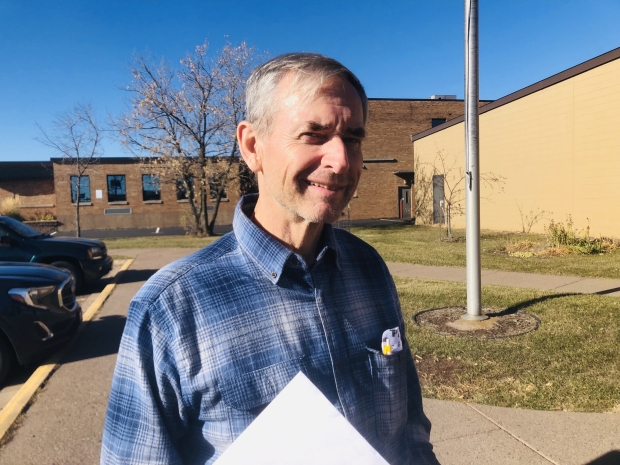 Village of Superior resident Gary Lavalley, 68, said outside the Superior post office on Wednesday, Nov. 4, 2020, that he voted for Trump because he favored the president’s tax policies over Biden’s proposal. He thought Biden would’ve won in a landslide because of Trump’s demeanor. Danielle Kaeding/WPR

Gary Lavalley, of Superior, also said the close race shows how polarized the nation has become.

“I want to see the country work as a country and not be so polarized and come together in the middle,” Lavalley said. “Everybody that’s extreme one way or another, kind of come together and be less extreme, and look at it as a society where everyone has to get along and work for the common good of everybody.”

Lavalley backed Trump in this election, but he said he would have voted for a Democrat if they had had a more moderate candidate.

Lavalley thought Biden was going to win by a landslide because Trump’s demeanor doesn’t appeal to many.

“I just don’t like his bullying concept. The way that he treats people, it’s just not right. I like the things he was going after, but I don’t like the way he was doing it. His personality traits were not acceptable to me to be the leader of our country,” he said.

Ken Meysman, 65, backed Trump, but said whoever wins, he wants to see a peaceful transition of power. Meysman, a resident of Poplar, thinks the country needs to agree to disagree in order to move forward.

For him, people’s politics shouldn’t create so much animosity between each other.

If Biden wins, Meysman wants him to work to bring manufacturing back to this country. He wants to see the nation become more independent, adding that extraction of natural resources plays a role in that. As for the pandemic, he feels “people in the ivory towers” are telling others who lack the same kind of security and benefits to forgo their livelihood for the sake of public health.

“Most people don’t have that option. They have to go to work. It’s a calculated risk now,” he said. “It’s just another thing that can kill you.”

As of 6:00 a.m. on Thursday, the Associated Press had yet to call races in Nevada, North Carolina, Georgia and Pennsylvania.