By Ana Martinez-Ortiz, Milwaukee Neighborhood News Service - Oct 30th, 2020 11:01 am
Get a daily rundown of the top stories on Urban Milwaukee 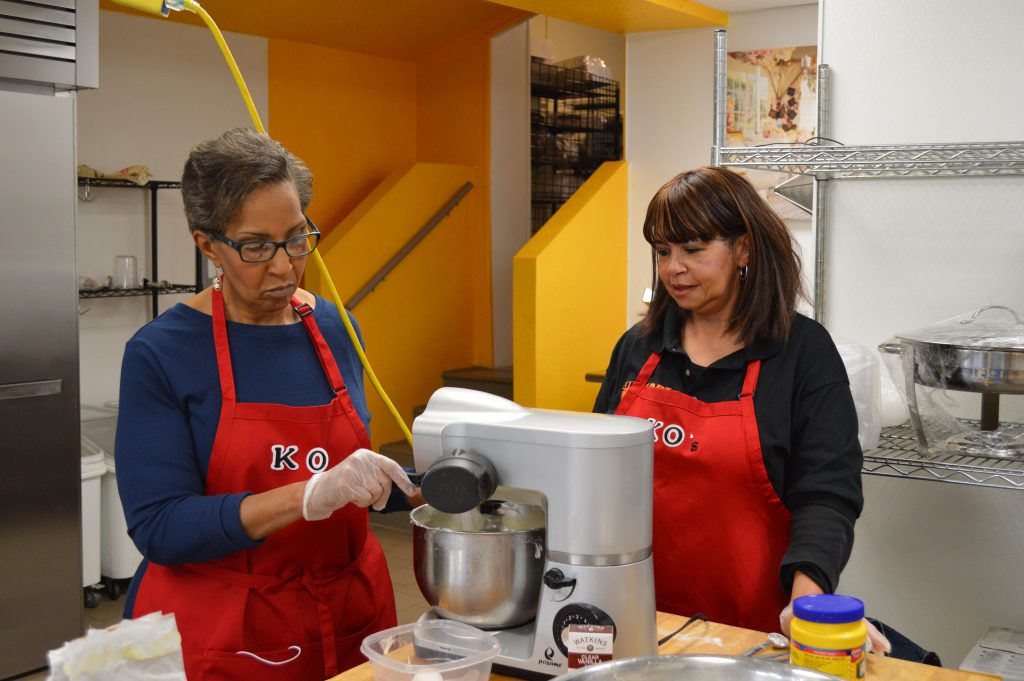 Sisters Kaye and Olivia Muhammad are women who mean business.

Their goal is to turn their company, K.O.’s Delicious Desserts, into their full-time hustle, and they just took a step closer to their goal.

Kaye, who works in transit, and Olivia, who works in the insurance field, went into business together after a party, where someone asked where they could buy Olivia’s desserts. The sisters got to work right away, obtaining their licenses and perfecting their product. But finding a commercial kitchen wasn’t easy.

After seven years, it was just what they were looking for.

The Prism Economic Development Commission is a part of Parklawn Assembly of God, a church based in the Sherman Park neighborhood. The commission was created in response to the 2016 Sherman Park unrest after church leaders saw that some residents were frustrated because of unemployment and unfulfilled dreams.

It was the catalyst the church needed to launch the commission, said Bishop Walter Harvey, who retired this year as lead pastor of Parklawn Assembly of God, 3725 N. Sherman Blvd.

“We wanted to do more to bring transformation in people’s lives other than a Sunday gathering,” said Harvey, the president and CEO of Prism Economic Development Commission. 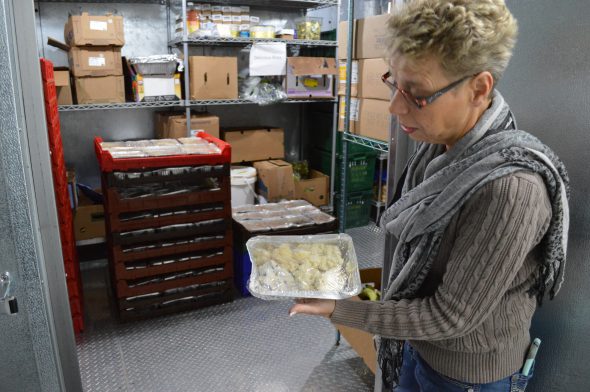 The group decided to start with food because, Harvey said, it’s a natural win – everybody loves food, and it’s a gathering tool.

The kitchen is both feeding people by distributing meals and feeding the dream of the entrepreneurs, mainly caterers and food truck owners who all identify as ethnic minorities, Harvey said.

Currently, eight entrepreneurs are using the kitchen, 23 are waiting for their licenses to be approved and 75 are on the waiting list.

“These are people that just love cooking and love providing a service, and we wanted to provide a space for them with state-of-the-art equipment that would allow them to grow their businesses,” Harvey said.

Kaye and Olivia Muhammad said UpStart has helped them with the marketing side of their business.

“You could have a million-dollar product but if nobody knows you have it, then it’s not good, and UpStart has given us a glimpse of marketing,” Kaye said.

The sisters heard about the kitchen in an email from Pat Jones, the kitchen manager of UpStart Kitchen.

Jones is the first point of contact when an entrepreneur wants to join the kitchen. She worked for over 30 years at a country club before moving to iPic Entertainment and eventually started her own catering company.

Prism initially hired her to help with a fundraiser, but she became an asset because she knew her way around the kitchen and the business side of things. Now Jones helps entrepreneurs with obtaining licenses, marketing, networking and more.

“It’s about identifying how to help a person,” Jones said about her role. “There’s one person who just needs nothing, but the other person may need to sit down and have me type on the computer for them, might have to follow up with emails or monitor a lot of things for them.”

For example, Kaye and Olivia are really competent, Jones said, but they needed support in terms of networking and building their business.

A blessing in the delay 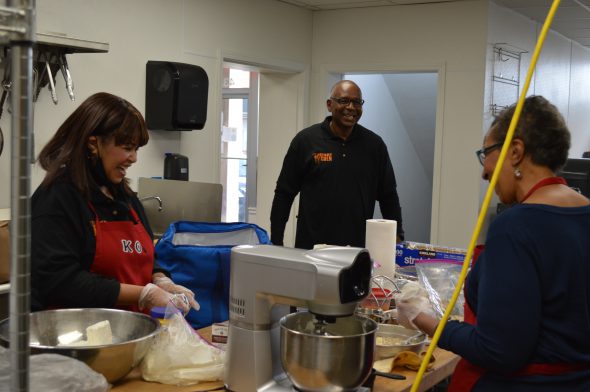 Bishop Walter Harvey says the unrest in Sherman Park in 2016 was the catalyst for the Prism Economic Development Commission. Photo by Ana Martinez-Ortiz/NNS.

The commission planned to launch the kitchen earlier this year, but the arrival of COVID-19 set the grand opening back to late September.

“There was a blessing in delay,” said Harvey. “That gave us the opportunity to train some of our first food entrepreneurs on our equipment and to give them an exposure to this type of commercial incubation space. As a result of that, we started making emergency meals for a few nonprofits. That has evolved into an emergency meal program that today is feeding 7,000 people every month.”

Thanks to a $50,000 grant from Ascension Wisconsin, the group will be able to make meals for the next six months. According to Jones, the group distributes meals to senior centers, nonprofits and churches and includes such entities as Community Warehouse, Mount Cavalry Lutheran School, Just One More Ministry and Housing First. It also receives weekly requests.

The emergency meals are prepared by volunteers, Jones explained, but occasionally an entrepreneur will contribute something such as cookies or bread.

“I am proud of my entrepreneurs . . . they’re all so kind-hearted,” said Jones. “And I’m equally proud of the community meal program, because we’re making that many meals made from scratch and we keep going.”

Jones said the need for more kitchens and spaces like UpStart is huge, she said, as evident by the kitchen’s waiting list.

As for Kaye and Olivia, they are ready to quit their day jobs and spend their time creating delectable cheesecakes, cakes and other baked goods.

“This time around, we’re going full force with our business,” Olivia said. “This is where we want to be, it is our passion.”