In response to the pandemic, the owners of Voyager adjust their business model. 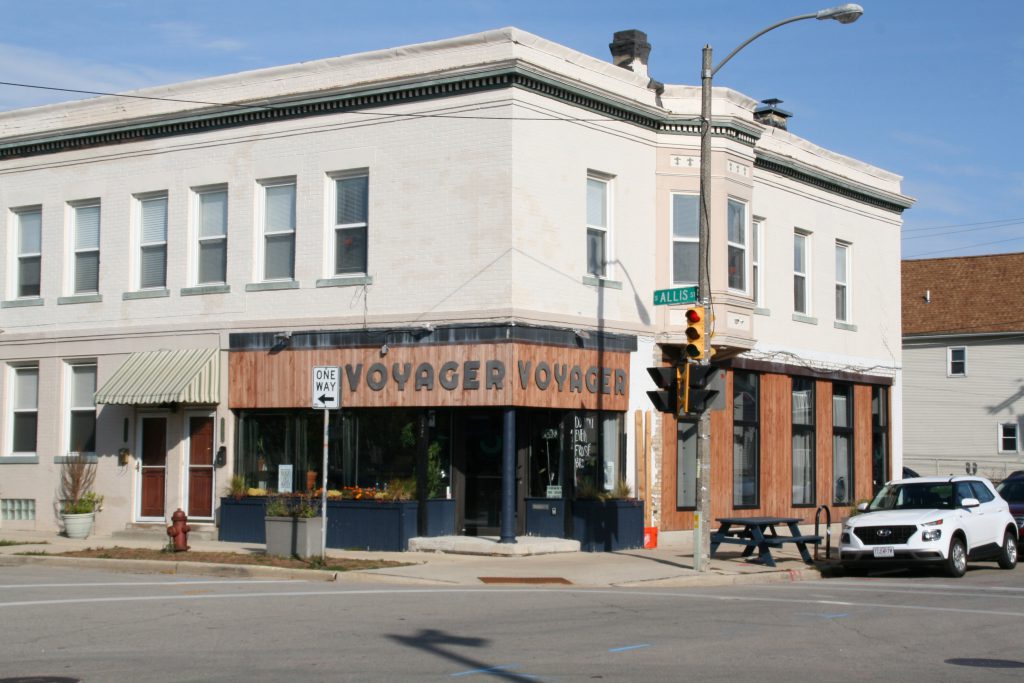 Like a lot of businesses in this pandemic, even a wine bar in Bay View had to come to grips with the reality that it must adapt or die.

But the owners of Voyager, a wine bar at 422 E. Lincoln Ave., were ready and willing to do it.

Jordan Burich, one of the owners, told Urban Milwaukee that before they ever opened their doors, they were interested in operating as a retail establishment. But they struggled to get a license for it under the previous alderman for the neighborhood, Tony Zielinski.

So, instead they opened as a wine bar. Now, in an effort to stay open and also make the experience safer for their customers, they are turning Voyager into a hybrid wine bar and shop.

It will still sell the “weirdo bottles” of wine its patrons have come to expect. That is, small producers, natural wines, international wines from regions not as recognized as say, Burgundy or Tuscany.

And along with that, they will be selling “cool, nerdy cheeses” and cured meats and tinned seafood conservas, Burich said. And they’ll work with customers on finding the right wine pairing for everything.

And for anyone uncomfortable browsing the shop, Voyager is rolling out an online store. The new retail concept will be open as of early November, Burich said.

The shift to retail is possible because the city has been understanding of the pressures small businesses like Voyager have faced since the pandemic hit, Burich said. Because Voyager is a very small business, it didn’t take much for them to shift their model and rebrand as a retail space, Burich said.

Get a daily rundown of the top stories on Urban Milwaukee
In the spring, when the city first relaxed licensing restrictions allowing businesses to adapt their business model to the pandemic, it was a bit like the wild west for the small business community.

But Voyager has been moving slowly, Burich said. The owners have been making careful moves to adjust. “We understand the gravity of the situation and how vulnerable people in our population are,” he said. They wanted to make sure the business could operate and be safe for customers.

Ultimately, Burich said he and his business partners at Voyager are trying to stay positive and keep the business humming along, because “dammit, this neighborhood needs some good wine.”