Why I Work for Undocumented Youths

I grew up living in fear, like so many today. We need immigration reform. 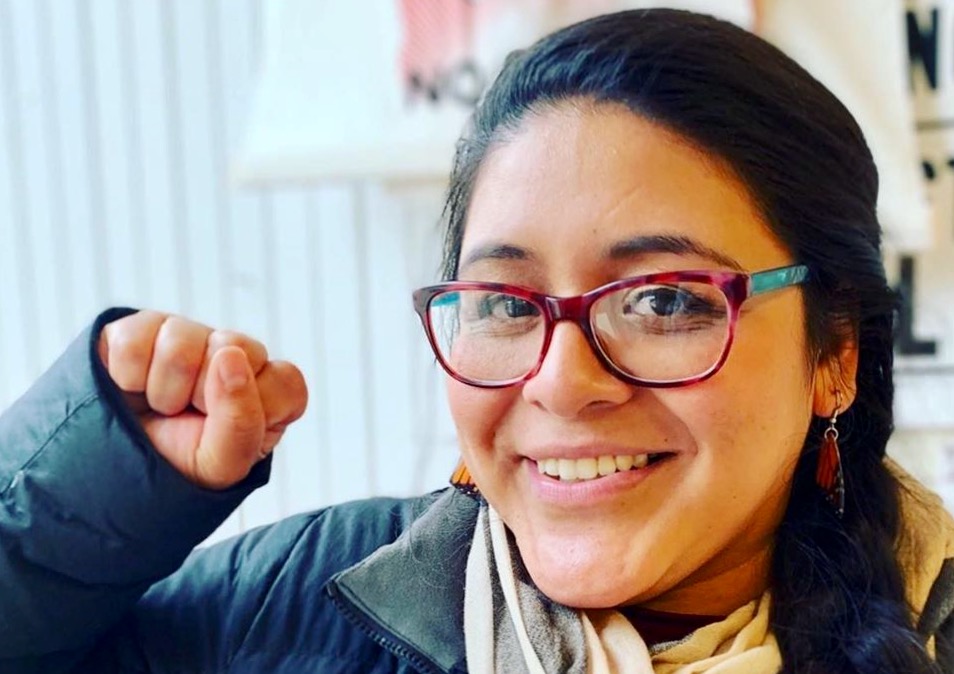 My parents made the choice to bring my older brother and me to the United States after my fifth birthday. Poverty and the impending danger of drug cartels forced my parents to flee the country for their children’s sake. Life in the United States fared much better for my family.

My undocumented parents went from sleeping on the floor of an attic with their children, in a shared home off Cesar Chavez Drive, to becoming homeowners with their Legal Permanent Residency in the Silver City neighborhood.

While the rest of my family has gained legal status in this country, my pathway to citizenship has been longer and more difficult. My experience with the United States immigration system has pushed me to become an advocate for immigrant rights and to empower undocumented youth in Wisconsin to come out of the shadows and live their lives without fear.

My earliest memory of finding out that I was undocumented was when I was 12 years old and I was a student at Samuel Morse Middle School. My mother told me I wouldn’t be able to get financial aid to go to school because I didn’t have a Social Security number after I told her I wanted to be a teacher. I didn’t know what any of that meant, I just knew I wouldn’t be able to get what I wanted. It wasn’t until my junior year at Milwaukee High School of the Arts, when I saw my friends prepping for their lives after high school, that it hit me. I had no idea what would happen to me. What was my life going to be like after graduation?

After I graduated from high school I didn’t adapt to the real world with grace. While I was able to find jobs to support myself financially as a nanny in Shorewood, I was always fearful of what would happen to me if I was pulled over by a police officer. Without a driver’s license, the simple act of commuting to and from work could get me in trouble. Could I be deported? Would I see my family again? The stress and anxiety got to be too much, and I eventually started to abuse alcohol to suppress the fear. Eventually I began thinking about ending my life so I wouldn’t have to deal with the fear anymore. I wanted to be at peace.

Fortunately, I have a very loving mother and at the time I was a part of a very supportive theater community. They pulled me out of my dark thoughts and helped me cope with my mental health issues through affirmation and love. Around that time, I also found hope in an emerging movement led by undocumented youth.

I was inspired by a group of young immigrants who voluntarily came out of the shadows to tell their stories and state that they were “Undocumented and Unafraid.” It was their advocacy that pushed President Barack Obama to sign the Deferred Action for Childhood Arrivals, or DACA, in 2012, granting undocumented youth in the United States protection from deportation and a work permit. I was happy to apply in 2013 and even happier when I received my approval in 2014. I was able to obtain my driver’s license, pay my way through college and follow my passions.

Because of the actions and the results from a young group of immigrant advocates, I vowed to work toward a pathway to citizenship for all. I didn’t want other children to experience what I went through.

My first experience as an activist was in 2017, while I was still a freshman at Alverno College. I worked with Voces de la Frontera to pass the sanctuary resolution in Milwaukee County. I shared my story and the importance of making sure undocumented immigrants feel safe around law enforcement to report crimes or problems in their communities. After the resolution passed, I kept working with the organization by advocating for Driver’s Licenses for All and a Clean Dream Act.

While we fight for immigration reform, I want to help other undocumented youth navigate the world without status. Since the recension of DACA another generation of kids is going out into the world without protection. The weight of the fear and uncertainties can be toxic and deadly, and I want to alleviate some of those pressures.

My role as the youth organizing statewide director for Youth Empowered in the Struggle allows me to do that and more. In the last year we have used combined efforts of protests, acts of solidarity and electoral power to enact change at local and statewide levels.  That is what activism looks like to me, the act of voicing your concerns on the streets and in public community hearings. For those of us who can’t vote, it is the most powerful way to make a change.

Which is why I am asking those who believe in human rights to vote this November. I am asking you to be my voice at the polls. Be the voice of undocumented youth, be the voice of their parents, be our voice. And after you vote – organize.