State officials don’t have an opimistic tone for what comes next in Wisconsin’s fight against COVID-19.

“We know this is going to get worse before it gets better,” said Department of Health Services Secretary-designee Andrea Palm in a media briefing Thursday afternoon. “Our numbers are high and they’re growing rapidly.”

What started in September with a surge of cases in the state’s younger residents now is afflicting all age groups. “What we are seeing now in the state of Wisconsin and have been seeing in all age groups is very intense community spreads,” said Palm. Fifty-seven of the state’s 72 counties meet the state’s threshold for “very high” spread.

A total of 20,495 cases were recorded in the past seven days, a new high. The seven-day case high before September, and now October, brought a surge of cases with it was 6,512 for the week of July 26th.

The increase in testing hasn’t resulted in the percentage of people testing positive falling. The seven and 14-day positive case rates now stand at 21.92% and 20.39%, both are record highs. The figure measures the percentage of tests that indicate a new case of COVID-19. The 14-day figure hit a low of 2.69% on June 19th.

Get a daily rundown of the top stories on Urban Milwaukee
Officials have looked for the positive case rate to trend downward to indicate a slowing spread of disease and sufficient testing. Multiple public health benchmarks call for the positive case figure to be sustained under five percent.

The Wisconsin Hospital Association reported 1,043 active hospitalizations on Thursday, a record high. The total is up 26 from Wednesday and up 136 from a week ago. Thirty days ago the figure stood at 370.

DHS reports that 138 people were newly hospitalized in the past 24 hours, bringing the outbreak total to 8,892.

“We need to do all we can right now to break that transmission, to stop the spread”, said Palm. “But it will take time before we see the fruits of that labor in reduced hospitalizations and reduced community spread.” Wearing masks and restricting gatherings is part of that. She said there is no doubt that masks slow the spread of the disease. “My mask protects you, your mask protects me,” said Palm. “The evidence is clear.”

DHS reported 17 new deaths, bringing the statewide total to 1,553. There have been 554 deaths recorded in Milwaukee County. An average of 11.1 deaths per day have been reported across the state over the past 30 days, the highest average on record. A month ago the rolling average was 6.3. 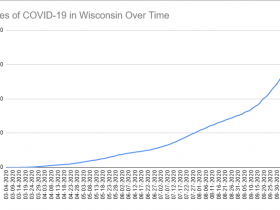 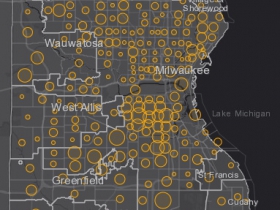 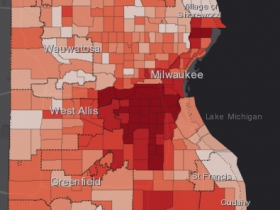 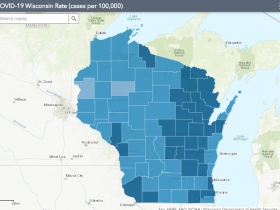 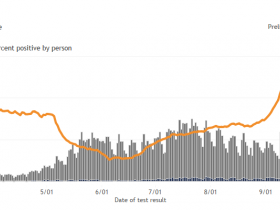 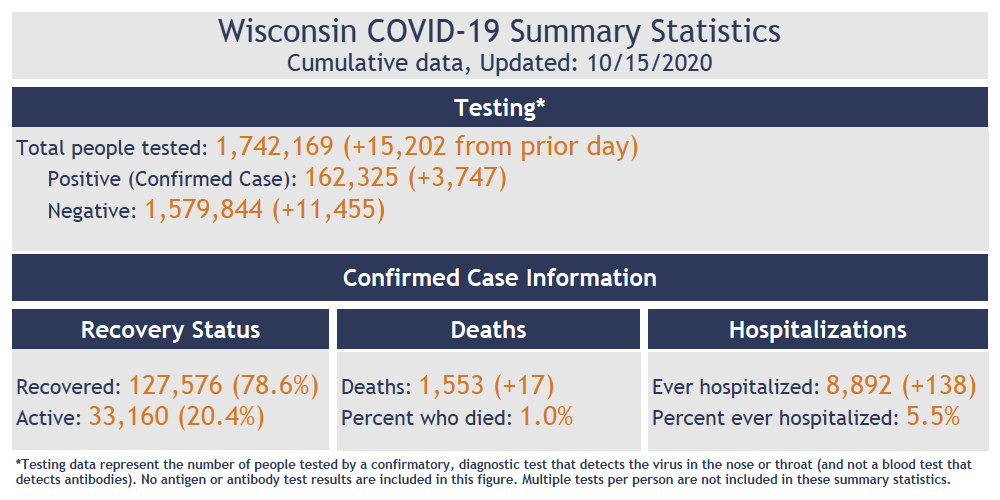 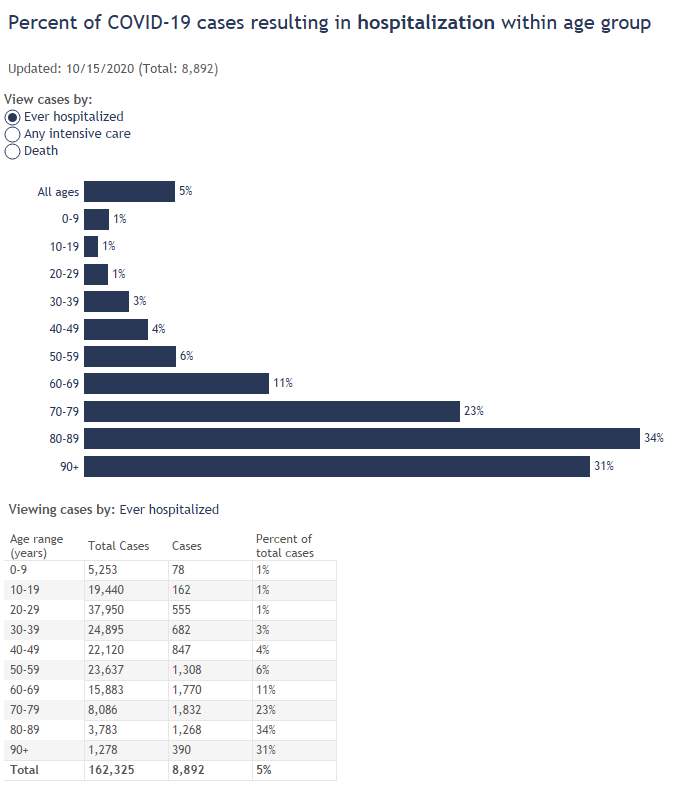