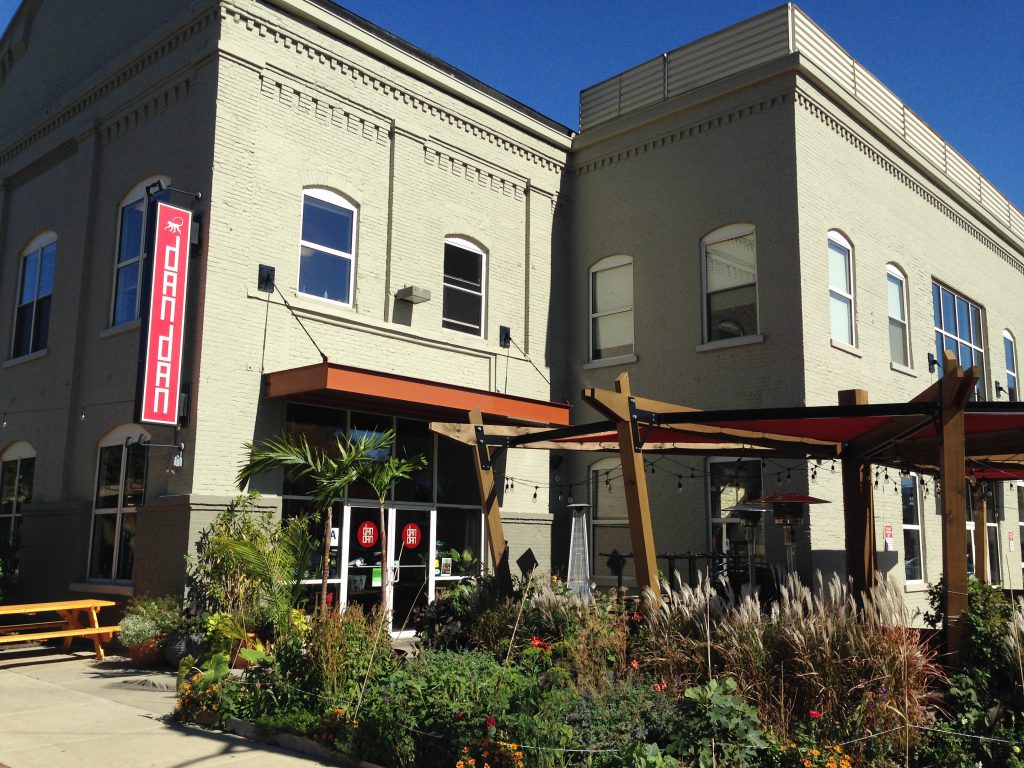 … guests will enjoy the addition of a number of items on the dinner menu, as well of the return of Peking Duck service. They will also experience a redesigned dining experience created with safety at the fore.

The decision to reopen was not a top-down edict, notes co-owner and chef Daniel Jacobs...

“We decided as a staff to reopen,” he says. “And we wouldn’t have done it if everyone hadn’t agreed that it was a good idea, since we fully recognize that our front of house staff are taking on the greatest risk by dealing with customers.”

… they’ve taken myriad precautions including the installation of a UV filtration system called iWave, which uses carbon fiber brushes to produce a refined electrical charge that proactively and safely cleans the air, recycling the air in the restaurant in 15-minute cycles. Air purifiers will also be used around the restaurant to better circulate the air.

Masks will be required at all times for both employees and guests. Guests will be instructed to wear masks whenever they are moving about the restaurant or interacting with staff (masks can be removed while eating or drinking).

Employees will also undergo temperature checks before all shifts, in addition to weekly COVID-19 testing, which ensures that all staff are healthy and able to safely serve restaurant guests.

The restaurant will also be configured differently. Dining tables will be properly distanced and divided by attractive partitions created by Three Sixty, the folks who designed and built the interior for Dandan when it opened in 2016…

Dandan will also continue to offer carry-out. Outdoor dining options will also persist for as long as weather permits.

Dandan will be open Tuesday through Sunday from 4 to 9 p.m. 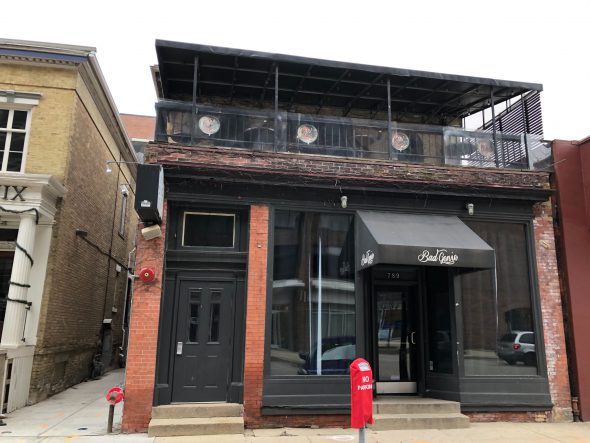 Bad Genie, a downtown club located at 787-789 N. Jefferson St., closed for good earlier this year at the start of the pandemic. However, a new bar and restaurant named Allure MKE will take over the space and plans to open on Thursday, October 15. Milwaukee Record’s Tyler Maas reports:

Allure will retain the indoor and outdoor upper-deck spaces of Bad Genie, but it will also sport a newly installed kitchen and a menu that may include items like wings, pasta, tacos, and nachos. Sidewalk dining is also planned for warm-weather months.

Alcohol is projected to make up 65% of Allure’s business, with food coming in at 25% and entertainment at 10%.

Tino Bates is listed as the sole owner of both Allure and the entire building. Back in 2018, Bates opened Truth Lounge in the former Valhalla space at 1111 N. Old World Third St

Interval, a coffee shop at 1600 N. Jackson St., has turned one of its pop-ups into a regularly available menu. Fredrich reports:

Interval guests will be treated to a new menu of Scandinavian inspired treats, including inventive pastries and tartines, all of which capitalize on fresh, seasonal ingredients.

The new Scandinavian offerings, created by Alex Kanastab, will be offered during regular business hours and complement the menu of weekend specials created by Chef Brian Dubowski.

Kanastab, a Milwaukee native and coffee veteran, says his culinary pursuits were actually inspired by his work with coffee. He spent years experimenting with flavors in his home kitchen; but gleaned additional insights staging in a chef friend’s kitchen in Portland, Oregon where he lived and worked before moving back to Milwaukee this spring…

Offerings will include sweet treats like a classic cardamom bun featuring warming cinnamon, cardamom and pearl sugar ($4); gluten-free pumpkin bread with orange mascarpone ($5); and a ryeso cake made with rye, buckwheat, miso and dark brown sugar ($5). Ginger rye and almond cookies will also be featured ($3).

Tartines will feature a base of housemade sourdough rye bread made with Great River Milling Rye and a variety of toppings. They will be available in both half and full sizes. Most will be savory, with the exception of a fruit-based tartine with fermented blueberry jam, lemon ricotta and thyme ($8/$15).

Avocado toast lovers are likely to be drawn to the Avocado, a tartine topped with avocado-feta whip, a six-minute egg, chive oil and calabrian chili crisp ($8/$15).

Brothers Bar and Grill (1213 N. Water St.) is reopening after closing down in November to expand. The new expansion has added the next-door space that formerly housed Milwaukee Moulding & Frame. The Journal Sentinel’s Jordyn Noennig reports:

After almost a year it is reopening an 8,000-square-foot space that includes ample seating, an arcade and dance floor. There are 45 TVs throughout the building for game watching and 40 draft lines for beers. A 2,000-square-foot beer garden is outside.

The bar and restaurant chain is based in La Crosse and has 20 locations across the country. Fortney said Brothers started as a college bar, but its new locations have been larger and more family-friendly.

The Milwaukee Brothers is the first remodeled location in Wisconsin.

The new full kitchen will serve lunch and dinner. Its menu includes burgers, wings, salads and more with daily food and drink specials.

Fortney said they will monitor the COVID-19 situation and such things as the dance floor may not be open to start.

Brothers has received City of Milwaukee approval for its COVID-19 safety plan. Under Gov. Tony Evers‘ mandate this week that restaurants are limited to 25% capacity, the space will have a capacity of 240 people, plus the beer garden.

Crafty Cow (2675 S. Kinnickinnic Ave.), a family-owned bar and restaurant that first opened in Oconomowoc, has announced via a press release that it is launching two ghost kitchen concepts. A ghost kitchen is a specialized menu that can only be ordered online or through delivery apps. The two concepts are Fiesta Panda — a Mexican, Asian and American fusion menu — and Big Wings — a boneless and bone-in wing joint. The press release also notes that the restaurant will be adding two new online delivery partners. Fiesta Panda will offer menu items like a ramen-stuffed burrito and Nashville Hot Lumpia — Filipino-style spring rolls stuffed with Nashville hot chicken. Big Wings will offer a variety of sauces with its wings such as Korean BBQ, MKE Lava and Gochujang, a red chili paste popular in Korean cooking. Fiesta Panda and Big Wings will be available to order starting October 9.

Ferch’s Malt Shoppe & Grille (5636 Broad St. in Greendale), a retro malt shop serving American classics like burgers, hot dogs and malts, has announced via a heartfelt Facebook post that it will close for good after over 30 years of service. In the post, owner Betty Ferchoff cites her and her husband’s retirement as the reason for the closure. Ferch’s Beachside in South Milwaukee and Ferch’s Crafthouse Grille in Wauwatosa will remain open. The Ferchoff family opened Ferch’s Malt Shoppe & Grille in 1987.