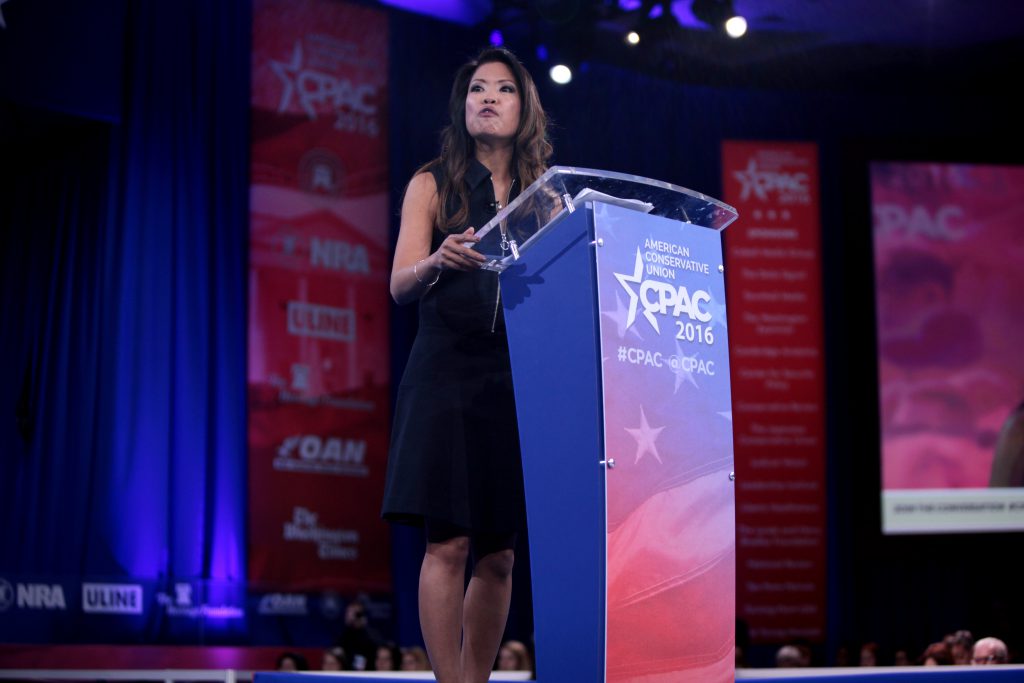 James Wigderson is a stalwart Republican who wrote a blog for years, then became a contributor to conservative publications like Right Wisconsin and moved up to editor of that publication after Charlie Sykes pulled off his vanishing act, quitting his position as WTMJ talk radio host and as editor of Right Wisconsin. Wigderson was left to keep the lamp of conservative journalism burning in Wisconsin, and it hasn’t been easy.

All the more so, I suspect, because Wigderson has been willing to disagree with the GOP party line. Thus, he argued back in early April that Republican legislators should delay the spring election, as Gov. Tony Evers urged, because holding in-person elections across the state would be unsafe: “the recent Florida primary has shown, there is a legitimate public health issue of holding an election during a pandemic,” Wigderson wrote. His column noted the data then coming in suggesting early mail-in voting was heavier in GOP areas but nonetheless stood up for public health rather than helping the party win the race for the state Supreme Court. It was a brave stand, but ignored by Assembly Speaker Robin Vos and Senate Majority Leader Scott Fitzgerald, who insisted the election be held with no delay.

But that was minor stuff compared to Wigderson’s latest salvo, which was given a national platform by the anti-Trump conservative publication The Bulwark, which Sykes helped found and as editor-at-large, is a frequent contributor. Wigderson’s story is called “They Went Full Malkin. You Never Go Full Malkin,” with the subhead, “Tracing the decline of the Wisconsin GOP.” It is an attack on the citadel of the Wisconsin GOP, Waukesha County Republicans, on controversial alt-right commentator Michelle Malkin and conservative talk radio (WISN/WIBA) personality Vicki McKenna, and beyond that on the overall hard-right (or is is weird right) turn of the state Republican Party under President Donald Trump.

As recently as 2018, Wigderson writes, “The Waukesha County Republican Party had Speaker of the House Paul Ryan as the featured speaker at the Lincoln Day Dinner… His remarks included his thoughts on Florida’s Stoneman Douglas High School and how authorities failed to prevent a 19-year-old from committing a mass shooting there.”

If Ryan was concerned about preventing violence, the emphasis was on fomenting violence a recent event held by the Republican Women of Waukesha County. “The Republicans in attendance gave the mother of Kyle Rittenhouse a standing ovation,” Wigderson reports. “The 17-year-old Rittenhouse is currently fighting extradition from Illinois after he allegedly killed two rioters in Kenosha, WI and wounded a third. His mother drove him to Kenosha from Antioch, IL, so he could join the local ‘militia’ group…Instead of a standing ovation, his mother should be condemned.”

Malkin, the guest speaker for this event, has become infamous for defending the white nationalist and antisemitic group, the Groypers, and their leader Nick Fuentes. “She is also a defender of the ‘Proud Boys,’ the right’s violence-in-the-streets answer to Antifa,” Wigderson writes. “We shouldn’t be surprised about Malkin’s ‘turn’ to the anti-Semitic right. This is the same Malkin who parachuted into Ryan’s district in 2016 to endorse racist Paul Nehlen in the GOP primary.”

The emcee for the event was McKenna, who has gone “full Malkin,” Wigderson notes, hailing Malkin as a “righteous conservative woman” and a “freedom fighter,” and “supporting the ‘militia’ that showed up in Kenosha and calling on others to do the same even after Rittenhouse allegedly killed two people.”

It’s all part of a party in decline in Wisconsin, Wigderson laments, spreading the blame further: Gov. Scott Walker “went all-in on anti-immigration rhetoric in the presidential campaign of 2016 and failed miserably. He lost his re-election campaign in 2018. Priebus is practically exiled after his disastrous White House stint,” Wigderson notes.

“And the Republican Party of Waukesha County, upon which the GOP relied for their success in the state, has sunk into the sewer of associating itself with Malkin and Malkin-wannabe McKenna. So far, only one Republican leader in the state has condemned Malkin’s appearance, Fond Du Lac County Party Chairman Rohn Bishop.”

It’s a scathing assessment of a party being corrupted by the virulent views of Trump, and leaves one to wonder if there is room anymore in the ever smaller tent that is today’s GOP for the likes of Widgerson, a likable conservative who is unwilling to jump into the cesspool of white nationalism.

Right Wisconsin had long relied on funding secured from or by conservative heavyweights like R.J. Johnson and Eric O’Keefe, but they ending the funding, which was a factor in Sykes resigning. Wigderson seems to be operating as a one-man band at Right Wisconsin, which limits what it can do.

O”Keefe, meanwhile, started Empower Wisconsin, another right wing site which bills itself as “Wisconsin’s premiere conservative information hub,” but doesn’t seem to be doing much news coverage. Its primary reporter is M.D. Kittle, who worked with the now defunct conservative publication, Wisconsin Watchdog, which began in 2011 as the Wisconsin Reporter, with funding from the Franklin Center for Government and Public Integrity, which in turn got significant funding from O’Keefe’s Sam Adams Alliance.

The Wisconsin Reporter was obsessed with the John Doe investigation that targeted Walker and third party groups like the Wisconsin Club for Growth, which O’Keefe helped run, and the publication did some 385 stories attacking the probe. But it seemed to have far more resources and staff than either Right Wisconsin or Empower Wisconsin.

On the left the progressive Wisconsin Examiner, founded last year, has a staff of four and has broken many news stories. There has been nothing remotely similar covering news from a conservative perspective in Wisconsin since the demise of Wisconsin Watchdog.

The thing about good journalism is that it’s unpredictable and results in stories that go contrary to a certain party line, as have some of the columns by Wigderson. That can be helpful to a party that’s looking to broaden its reach and better hone its arguments. But the Wisconsin Republican Party has become an ever narrower group, with gerrymandered districts, party line thinking and ugly events like the one Wigderson dared to expose. Journalism is the last thing a party like that wants.

2 thoughts on “Murphy’s Law: The Decline of Wisconsin’s Republican Party”