Have You Made Your Voting Plan? 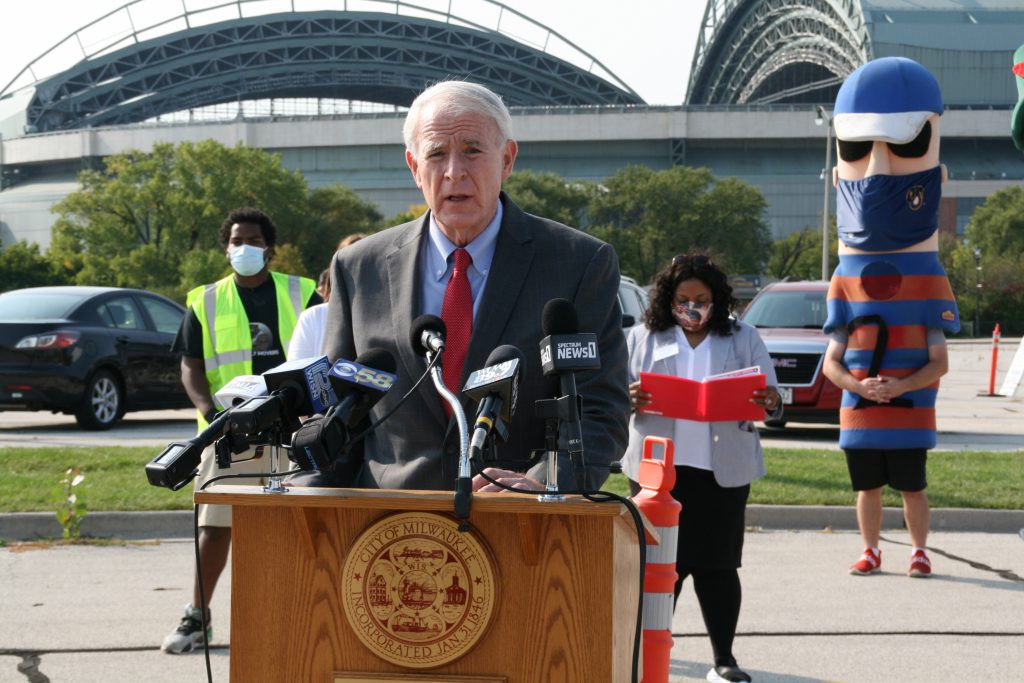 It’s 42 days until Election Day, do you know how you will cast your vote?

Milwaukee officials are calling on individuals to be prepared to vote in the coming election.

“This election more than any other is about preparation,” said Mayor Tom Barrett at a press conference held in a Miller Park parking lot.

The Milwaukee Election Commission partnered with other municipalities to hold a voter registration drive in the ballpark parking lots in recognition of National Voter Registration Day.

“We have got 75 percent of eligible voters registered to vote,” said Barrett. “Now the trick is to get them to vote.”

Hundreds of people took advantage of the drive-through registration Tuesday. The process can also be completed online through October 14th and in-person at an early voting site or a polling place on election day.

“We want to use National Voter Registration Day to really encourage voters to make their voting plan,” she said.

Common Council President Cavalier Johnson walked the crowd through his family’s plans, detailing how his wife requested an absentee ballot to vote by mail while he will vote by mail.

Johnson, Woodall-Vogg and others encouraged people to check their status on the state’s My Vote WI website.

Peggy Creer, president of the League of Women Voters, said that if someone questions if their vote matters, they need to look no further than the next advertisement they see.

“Those spending millions of dollars to influence your vote think your vote is important,” said Creer. “We hope you do, too.”

Woodall-Vogg said ballots requested before September 17th, when the city began mailing ballots, should arrive shortly. “Ballots are in the mail stream now,” she said. She said voters should allow a week before contacting the commission with questions.

Early voting begins October 20th and runs through November 1st. Voters will be able to use any of the 18 early voting sites in the city, including Fiserv Forum (inside) and Miller Park (drive through). Drop boxes are available to return absentee ballots. 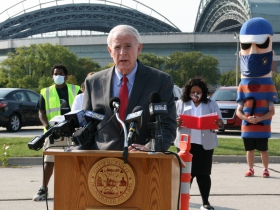 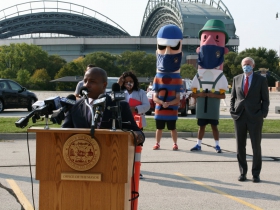 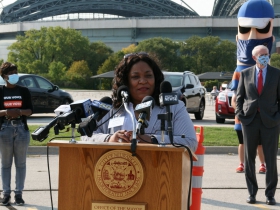 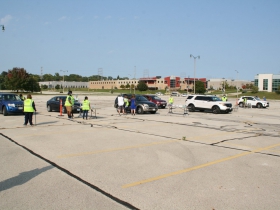 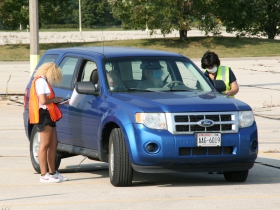