A complaint last week about the tax returns of one of the funders of Republican political campaigns threw  a spotlight on an open secret about money in politics in Wisconsin: While political parties field the candidates, outside groups foot a significant part of the bill.

And it’s become easier to hide where those groups are getting their money.

“The elections are being taken over by outside groups that can just raise outside money,” says Matt Rothschild, executive director of the Wisconsin Democracy Campaign, which monitors political spending.

On Sept. 8, a Washington, D.C., government watchdog group filed a complaint that the nonprofit Jobs First Coalition failed to properly disclose nearly $1 million it had passed on to its separate political fund — money that went to buy advertising for Republican candidates and against Democratic ones in 2016 and 2018 campaigns for the state Legislature.

The coalition’s tax returns submitted to the IRS for those three years never included those donations as “political spending” — which is required under IRS regulations, according to the complaint, filed by the Campaign for Accountability in Washington, D.C.

On its face, the complaint is about paperwork. But what it also lays bare is that the people who gave that money in the first place remain a mystery — and that the secrecy, under current Wisconsin law, is probably legal.

“It’s a shell game — and the citizens are the marks,” says Rothschild. “It just makes a mockery of our campaign finance laws and our ability to limit big donations, and let people know where  the money’s coming from.”

The role of less-regulated and unregulated money from organizations outside formal candidate and party campaigns has been growing in Wisconsin over the last two decades.

In 2018, according to the Wisconsin Democracy campaign, spending on races for the state Legislature topped a record $35.8 million. Two-thirds of that — $23.6 million — was raised by candidates and party campaign committees. Much of that is traceable to individual donors or to political action committees, which must also report their donors.

But the remainder — $12.2 million, fully one-third of the total — came through outside groups. Where that money comes from can be more and more difficult to tell. And in the case of the Jobs First Coalition, it’s entirely opaque.

Founded in 2009, the Jobs First Coalition in the first four years of its existence spent at least $260,000 on unregulated and unreported “issue ads,” according to the Democracy Campaign in a 2014 report.

Besides those ads — and its later donations to its own political fund for campaign election advertising — the Jobs First Coalition’s main reason for being appears murky.

The 2018 Form 990 tax return filed with the IRS includes this description of the organization’s mission: “The Jobs First Coalition works to make the creation of family supporting jobs the top priority of policymakers and community leaders in Wisconsin.”

The return asks if the organization has done any lobbying; the answer is “no” — and, indeed, the Jobs First Coalition has never registered as a lobbying group with the Wisconsin Ethics Commission.

Where the 2018 tax return asks what has been spent on “program services,” the Jobs First Coalition reports  $1.9 million for “an informational campaign that included direct mail and radio/TV advertising”; $52,811 for “an informational campaign that included educational speakers”; and $32,000 for “polling to gauge public opinion on issues important to job creation.”

The return also asks whether the organization engaged in any “political campaign activities on behalf of or in opposition to candidates for public office,” the answer given is again “no.”

The discrepancy between the JFC’s claim of no political activity and the political fund’s acknowledgement of donations from the JFC prompted the Campaign for Accountability’s complaint to the IRS.

Outside spending in elections comes in two primary forms. So-called “issue ads” are thinly disguised promotions of a favored candidate — or attacks on a challenger — but don’t include direct calls to vote for or against an individual. In Wisconsin, no law requires those campaigns to disclose who their donors are.

The other category is independent expenditures on campaign advertising and other materials that tell voters directly who to pick and who to reject at the ballot box.

“The norm has become that we don’t know where most of these funds come from,” says Jay Heck, executive director of the political reform group Common Cause Wisconsin.

While the Jobs First Coalition is making donations to its independent expenditure political fund, the JFC itself is arm-in-arm with the Republican Party. The group’s unpaid executives are active party members, and three Republican Assembly speakers have connections with the group.

The coalition’s executive director is former Brookfield Ald. Bob Reddin. He also served as the political fund’s treasurer until Jan. 14, 2020, according to records filed with the Wisconsin Ethics Commission.

The president of the JFC, and Reddin’s successor as treasurer of the political fund, is Mary Jo Baas, a former staff member of the Republican Assembly caucus. 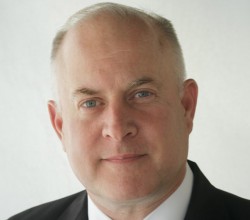 Former speaker Scott Jensen lists the Jobs First Coalition on his LinkedIn profile, although current tax records don’t include him. The tax returns list former speaker and now lobbyist John Gard as a director, and Michelle Litjens, a former state representative who is now married to the current Assembly Speaker Robin Vos, as the Jobs First Coalition’s hired fundraiser.

In a statement after the IRS complaint was filed on Sept. 8, Reddin told the Wisconsin Examiner: “We are reviewing our 990 filings and if any amendments need to be made, we will make them promptly.  We take transparency and compliance seriously.”

The JFC donations in 2016, 2017 and 2018 to the Jobs First Coalition Political Fund that are the subject of the Campaign for Accountability’s IRS complaint helped the fund spend $1.2 million on advertising in the form of mailers and radio spots in the 2016 and 2018 election cycles, according to the Wisconsin Democracy Campaign.

The fund’s 2016 spending favored seven Republican legislative candidates, who all won their races. Although there was positive spending for the six Assembly candidates, 72% of the $538,057 that the political fund spent in that year’s general election went to attacks on their Democratic challengers. Spending on behalf of the seventh GOP beneficiary, state Sen. Dan Feyen, consisted entirely of attacks on his opponent.

In  the 2018 general election, the fund spent $683,417 on eight races, about 70% of that on attack ads. For five of the beneficiaries — four Republican state representatives and another state Senator, Dale Kooyenga — the spending consisted entirely of attacks on their challengers. Four of the GOP Assembly candidates benefited from positive ads as well as attack-ad spending.

All but one of the eight candidates won. The exception was in the 14th Assembly district, where the fund spent $26,033 to support Republican Matt Adamszyk and $74,637 to attack Wauwatosa Democrat Robyn Vining, the eventual winner.

In addition to the general election spending, The Wisconsin Democracy campaign also reported that at least $66,000 was spent on radio ads in a special election backing a Republican Assembly candidate (Jon Plumer, who won) over his Democratic opponent.

And the Jobs First Coalition itself paid for at least two issue-ad mailers attacking Patty Schachtner in the 10th Senate District special election in January 2018, according to the Democracy Campaign.

Because no reporting is required for spending on issue ads, there’s no complete accounting of how much money is spent on them, nor in which campaigns they appear.

Among outside groups that spent on both the statewide races for governor, attorney general and other offices as well as for the Legislature in 2018, the Jobs First Coalition Political Fund falls well down the list. Besides Republican and Democratic governors’ associations, among the biggest spenders — with much of their efforts going to the statewide contests — were Americans for Prosperity ($8.3 million) and Wisconsin Manufacturers & Commerce ($5.3 million) on the Republican side, and the Greater Wisconsin Committee ($7 million) on the Democratic side.

Three events helped turn political campaigns in Wisconsin over to the influence of invisible financiers.

In 2010, the U.S. Supreme Court, in the Citizens United case, ruled 5-4 that corporations and unions could spend unlimited amounts of money on elections.

In 2015, the Wisconsin Supreme Court, on a 4-2 ruling, threw out Wisconsin’s law that banned coordination between political campaigns and issue advocacy campaigns — the kind that depict candidates favorably or unfavorably but don’t tell voters who to vote for. The ruling ended a John Doe investigation of coordination between then-Gov. Scott Walker’s campaign and several outside groups that were involved in issue advocacy advertising.

The four conservative state Supreme Court Justices who supported the ruling were all beneficiaries of advertising by the Wisconsin Club for Growth, one of the outside groups that was being investigated, observes Heck, the Common Cause director.

“That opened up the floodgates for total cooperation and total coordination between so-called outside issue-advocacy groups and campaigns,” Heck says.

That same year, the Republican-led Legislature passed and Walker signed legislation that explicitly allows campaign coordination with issue advocacy groups, in line with the state Supreme Court ruling. It left in place the ban on coordination between independent expenditure groups and campaigns. The legislation also raised contribution limits and permitted corporate contributions to parties and legislative campaign committees.

Of those, the Citizens United case may have been most relevant when it comes to enabling the ability of the Jobs First Coalition, as a nonprofit corporation, to donate money to its political fund without disclosing who donated that money.

Since that decision, “it’s unfortunately become very common for 501(c)(4) organizations to be used as cutouts so that individuals and companies can give large amounts to [them], which are then forwarded to super PACs,” says Brett Kappel, a campaign finance lawyer at the law firm of Harmon Curran in Washington, D.C.

“This has been a growing problem both at the federal level and the state level,” says Aaron McKean, a lawyer with the Campaign Legal Center in Washington, with nonprofit 501(c)(4) corporations as well as limited liability corporations, or LLCs, taking part in conveying funds collected from undisclosed donors to campaigns or independent expenditure groups. “A lot of states haven’t caught up with the kind of disclosure we really need to have transparent and accountable elections.”

Some states have. In California, when one organization makes a contribution to another organization, “the true source of funds has to be disclosed,” says Jay Wierenga, communications director for the California Fair Political Practices Commission, which has successfully sued violators.

In Wisconsin, however objectionable to good-government groups, the absence of any disclosure of Jobs First Coalition donors remains legal.

“We should know who’s paying for all these ads,” says Rothschild. “If you’re super rich and interested in getting involved in politics in Wisconsin, there’s no limit to how much money you can throw around.”

One thought on “Election Donors Operate in the Shadows”