By Shamane Mills, Wisconsin Public Radio - Sep 8th, 2020 09:25 am
Get a daily rundown of the top stories on Urban Milwaukee 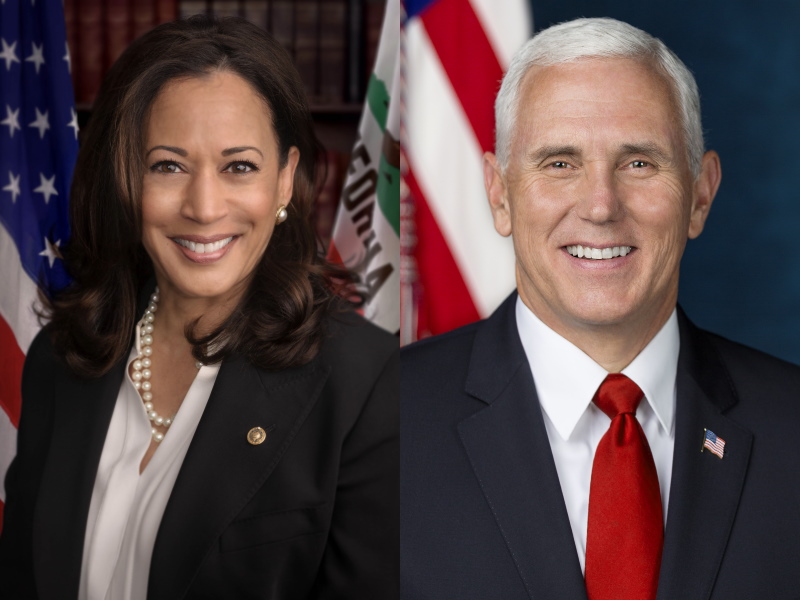 Two months out from the U.S. presidential election and Wisconsin has become a more frequent destination for both campaigns.

The top of the ticket contenders — Republican Donald Trump and Democrat Joe Biden — both visited Kenosha earlier this month. And their running mates made followup visits trying to appeal to workers on Labor Day.

“When this president stands up every day and fights for American workers and jobs, jobs, jobs, we stand with Donald Trump,” said Pence.

Both Pence and his Democratic opponent, U.S. Sen. Kamala Harris, D-Calif., talked about jobs and the economy during their trip, but recent unrest sparked by the police shooting of Jacob Blake in Kenosha was also addressed as they campaigned on opposite sides of the state.

Pence made pointed remarks promising “law and order” while Harris had a private meeting with Blake’s family shortly after arriving in Milwaukee on Monday. A campaign official said Harris spoke with Blake by telephone.

It was the first campaign stop in Wisconsin for Harris, and Pence’s sixth visit to a state President Trump narrowly won in 2016. He was accompanied by U.S. Department of Labor Secretary Eugene Scalia.

During his speech, Pence touted a new trade agreement between the United States, Mexico and Canada, declaring, “NAFTA is yesterday and USMCA is here to stay.” Harris, he pointed out, voted against the economic pact that replaced the North American Free Trade Agreement (NAFTA).

Prior to Pence’s visit, the director of Biden’s Wisconsin campaign pointed to the millions of Americans out of work and criticized the Trump administration for its pandemic response.

“Today in Wisconsin, small businesses are struggling to keep their doors open, too many workers are still unemployed, and farmers are barely making ends meet. Parents are anxious about the school year, and the Trump Administration has failed to give schools the resources they need to reopen safely,” Danielle Melfi, Biden for President Wisconsin state director, said in a prepared statement.

Upon arriving in La Crosse, Pence was greeted by Republican U.S. Sen. Ron Johnson. The vice president was last in Wisconsin on Aug. 19 when he toured Tankcraft in Darien. That visit corresponded with the Democratic National Convention, which was a virtual event because of the coronavirus pandemic.

Harris spoke with Milwaukee area union members of the International Brotherhood of Electrical Workers (IBEW) at their training facility. Afterward, she held a roundtable with Black business owners where she talked about the dignity of work and access to capital for small businesses that are what she called the “fabric of communities.”

Last week, both President Trump and former Vice President Biden were in Kenosha, the scene of protests after the police shooting of Blake on Aug. 23..

On Tuesday, Biden’s wife, Jill, will talk to people in the Green Bay when she holds a virtual discussion about school and parenting.