9 Takeaways on Change of Police Chiefs

What's the impact of Morales firing, Brunson hiring, and where is the city headed on police? 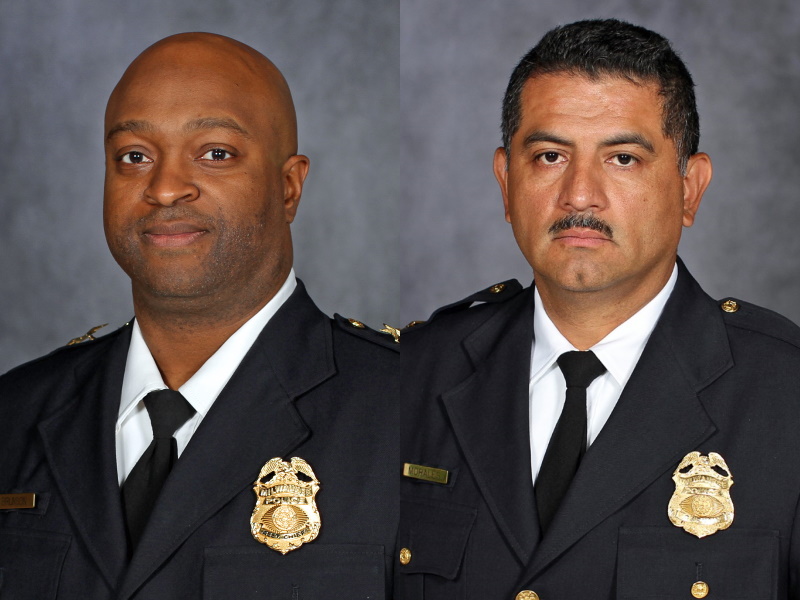 Michael Brunson and Alfonso Morales. Photos from the City of Milwaukee.

The last couple weeks have been fast moving in the extreme for the Milwaukee Fire & Police Commission, with Chief Alfonso Morales handed a long list of “directives” to complete, followed by his sudden demotion, followed by the interim appointment of Michael Brunson as chief. In the wake of these sudden changes, where does that leave the police department and the city?

1. The Fire & Police Commission looks terrible. The long list of demands it handed Morales seemed designed to assure he would fail and sure enough, the commission barely gave him any time to respond before sacking Morales. “It was like a Star Chamber,” says one veteran law enforcement officer. Whether you supported Morales or not, the FPC’s handling of Morales seemed high-handed and extreme. As Milwaukee Police Association President Dale Bormann complained, “At least give Chief Morales the opportunity… to show to the citizens of Milwaukee that he is the police chief and he completed all the directives.” Clearly that didn’t happen.

2. Brunson may not serve long. The FPC has merely elevated the number two guy in the department for now. Some believe the commission may have someone else in mind for a more permanent appointment. For that matter it’s not clear Brunson would want the permanent position. The treatment of Morales might give any candidate pause as to whether he or she wants to work for an overseer as unpredictable as the FPC.

3. A national search for a chief seems unlikely. In the wake of community calls for a local candidate, the FPC didn’t do a national search two years ago, when Morales was hired. And it seems unlikely it will do so this time around. The fact that its executive director, Griselda Aldrete, is not staying on, along with other vacancies on the FPC staff, might make it difficult to accomplish such an undertaking. And there may again be a preference for a local candidate and for a quick decision. But given the calls for major reforms of the department, a national search might make a lot of sense.

4. The police union is a big loser. “They got rid of our leader,” Bormann lamented. The union had never liked former Chief Ed Flynn’s deemphasis of the detective squad and his push to make some detectives handle beat patrols. Morales supported restoring the detective squad as before. He also embraced an emphasis on police pursuits of speeding lawbreakers which the union wanted.

5. Community activists have won: The prevailing sentiment was that Morales had to go. His use of tear gas and rubber bullets and tone-deaf statements, for instance that the police were being crucified like Jesus by mobs of protesters, clearly didn’t help the former chief’s cause.

6. The Common Council has won. Morales didn’t have much support from the alders and many members of the council will be happy to see an African American in charge of the department at a time when the city and nation are calling for equal treatment of blacks.

7. Steven DeVougas has won. The FPC chairman’s long-running disputes with Morales were not an edifying spectacle. DeVougas hasn’t supported Morales since the video was released following the 2018 Sterling Brown incident and finally got his way. Meanwhile he is guilty of a massive conflict of interest, as a third-party report found he represented a suspect investigated by the police department. The FPC wisely voted in a new chairman Nelson Soler, to replace DeVougas, but the latter remains on the commission and only the Common Council has the power to remove him. Will they act on this?

8. Mayor Barrett seems disengaged. It’s probable he didn’t have a close relationship with Morales and he made clear he opposed the use of tear gas against protesters. And he offered a muted statement supporting the appointment of Brunson. But shouldn’t he be providing more leadership on where the city is going on its search for a new chief, on police defunding, on racial equity? The quick dispatch of Morales had the feeling of the FPC responding to the squeaky wheel of community activists (who are important, but do not represent most of the city). Can and will Barrett present a counter-veiling view? What is his vision for the future?

9. Brunson might be a good compromise candidate. He is seen as a nice guy and more diplomatic than Morales. He spent a lot of time in patrol which makes him popular with rank-and-file cops and might lean a little differently than Morales on how much to emphasize the detective squad; two years ago when applying for chief he told the FPC he didn’t support major change on that front. He also spent some years in Internal Affairs so may not have much tolerance for bad cops: Brunson seems to have won respect from many, but you never know how a new chief will operate until the first crisis occurs. It’s probably the hardest job in the city and we should all wish him luck. We need him to succeed.

2 thoughts on “Murphy’s Law: 9 Takeaways on Change of Police Chiefs”