New Bay View Cidery Is All About The Apples

Ethan Keller is basing his new business on single-varietal ciders. 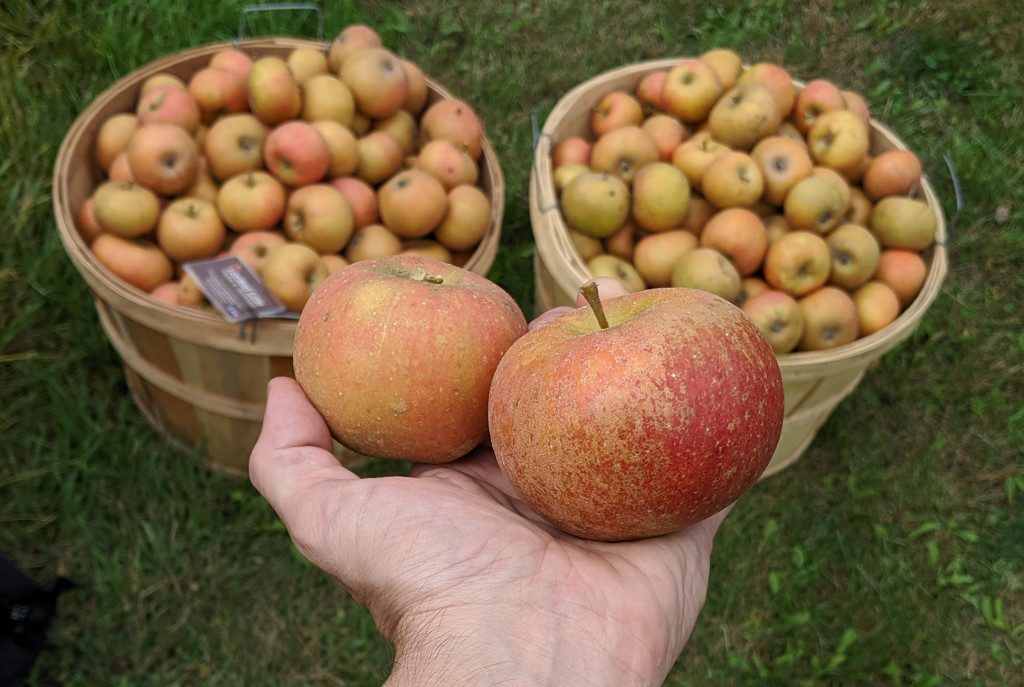 As a musician traveling across the country on tour, Ethan Keller found himself drawn to apple orchards, tasting varieties of apples that he’d never tried before.

“We’ve lost a lot of knowledge — we as a citizenry of this country — about our apples and apple heritage,” Keller says. “A lot was lost during prohibition when orchards were cut down and burned.”

With Keller’s new business venture, he hopes to shed some light on some of this lost heritage. Cache Cider, at 2612 S. Greeley St., will be a new cidery that puts single-varietal hard apple ciders at the forefront of its product lineup. Keller is currently in the process of obtaining the necessary licenses to open a production facility and tasting room in Bay View. Cache Cider will operate out of a warehouse space near the Hide House Creative, a hub for artists and businesses located at 2625 S. Greeley St.

“It’s a big warehouse space but comfortable enough to have a small bar and some tables with a maximum capacity of 49 people,” Keller says. “There’s some quirky stuff in the warehouse space and it has high ceilings, so there’s possibility for big growth and production.”

Keller’s interest in making cider began after watching a documentary on PBS about antique apples. He started making cider at home as a hobby, and eventually sought out an orchard in New Berlin called Weston Antique Apples, which specializes in hard-to-find apples, some of the varieties are grow on trees hundreds of years old. He began volunteering at the orchard, establishing and maintaining a Facebook page for the business as well as teaching a cider-making class. It was here that Keller began requesting ciders made from just one apple, as opposed to the traditional method of pressing ciders using an assortment of apples.

“I wanted to taste just one apple in a cider,” Keller says. “So, I started wanting to get into the apples themselves.”

His interest in single-varietal ciders led Keller to start a partnership with Genevieve Weston, a partial-owner of the orchard, spawning a business called Sunny Slope. It sold jams, jellies, marmalade, apple butter, chunky apple sauce and artisan sodas at farmer’s markets. The goal was to eventually start selling single-varietal hard ciders, something that’s hard to come by in the hard cider industry. Unfortunately, the business fizzled out and their partnership ended.

“We couldn’t find a space for production and I couldn’t get the quantity of apples from this orchard that I had originally thought,” Keller says.

But through what Keller calls “a weird series of events,” he came across the space at the warehouse.

“I’ve been a musician for a long time and a lot of times if something happens or someone can’t do the gig, you find other people to step up and take their place,” Keller says. “I’ve been trying to get this business going for a long time, and I finally have a good community around me to help push these things forward.”

Cache Cider’s mission to produce single-varietal hard ciders, which allows consumers to experience the flavor of a single apple, is a break from the traditional method of producing ciders, which typically use an assortment of apple types.

“That’s what I like: bucking tradition a little bit,” Keller says. “My favorite analogy is this: Why would you give someone a pack of Life Savers and ask them to mix them all together? I want to give people the chance to make their own choices.”

In delivering this experience, Keller also hopes to help preserve the rich history of the apples he uses. He thinks of himself as an “apple archivist.” That’s why his business is called Cache Cider. Keller originally wanted to call his business Archival Cider, but Cache Cider rolls off the tongue better.

“I think it’s strange that Milwaukee doesn’t have a cidery already,” Keller says. “I think that I got into this business because I want people to know their apples more and my idea of the business is presenting those apples in cider form. In general, I think I’m doing this for the history and education of the people of Wisconsin.”

One of Keller’s goals is to make a “beloved cider out of one of the most hated apples,” that being the Red Delicious, a misnomer if there ever was one.

“It’s a monoculture apple, and when you go monoculture for that long, quality has a chance to degrade,” Keller says. “But I found some older Red Delicious trees, and so I’m going to make a nice, single-varietal Red Delicious cider that will surprise everyone.”

He also hopes to “make Wisconsin proud” with a cider made from Northwestern Greening apples — an apple that was first grown in Iola, Wisconsin in 1849.

Cache Cider might not open until sometime in October, when the licenses should be approved, but as soon as they are, Keller promises to immediately start allowing the public to taste what he’s been working on, which is bound to include some unique ciders that stray from the well-walked path of tradition.

“If someone tells me that good cider can’t be made from a dessert apple, I say the problem you’re having is not with the apple, it’s with the cider maker,” Keller says.