State senator has gotten 8,000 signatures and a torrent of social media abuse. 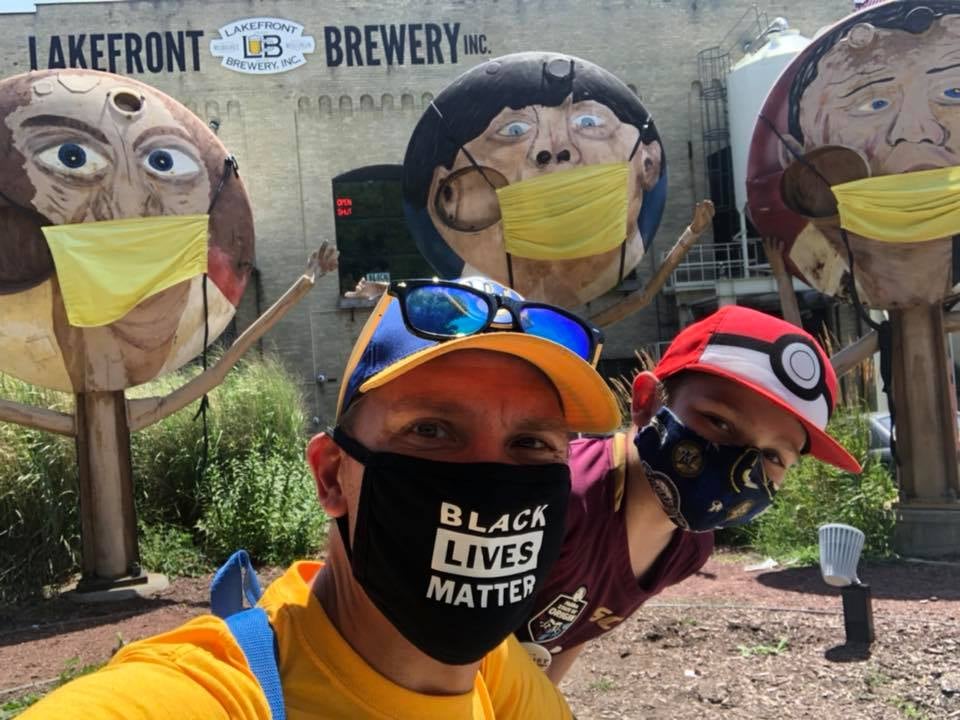 A Milwaukee state senator’s petition for a statewide mask mandate has garnered  more than 8,000 signatures — and a torrent of abuse on social media.

Sen. Chris Larson (D-Milwaukee) is spreading word of the petition on his official Facebook page. The petition, in the form of a letter addressed to Gov. Tony Evers, the state Department of Health Services (DHS) and Wisconsin legislators as a group, says a mask mandate should “remain in effect until all relevant gating criteria have been met.”

It urges applying the mandate to “all publicly accessible buildings, including all workplaces, parks, schools, places of worship and private businesses,” as well as outdoors “in situations where people not living in the same household are likely to come within six feet of one another.”

“There’s broad support,” he tells the Wisconsin Examiner. In the first day it garnered 8,000 signers, “and that included people from over 800 municipalities in every corner of the state.”

The addresses of signers will be mapped against legislative districts in the state, “and we are going to share those numbers with legislators so that they know that this isn’t just a partisan thing,” Larson says.

“These are people who do not care about partisan politics one way or the other,” he says. “They recognize the science and what to see what science says, what 30 other states have done, and what about all the other advanced countries have done already.”

The petition includes references to World Health Organization (WHO) and American Medical Association (AMA) statements urging people to wear cloth face coverings in public to reduce the spread of COVID-19.

Evers said last week he would readily sign a statewide mask order if he were confident of winning a legal challenge — which he said worries him,  considering the fate of the Safer at Home extension that the conservative majority on the state Supreme Court threw out  by a 4-3 vote after Republican legislative leaders sued.

Larson says he also hopes the petition will “show the governor that the public supports him moving on that — and hopefully the court and the Republicans don’t try to sue him to stop what science says was necessary.”

Tuesday morning, Larson also disclosed on Twitter that the petition had sparked obscene and profane protests in his social media direct messages. After quoting a few (which can’t be reprinted here because of our policy on certain four-letter words, and besides, who needs to read that….stuff….), Larson observed that his female colleagues endure far more hateful abuse regularly. “We all need to treat people with dignity and respect, regardless of our beliefs,” he tweeted.

Larson says that whether they are outraged commenters on the internet or outrageous mask-defying shoppers seen in videos circulating on social media, he’s convinced they’re just a small fraction of the public — but get widespread attention because “it is so outlandish, irresponsible and antithetical to what we need to do.”

“Most people get it,” Larson says, and even people who don’t favor wearing masks know better than to engage in that sort of behavior.

“As [mask-wearing] becomes normalized and people start to realize that everyone’s wearing them, it’s something you won’t even give a second thought to,” he adds.