Data released Tuesday afternoon by the Wisconsin Department of Health Services shows a new, single-day high in the number of COVID-19 cases.

A total of 1,117 Wisconsin residents were confirmed to have the disease for the first time, a jump of 14.2 percent from the previous high of 978 set three days ago.

The new cases come from 14,488 processed tests, the third-highest total on record. But the increase in testing isn’t the sole reason more cases are being confirmed.

A total of 44,135 people have tested positive for the disease since the outbreak began, with 19,316 of those coming in the past 30 days and 6,229 in the past week.  DHS reports that 77 percent of individuals with a confirmed case have “recovered,” as defined by a documented abatement of symptoms or a diagnosis over 30 days ago. The percent fell from a high of 79 as a surge in new cases has been reported.

The gap between the disease’s spread in Milwaukee County and the state continues to grow. Waukesha County is seeing a dramatic surge in cases, but over the length of the outbreak still has over 1,000 cases per 100,000 residents less than Milwaukee County.

There are currently 964 ventilators and 298 intensive care unit (ICU) beds available across the state according to the Wisconsin Hospital Association. Since the data became publicly available on April 10th, WHA has reported an average of 947 ventilators and 385 ICU beds as available. 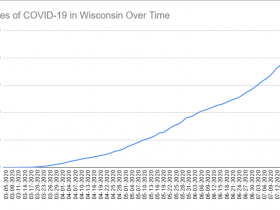 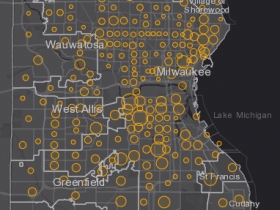 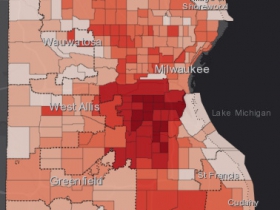 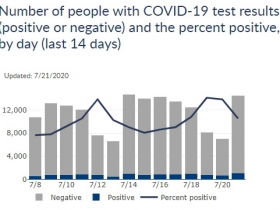 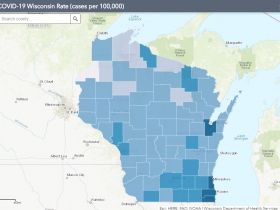 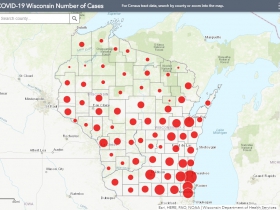 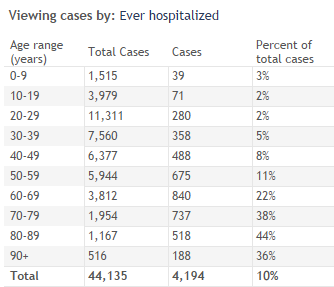