Activists re-paint mural that was changed to say "Defend The Police". 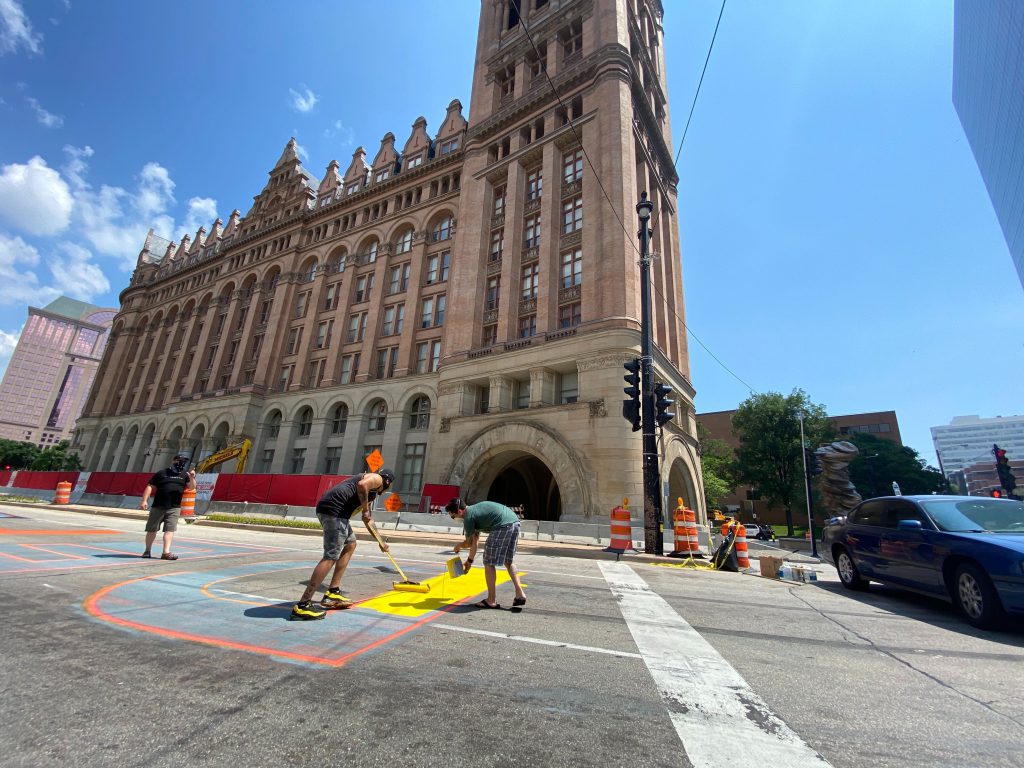 Repainting the “Defund the Police” mural. Photo by Graham Kilmer.

A group of a couple dozen activists met outside of City Hall Sunday morning to repaint the message painted earlier this week: Defund The Police.

The mural, unsanctioned by the city, was painted on the 800 block of N. Water Street five days earlier. Then two days later at some time during the night an unknown group painted over some of the letters changing the mural to “Defend The Police.”

The group repainting the mural Sunday morning ran yellow caution tape across Water Street, affixing it to light poles, to secure the street for the artists. Approximately nine Milwaukee Police Department officers showed up as the group was setting up and took down their tape, telling the group they couldn’t block the street off to paint the mural. One officer was videotaping the group with a camcorder.

The group was determined to paint anyways, and blocked the street off with cars and rolled tape across the street again. Police took down the license plates of the vehicles.

The organizers told police if they just wanted to repaint the mural. And that if police would not let them do that, then they would turn the area outside of City Hall into a protest. Ultimately that’s what they did. March organizer Frank Nitty, who wasn’t involved in painting the mural originally, showed up and started live streaming the growing gathering as it turned into a protest.

After Nitty showed up and the crowd continued to grow, the police eventually cleared out of the area.

“We’re here in broad daylight. You see we got a street blocked off. We got police outside watching us. And we’re doing this with no fear,” said Jeremy Wilbur, the organizer of the mural’s original painting, in an interview with Urban Milwaukee.

As Wilbur painted the mural, he said, “We do not at this time defend the police, because they definitely don’t defend us.” 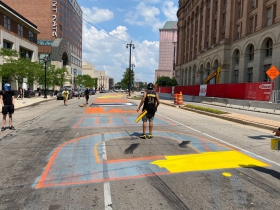 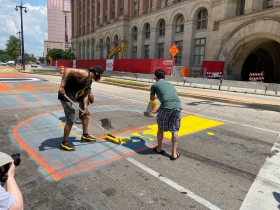 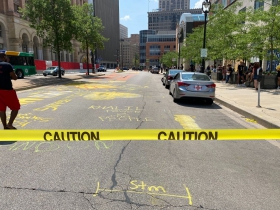