Work on two miles of bike boulevards will start Wednesday for completion by October. 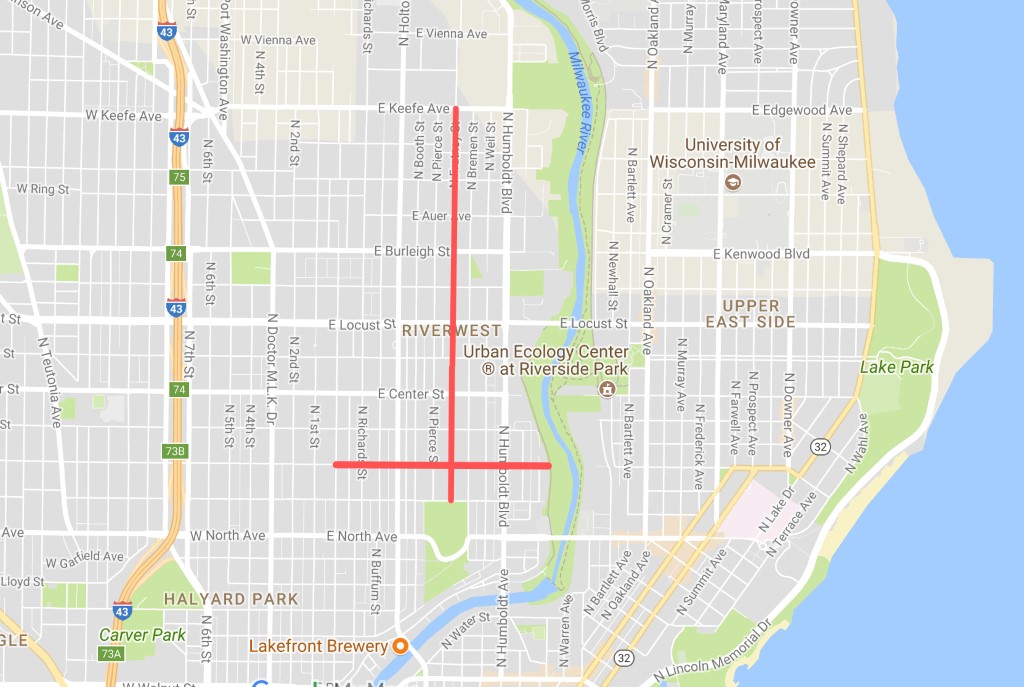 In 2017, Urban Milwaukee reported that the city had begun planning its first bike boulevard and that it would encompass approximately 2 miles of streets in Riverwest.

After planning and public input in the intervening years, the Department of Public Works will begin work this week, with completion expected by the end of October.

The bike boulevards in Riverwest will be in a T-shaped format, running on Fratney from E. Keefe Ave. south to E. Meinecke Ave. which will be crossed by a bike boulevard on E. Wright St. running from N. Palmer St. east to the Beerline Trail along the west bank of the Milwaukee River.

[inarticleadIn 2018, at a public input session, James Hannig, bicycle and pedestrian coordinator for the Department of Public Works, said the goal for the bike boulevards was to slow vehicle traffic down to the same speeds as bicycles.

A number of infrastructure improvements and additions can be used to achieve this. DPW released plans Monday indicating the infrastructure elements they plan to use.

It appears the most common infrastructure addition to the roadways will be speed humps. These speed humps are what DPW calls traffic-calming treatments. And according to their maps there will be one on every block of the boulevards.

There will also be a traffic circle built at the intersection of E. Wright Street and N. Fratney Street, where the two bike boulevards intersect.

A DPW press release states that local traffic will be maintained in both directions throughout the construction process. And short-term closures, for up to 15 days, will be allowed along Fratney where it intersects with E. Meinecke Avenue, E. Wright Street, E. Center Street, and E. Burleigh Street. And along E. Wright Street where it intersects with N. Palmer Street, and N. Fratney Street.

As the first bike boulevards in the city, they will be a trial run for future boulevards with bike-friendly road re-designs. The city’s 2010 planning document, Milwaukee By Bike, calls for the creation of 54 miles of bike boulevards.

N. Fratney and E. Wright Streets are already relatively low-traffic streets that are popular with cyclists. And Riverwest is the perfect location for the city’s first bike boulevards, as it is a famously bike friendly neighborhood. The neighborhood’s bike culture is perhaps most visible during the annual 24 hour bike race called the Riverwest 24. 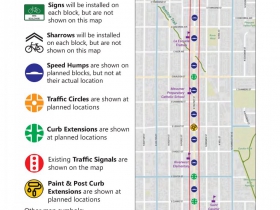 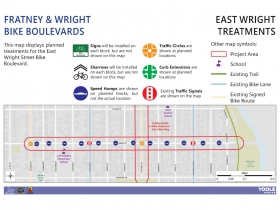