Up 17-fold in state since pandemic, as companies avoid layoffs by switching workers to part-time. 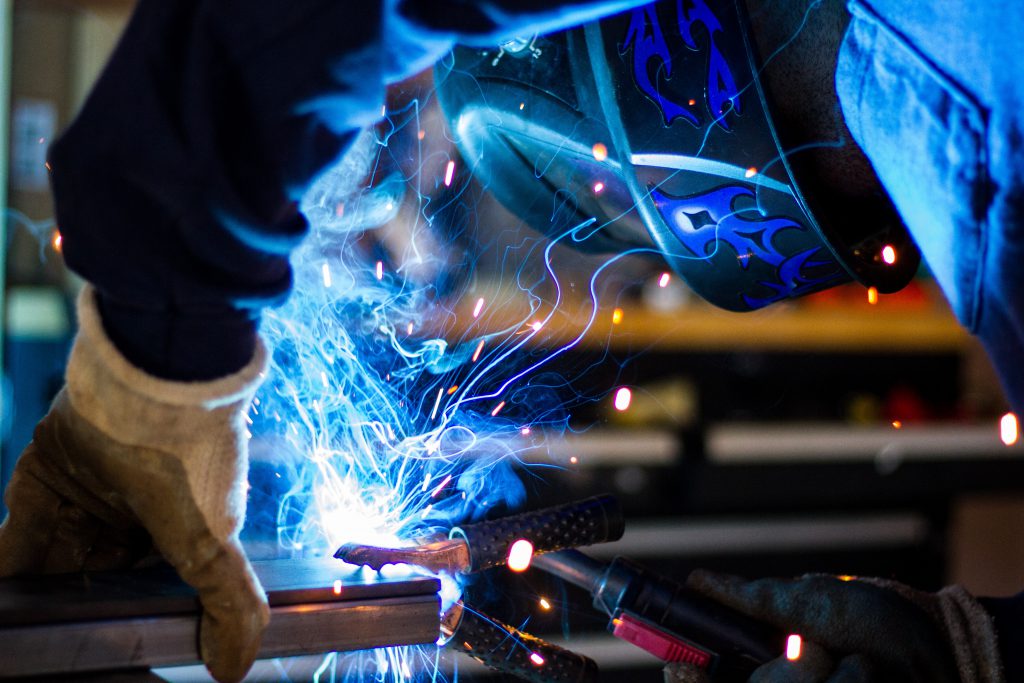 A state program that allows Wisconsin employers to keep more people working during business downturns, with the help of the unemployment compensation system, has skyrocketed during the COVID-19 pandemic.

Under the Work-Share program, employers who might otherwise lay off workers to cut expenses during a slowdown can keep some staffers working on part-time schedules. Employees whose hours are reduced collect unemployment compensation to make up for their lost wages. They also maintain benefits, such as health insurance, that they would probably lose if laid off completely.

From 2016 to the middle of March 2020, a total of 20 Wisconsin companies participated in Work-Share, with 899 employees affected. In the two-month period from March 15 to May 18, the number of employers grew 17-fold, to 342, and the number of employees taking part exploded to 14,091, the Department of Workforce Development (DWD) reports.

“This means more than 14,000 people are still employed, they continue to earn a paycheck, and they keep their employer-sponsored benefits,” says DWD Secretary Caleb Frostman.

Federal law allows states to include Work-Share in their unemployment compensation systems, but doesn’t require it. In Wisconsin the program has been around since 2013.

But the federal Coronavirus Aid, Relief, and Economic Security (CARES) Act made it possible for states who offered Work-Share to beef up their programs with temporary federal aid. CARES — along with the state’s subsequent COVID-19 relief bill, Act 185 — provided employers with greater flexibility in setting up Work-Share plans.

“The Work-Share program is a great alternative to layoffs for Wisconsin workers,” Wisconsin AFL-CIO President Stephanie Bloomingdale tells the Wisconsin Examiner.  “It preserves their health insurance and retirement plans and is a good way for employers to do the right thing and keep employees employed.”

Amy Weyker, a human resources business advisor, says, “Everyone right now is trying to maintain their headcount as much as possible and limit the number of furloughs or layoffs they have to do.”  Weyker has fielded a number of inquiries about Work-Share for the advice hotline for MRA, a multi-state employer association she works for based in Waukesha.

“Because the economy until very recently had been very favorable, broadly speaking, [Work-Share] just didn’t have much visibility among the employer community,” says Michael Gotzler, special counsel in the Madison office of Littler Mendelson, a global law firm representing management in employment and labor law. “When the COVID-19 pandemic struck and the Legislature passed Act 185, that really just begged for more attention to the program.”

“The big change under the CARES Act is that the federal government will now pay for 100% of the unemployment benefits that are paid through the Work-Share plan,” says Emily Savard, a DWD program and policy analyst. Bloomingdale of the AFL-CIO says that has been “a great advantage” for the program.

Work-Share participants also receive the federal $600 weekly supplement for unemployed workers that is being paid through July.

Savard says that subsidy offers one explanation for the exponential growth of the Work-Share program. So does the additional leeway for employers.

Before the federal and state COVID-relief legislation, an employer establishing a Work-Share plan needed to include at least 20 positions. The cuts in hours for those workers had to be at least 10% but no more than 50%.

Now, a plan can be set up with as few as two people, and the hours reductions can range from 10% to 60%.

Another change is giving employers broader latitude in identifying employees for the program. “Before, Work-Share could only be within a particular department or unit, or else company-wide,” says Gotzler, who has posted an analysis for employers of the Work-Share changes at Littler’s website.

]For an employer taking part under the old rules, all the employees participating had to have their hours reduced by the same amount. Under the new rules, “you can vary and distinguish from one employee to the next.”

Those revisions were part of the big draw for business, he adds. “It made the program much more flexible for Wisconsin employers and their employees that participate in a plan.”

Those changes last through the end of 2020, but will revert back to the old rules starting next year without new legislation. “I think it’s very safe to say that Wisconsin employers would be very interested in those additional pieces of flexibility continuing on,” says Gotzler.

After passage of Wisconsin’s COVID-19 law, DWD publicized the revised and simplified Work-Share program to employers as an alternative to across-the-board layoffs.

“Employers love it, and they appreciate how quickly we have been able to process their applications and are also quick to answer their questions and resolve any issues,” Savard says.

Chris Reader, senior director of workforce and employment policy at Wisconsin Manufacturers & Commerce, the state’s largest business lobby, agrees. WMC lobbied for changes that made the program easier for small businesses to use, he says.

“It’s great that Work-Share is working as intended,” Reader says. “It was first designed as a way to help employers keep their teams working in times of economic downturns, rather than laying people off, and it is certainly living up to that billing today.”

DWD supplies a fact sheet and online application materials. The department must approve a company’s plan before it can take effect, and Savard says employers applying should act promptly: A plan cannot be backdated, but must start on a date after DWD approves it.

‘Something we could do quickly’

U.S. Rep. Mark Pocan (D-Madison) worked to include Work-Share in the CARES Act, but the congressman confesses, “I had not heard of it until this year,” despite its seven-year history in Wisconsin.

When planning started on the federal COVID-relief bill, Work-Share surfaced as an opportunity to deliver help to businesses and workers without having to start from scratch. “This was something we could do quickly, pivoting on an existing program,” Pocan says.

Federally funding it, so that it wouldn’t cost the state anything, was the first tweak. Increasing the maximum number of hours that could be cut for a worker was another.

Besides getting it in the federal law, Pocan also campaigned with state officials back in Madison, speaking with the office of Gov. Tony Evers and also with Assembly Speaker Robin Vos (R-Rochester) — with whom Pocan has had a long friendship despite the fact that the two are politically opposite in about every way.

“Having a relationship with people you don’t always agree with pays off,” says Pocan, noting that both he and Vos own businesses and understand each other through that lens.

Both he and Vos spoke with Legislative Fiscal Bureau Director Bob Lang about the nuts and bolts of changing Wisconsin’s plan, to help shape that part of the state relief bill. Speaking with other lawmakers, the two lawmakers built support for the measure.

Pocan says Work-Share could become even more critical for employers if Congress doesn’t move soon on new legislation to bolster the Paycheck Protection Program and institute other proposals to help support small business.

“At the end of the day it really is a win-win-win program,” Pocan says. “Employees get more money in their pocket. Small business wins because you can’t just set an on-off switch with the economy — [instead] you can ramp up your employees to match demand.” And the third winner is government: “For the state, there’s less of a burden on the [unemployment insurance] account.”

Work-Share also suggests ways in which jobless benefits might be approached differently.

“The patchwork way in which employers have dealt with the massive unemployment in the United States [during the pandemic] has led to a lot of issues,” says Bloomingdale of the AFL-CIO.

“Unemployment is complicated for employers, employees and the state, as we’ve seen,” she continues. “It makes it harder to deal with major upheavals in our economy. Had we been able to do it all over again, we would have liked to have seen people being able to be paid through their payroll through this pandemic.”

She adds: “If employees are severed from their employment that sends a different message.”