Wisconsin labs process over 4,000 tests in 24 hours for first time.

For the second day in a row, Wisconsin set a new record for the number of COVID-19 tests processed in a 24-hour period.

A total of 4,194 tests were processed in the past day, exceeding yesterday’s total of 3,830. The state Department of Health Services reported an average of 3,368 tests processed per day over the past week, up from an average of 1,917 in April.

The percentage of those tested coming back positive also dropped again. DHS reported a positive rate of 7.99 percent over the past 24 hours, the third day in a row in which the rate has declined. Wisconsin has a 14-day average of 9.57 percentage.

The positive test rate is a key figure the state is monitoring as part of the Badger Bounce Back plan. “The trend is the important thing,” said Dr. Ryan Westergaard, Chief Medical Officer of the DHS Bureau of Communicable Diseases, during a briefing last Wednesday. “We want to see a sustained move in the right direction. We have been a little flat going between nine and 11 percent.”

The DHS Badger Bounce Back dashboard shows the state has met goals on two of six gating criteria to begin reopening the state.

There were 335 new cases in the past 24 hours, pushing the total over the length of the outbreak to 8,901. DHS reports that 4,348 of the individuals are confirmed to have recovered having been diagnosed more than 30 days ago or having documentation of resolved symptoms. A total of 51 labs across the state have a combined daily testing capacity of 14,797, a 3,450 test increase over yesterday.

The death toll from the virus has reached 362, with nine newly-confirmed deaths in the past 24 hours. DHS reports that 204 of the deaths have occurred in Milwaukee County. The county’s residents represent 3,469 of the 8,901 confirmed cases according to state data.

But on a per-capita basis, Brown County has far more cases and the gap between the two continues to grow. 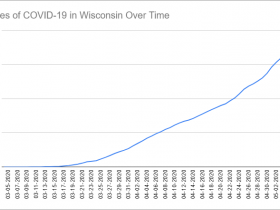 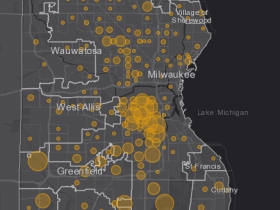 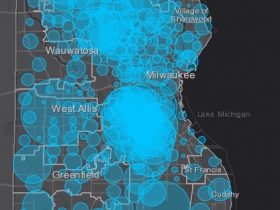 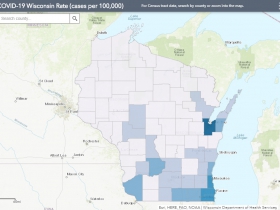 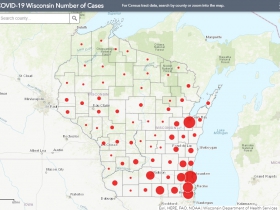