"Adams Hotel" planned for property once occupied by Whiskey Bar. 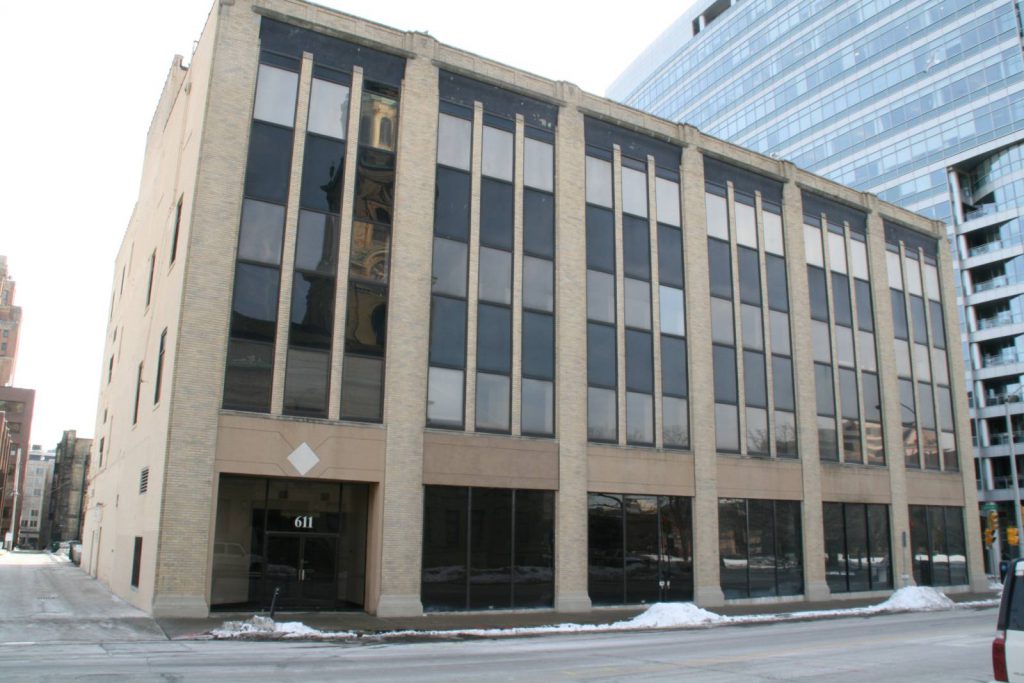 The mixed-use building at the corner of N. Jackson and E. Wells streets. Photo by Jeramey Jannene.

A new hotel is planned for a downtown Milwaukee property once occupied by Whiskey Bar near Cathedral Square Park.

AFBH LLC, an affiliate of Van Buren Management, applied for a commercial alteration permit for the four-story building at 790 N. Jackson St. to perform interior demolition.

City records refer to the project as the “Adams Hotel.”

RINKA, an architecture firm led by Matt Rinka, is listed as the architect of record on the project.

“We have been the only tenant in this building at 788 N. Jackson for 10 years and knew someday this building would be razed and there will be an incredible development opportunity at this location which we hope to be part of in the upcoming year,” said Vitucci.

Before Whiskey Bar, the building was home to a string of other bars.

The building was originally built in 1920 as an automobile dealership and two floors were added in 1982 according to the Wisconsin Historical Society. It has 45,089 square feet of space according to city records.

The 0.38-acre parcel is assessed for $1.24 million, almost all of which is the value of the land. The building has an assessed value of just $100.

A new, 33-story apartment building, 7Seventy7, opened behind the building in 2019.

The new hotel comes as other nearby hotel proposals face uncertain futures. A proposed new hotel in the Milwaukee Athletic Club redevelopment might be dropped. A redevelopment of the Humphrey Scottish Rite Masonic Center has not moved forward yet.

Three attached hotels are under construction a few blocks to the south.