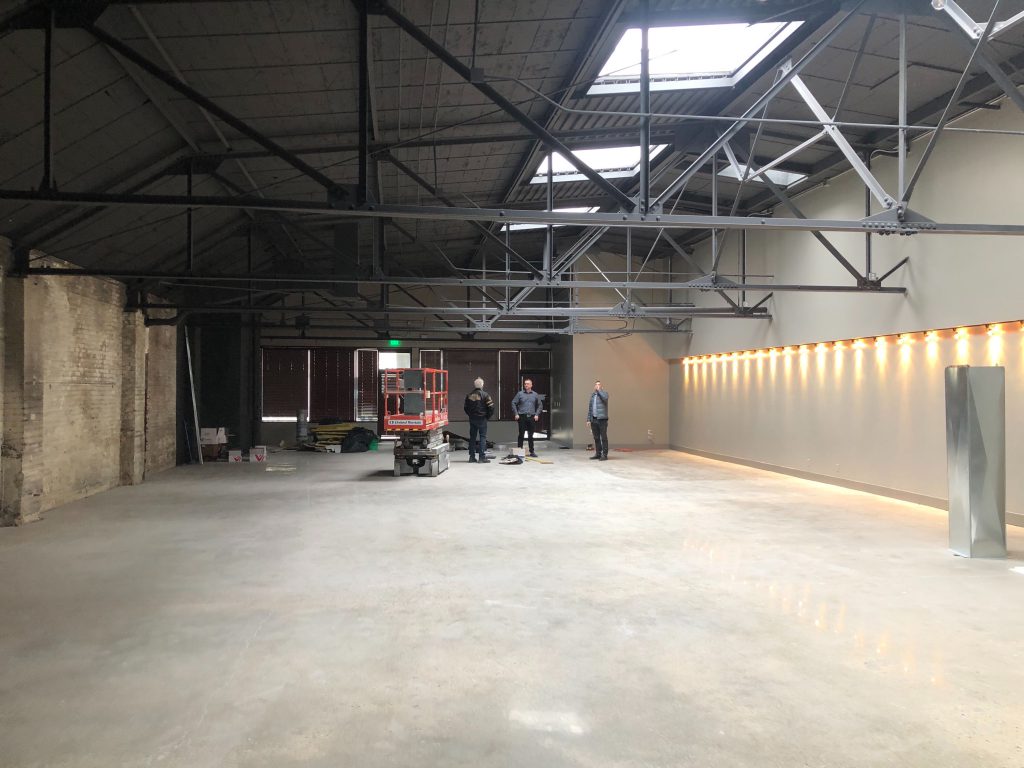 A new event space is planned for the vacant commercial space at 1818 N. Farwell Ave.

New Land Enterprises plans to transform its temporary office space into an event venue now that the real estate firm has relocated to the newly-constructed Urbanite building (1840 N. Farwell Ave.).

And while the single-story building looks fairly non-descript on the outside, the inside now has an “industrial romantic” feel as both firm director Tim Gokhman and director of operations Emily Chirillo describe it.

After demolishing drywall and other fixtures shaping the office space, including a drop ceiling, the bones of the 1925 building were put on full display. Now the 4,500-square-foot space includes exposed brick walls, trusses and concrete floors. “It is architecturally and aesthetically very compelling,” said Gokhman in an interview.

“On the one hand its not a big deal and kind of small, but it plays into something bigger,” said Gokhman. The real estate development firm has branched out into hospitality in recent years, opening the Crossroads Collective food hall a few blocks north in December 2018 and planning to launch Flour and Feed food hall in Bay View in the coming months.

Much remains to be worked out said both Gokhman and Chirillo, including things like exactly where to put the bar and what to call the space. Gokhman joked that his idea of naming it “to be determined” was shot down by his co-workers. Chirillo said the intent isn’t to compete with the many existing venues in the city, something different is planned.

The firm applied for a zoning code variance on Wednesday.

Frequent New Land collaborator Korb + Associates Architects is designing the space. The architecture firm is also working on a number of other projects for the company including Ascent, which would be the tallest mass timber tower in the world, as well as a host of more conventional projects including KinetiK and Quartet.

The building at 1816-1828 N. Farwell Ave. was acquired by New Land in March 2016 for $1,000,000. The real estate firm relocated to the building temporarily from an adjacent office building that was deconstructed to form the site for Urbanite, a 13-story, 153-unit building, which now houses New Land’s offices on its second floor.

A host of tenants occupy the 14,787-square-foot, single-story building on the city’s Lower East Side including Ethiopian Cottage Restaurant, Chopstix Chinese take-out, a commercial kitchen for Scratch Ice Cream (a Crossroads vendor) and a newly-opened Domino’s. 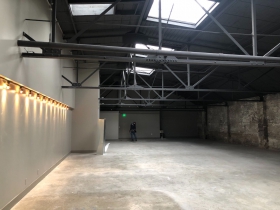 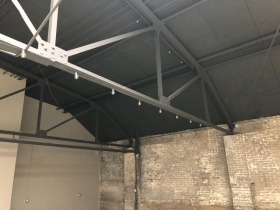 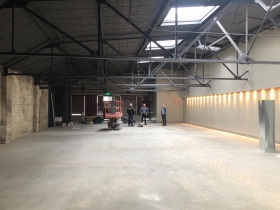 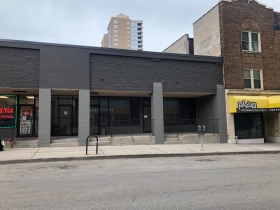 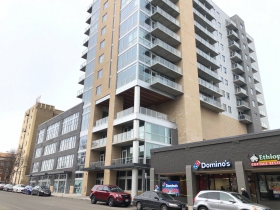 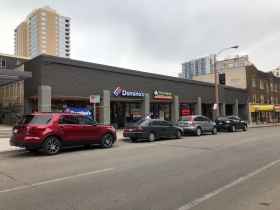