Sabbatic Is Very Historic Yet Punk 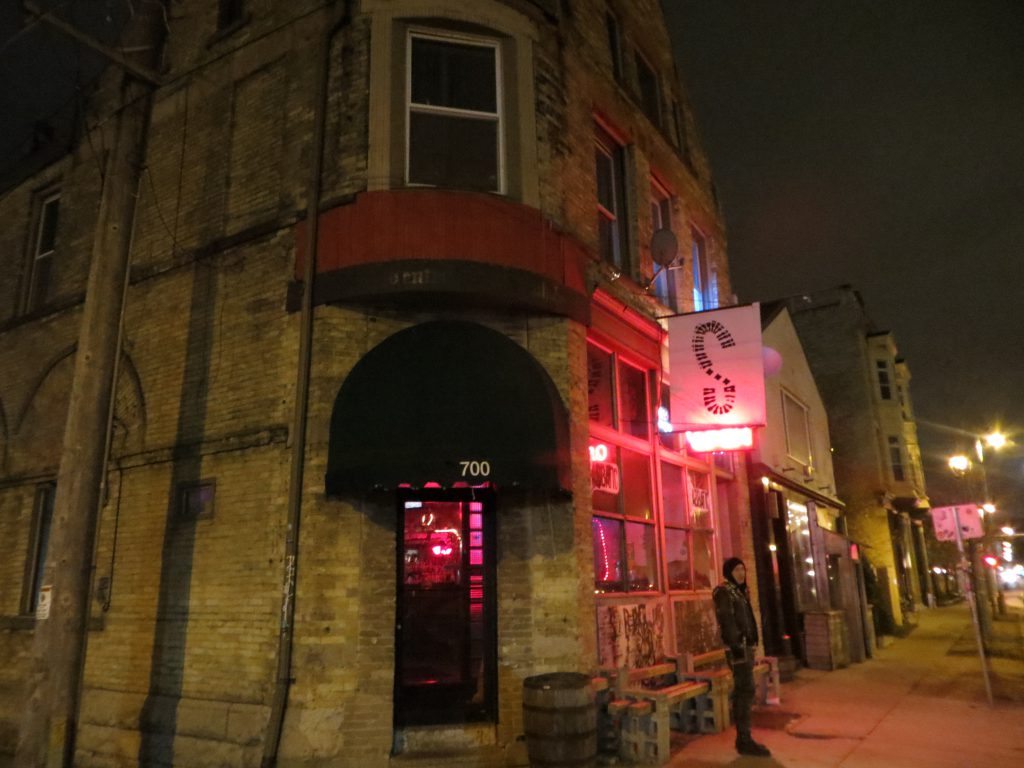 Sabbatic opened in December 2009, bringing a punk mentality to an 1895 Walker’s Point working-class saloon that has seen its share of changes (and operators) over the years. It was built in 1895 as a tavern, and it has retained that status ever since, including during Prohibition when it was a licensed Soft Drink Parlor. It is located at 700 S. 2nd St., on the southeast corner of W. Pierce St. where the “late vernacular with hints of Queen Anne” building is a contributing structure to the Walker’s Point Historic District, and deservedly so. (The original street address was 300-Reed St.) The Cream City Brick tavern is raised several steps above the street on a limestone foundation, as was common for buildings of the time. The entry is on the corner, also common for taverns of the time. Originally the steps leading to the bar were exterior, encroaching on the city right-of-way, as was the case for many buildings in the Walker’s Point neighborhood.

The current setup has interior stairs at the corner, framed in a glass block entryway. This dates to 1947 when Joseph Jesa spent $1,800 to install a new front of Nu-stone and glass-blocked the windows. Those two changes have since been reversed.

A second door on S. 2nd St. leads to the living quarters upstairs, which originally consisted of six sleeping rooms. Curiously, there is a second stairway accessed directly from the bar. It is easy to spot: Just look for a sign with an arrow pointing up, and reading “Brothel.” Not even Shaker’s has a setup like this.

Many Operators Over the Years

In 1906, just a decade after it was built by James Paczkowski, the tavern was operated by C. Vullman, who notified authorities that he planned to move his license to a different building in the neighborhood. In 1920, Joseph Mayer ran his “Soft Drink Parlor” here, supplying beverages (soft and hard) to the neighbors and workers, often one and the same. In 1923 it was run by Francis Dobnick, who spent $300 on alterations and another $195 for a metal garage for his wife (all now long gone.) In 1932 Ed Zore ran the parlor, renting from William Bores. The next year, Zore bought the building, Prohibition was repealed, and he then ran a legit tavern, along with who knows what upstairs in the six rooms above, none of which could have been much bigger than 200 square feet. By 1935 landlord Zore  rented it to Ted Saltzberg, who was granted a license for a “Tavern – no dance floor.” In 1955, after Jesa moved on, Frank Habenicht ran Obluck’s Tavern here.

In 1957, Sam Fisher ran Fisher’s Bar here. The six upstairs rooms had been converted into a single apartment, which Fisher wanted to subdivide into two units. This was denied, due to lack of fire escapes. By 1969 Louis Krenz ran Lou’s 700-Club here with his wife Emily, who served meals to customers from a kitchen somewhere on the premises. In 1979 Miguel Fermaint ran the place, followed in 1980 by Judith J. Pappa. The upstairs became Grand Central Recording Studio, renovated to the tune of $2,000. In 1985 Gene McKiernan (current owner of Barnacle Bud’s and McKiernan’s Irish Pub) got the license. He hired Mark Harris to reconstruct the facade in 1988, bringing it back to its original state in one of the first such projects in the neighborhood, which had been greatly disfigured by that time. McKiernan hung a sign on the building: “Chump’s Rusty Bucket. Where the Heck Was I Last Night?” In 1996 William Lorge ran Wilbur’s Bar here. The tavern then became the Union House, and finally opened as Sabattic. The building has been owned since 1992 by Ralph Fleege, who paid $70,000 for the place, which is now assessed at $232,000.

The bar greets you as you step through the corner entrance here; the doors to the coolers are covered with stickers from bands, beers and other bars, a phenomenon that is particularly widespread on the south side of town. The artwork displayed is local, including posters for bands like The Spits, Gary Numan and Jack White, all executed by Eric Von Munz, and prized among collectors. At the east end is a small stage for bands. A banner hanging behind advertises the Milwaukee Polka Riot. This annual event, held for the third time last September, celebrates a musical heritage that has been a part of the south side culture since its settlement. Sabbatic is also a popular viewing spot for the annual Gay Pride Parade. A swimming pool is set up in the street.

The floor is original, and of thin maple planks, exceedingly durable. The ceiling is high, and the ample windows admit plenty of light in the afternoon, which is when the place starts filling up. The men’s and women’s room doors are decorated with stick figures indicating the sex. Just to the east of the stage is a pool table with red felt. The bar features many tap beers from Milwaukee Brewing Company, which operated from across the street. This is also a good place for shots of liquor. It is a conversational bar, and the bartenders are likely to lead the conversations, it being a chatty sort of place. The crowd is becoming increasingly diverse as new apartments have brought hundreds of mostly younger professionals to the neighborhood, which is also becoming a tourist destination of sorts. Although the business is very much of its time (and the best time is the $1 Happy “Hour” from 7:00-7:15) the visitor can not help but sense its historic character and the timelessness of a classic Milwaukee corner tap. 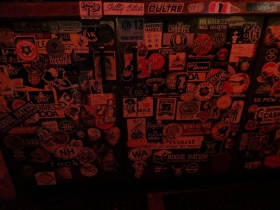 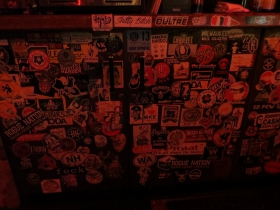 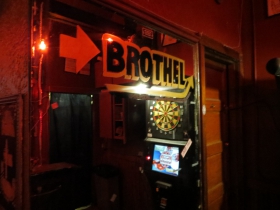 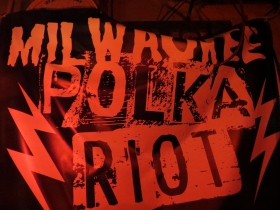 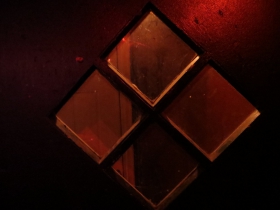 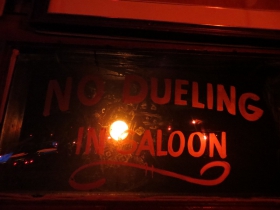