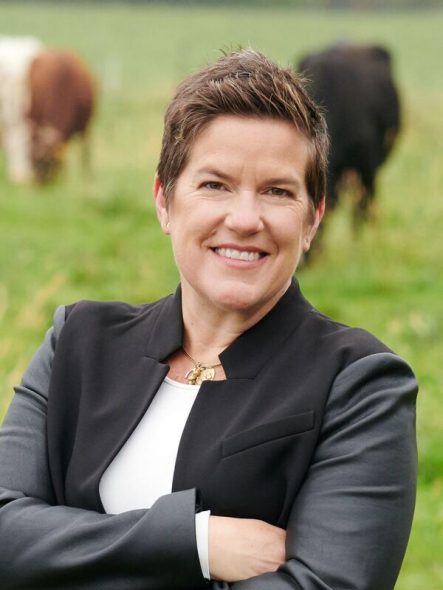 Melissa Hughes. Photo from the State of Wisconsin.

A conference next Monday, on November 25 at Carroll University will begin the process of drafting a statewide plan to make sure Wisconsin meets its changing workforce needs.

Business, civic, academic and government leaders – including Gov. Tony Evers – at the event will concede that past one-off efforts like telling Chicago and Twin Cities Millennials that rent is cheaper in Milwaukee, and trying to get soldiers about to be discharged to move to Wisconsin, won’t solve the workforce crisis.

Competitive Wisconsin Inc. (CWI), which put the conference together, says it has a threefold focus:

“Challenge: Historic workforce shortages threaten Wisconsin’s economic wellbeing, the strength of its communities and its quality of life.”

“Goal: Gain the edge Wisconsin needs to recruit and retain residential workers in the current global competition for talent.

“Opportunity: CWI has identified opportunities to fund workforce recruitment and retention incentives that do not require new or additional taxes.”

Some radical ideas may be floated Monday: Creating a state “workforce investment management fund,” for example. Or a $20,000 stipend – half paid by the employer and half from a public entity  – for every worker who comes to Wisconsin and stays.

Reports this year have documented Wisconsin’s workforce problems. Forward Analytics, the research arm of the Wisconsin Counties Association, summarized it this way:

“Wisconsin has too few young people to replace retiring Baby Boomers over the next 15 years, so the state must turn to migration to grow its workforce. However, during 2010-2015, the state lost population among key workforce groups, with the most troubling being the net outmigration of young families, a group that Wisconsin typically attracted.”

A Wisconsin Realtors Association report, “Falling Behind,” also documented the growing problem of providing affordable housing for workers. The report identified three causes of the “workforce housing shortage”: Not enough homes being built to keep up with population and income growth. Construction costs rising faster than inflation and incomes. “Outdated” land-use rules driving up housing costs.

The new effort builds on the Be Bold push that led to replacing the old state Commerce Department with the Wisconsin Economic Development Corp.

“Workforce shortages represent a very real threat to the economic and social wellbeing of businesses, communities and workers across the state,” said Tim Sullivan, a CWI board member who has advised governors and local officials on economic development. Sullivan, who will play a central role in the Waukesha conference, is president and CEO of REV Group.

Monday’s event “is the beginning of an effort to help those businesses, communities and workers participate in and shape the development of a statewide plan of action,” Sullivan added.

O’Connell said he hopes the dialogue that starts next Monday becomes “a coherent, comprehensive and effective plan for addressing the state’s need for talent.”

After Monday’s event, Sullivan said, “The next step … will involve a series of local and regional meetings dedicated to ‘action acceleration’ – refining and moving that plan of action forward.”

O’Connell said he hopes it all ends with a plan being put before elected leaders in the Capitol within two years. “The first step in implementing a comprehensive plan involves earning and demonstrating a significant level of public engagement and enthusiasm,” he said. “That’s our goal for 2020. We believe we can accomplish that goal [and] that will encourage Wisconsin employers, policy makers, and others to take concrete action in early 2021 – if not earlier.”

Melissa Hughes, new CEO of the Wisconsin Economic Development Corp., said in a WisconsinEye interview that she repeatedly heard three economic development “strengths” in her first tour of Wisconsin – broadband, housing and workforce.

*Businesses who say, “We need workers – and this is the type of worker we need.”

*Communities with a “quality of life” that attracts and keeps families.

*Technical and UW System colleges to train workers for jobs now and in five years.

They won’t recommend replacing the state’s “Forward” motto with “We’re Hiring.” Not yet anyway.