By Erik Gunn, Wisconsin Examiner - Nov 6th, 2019 12:10 pm
Get a daily rundown of the top stories on Urban Milwaukee 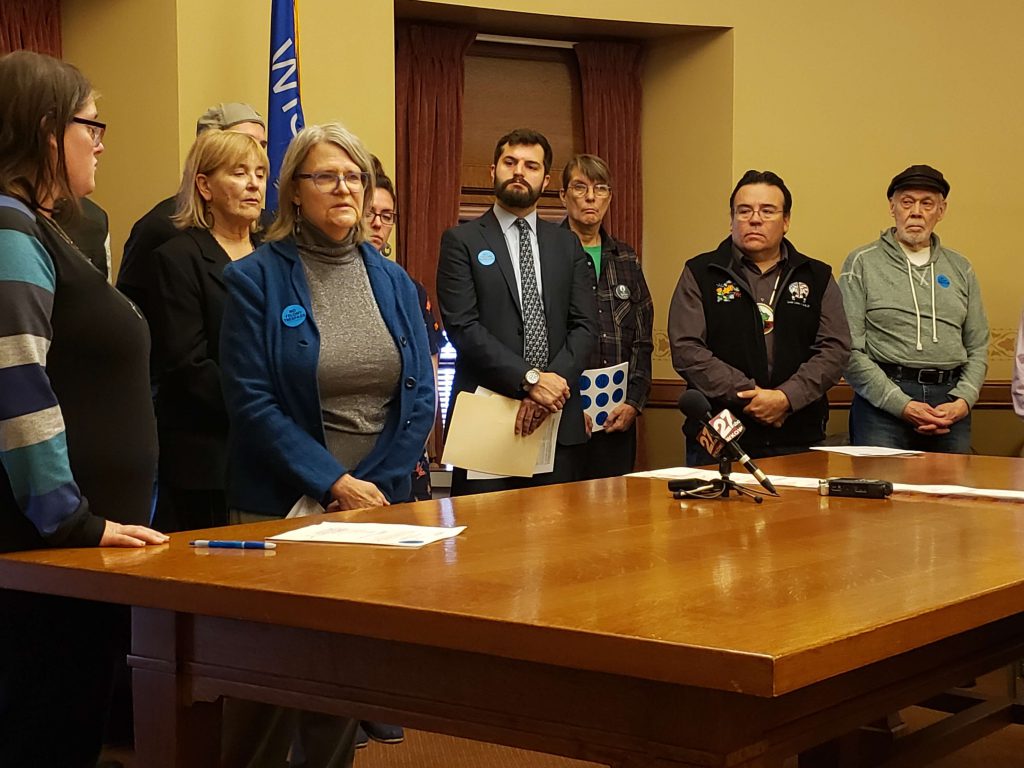 group of organizations oppsed to SB 386, which maked trespassing on pipeline and ther energy-related projects a felony, speak with media representatives before the Senate Judiciary and Public Safety committee hearing on the bill Tuesday. Photo by Erik Gunn/Wisconsin Examiner.

The state Senate passed a bill escalating penalties for trespassing and vandalism at pipelines and other energy-related sites on a voice vote Tuesday, sending it to Gov. Tony Evers. A final effort to narrow the bill’s scope failed on a party-line vote.

Assembly Bill 496 — backed by business interests as well as by labor unions whose members work on pipeline projects — was written with bipartisan support and passed through legislative communities with little dissent. But at public hearings, the measure sparked vocal opposition from environmental activists who said that it was aimed at intimidating lawful protests of pipeline projects, while the dangers proponents cited in support of the legislation were overblown.

Democratic backers of the bill, which classifies trespassing and vandalism at certain energy- and water-related infrastructure sites as a felony punishable by up to six years in prison and $10,000 in fines, have come under particular criticism for their support.

Before Tuesday’s Senate vote, Democrats offered an amendment including language specifying that the bill would apply only if a person “intended to or did cause substantial interruption or impairment of any service or good provided by the energy provider with the intent to present a substantial threat of bodily harm to one or more persons.” The amendment was rejected 19-14.

Opponents of the bill have already signaled they expected it to pass and will campaign for Evers to veto the measure.