Plus: New Puerto Rican cafe. And Ash Restaurant opens with smoky fare by the two Dans. 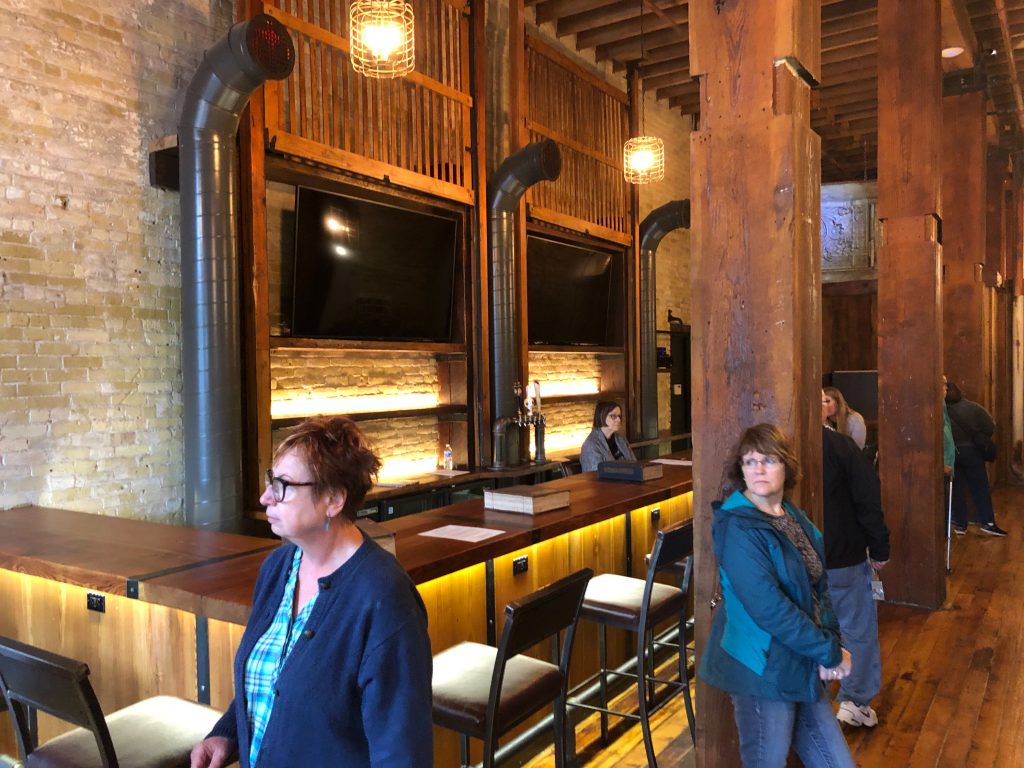 The construction of Aperitivo (311 N. Plankinton Ave.), a new Italian bar and restaurant in the Pritzlaff Complex, is nearly finished and could open its doors as soon as December. Traditional, small Italian plates like spiedini and involtini as well as shareable options can be expected on the menu.

Restaurateur Richard Kerhin told Lori Fredrich of OnMilwaukee.com the name comes from the Italian tradition of gathering with friends over food and drink at the end of a work day:

“I don’t need to reinvent the wheel here,” Kehrin tells OnMilwaukee. “But I’m hoping to bring something new to the area. I want to create a place where, when people get done with work – and want to avoid dealing with rush hour – they can come to relax and unwind. The idea isn’t to ruin your dinner, but instead to tease the appetite before you enjoy a larger meal.”

…“I’m still working out what the bar menu looks like,” he says. “What I do know is that you don’t want it to be like every other bar menu in town.”

Kehrin hopes to feature a variety of dishes to accommodate all diets, including vegan and low-carb options. Aperitivo will be open in the morning for coffee and breakfast (time undecided), with lunch available until 2 p.m. Kehrin expects the restaurant to be open until 9 p.m. on weeknights and possibly later on the weekend. Aperitivo will be closed on Sundays. 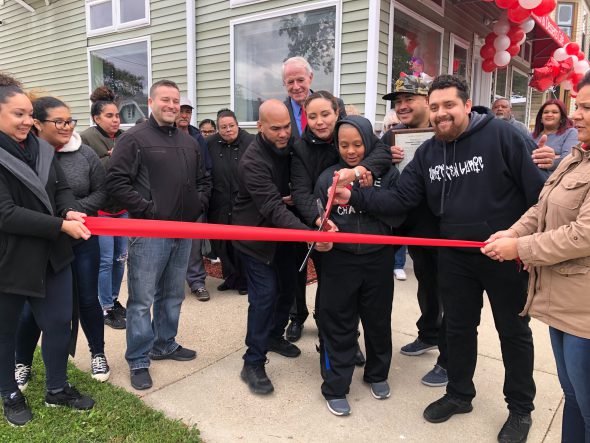 Johanna Ortiz and her husband Juan Ortiz cut the ribbon on Johanna’s Cakes and Desserts while surrounded by friends and family. Photo by Jeramey Jannene.

“If you asked me two months ago if it was worth it, I would have said no, but today, yes,” said Ortiz in an interview with Urban Milwaukee. After purchasing the vacant building in 2016, Ortiz ran into numerous structural problems from a failing foundation to electrical wiring issues that put the restaurant on hold.

The cafe features tables for sit-down dining, a counter for to-go orders and a kitchen. The menu includes everything from quesitos, a cream cheese-filled pastry, to paninis. Custom cakes are also available.

The cafe’s regular hours are 7 a.m. until 6 p.m. on Tuesday through Saturday and 7 a.m. until 3 p.m. on Sunday. The cafe is closed on Mondays.

Gone is the old Smyth restaurant, replaced by the new restaurant Ash, in the Iron Horse Hotel at 500 W. Florida St. Ash aims to bring wood-fired flavors to guests from around the country and Milwaukee as well. The menu features hearty, hearth-fired dishes including house-made spaetzle with bone marrow, Peking duck in a Spotted Cow beer glaze, and pork belly.

Urban Milwaukee talked with restaurateurs/chefs Dan Jacobs and Dan Van Rite, known for such restaurants as DanDan and Fauntleroy about their conception for Ash:

“From the beginning of time people have gathered around a fire for food, conversation and warmth,” says Jacobs. “We want guests to feel the same way when they gather at Ash. Warm, familial, at home. It’s genuinely Milwaukee.”

“The thought behind Ash was to create a simple, seasonal, American menu — highlighted by the use of fire and smoke,” says Jacobs. “From slow cooking in embers to smoking and finally charring over an open flame, hearth cooking creates an enhanced flavor in everything from meats to vegetables.”

Previously the space for 1983 Arcade Bar, the building at 1110 N. Old World 3rd St. will now feature a “fresh take on a neighborhood bar,” to be named WhiteTail Milwaukee. In a change of pace from the other businesses on the street, the new space aims to tout a modern look.

Urban Milwaukee spoke to new owner Edward DeShazer in May about his new venture:

The new concept hopes to engage bar-goers who are in their late 20s to 50s. “In an area dominated by sports and bars, it’s a demographic that gets left out a lot,” says DeShazer. “We hope to get a younger crowd, but we also want to reach both younger and older professionals as well. We want to bring something to the area that we feel is needed there, and give the city another great venue.”

“That area is the hottest area in the state of Wisconsin, especially with the new arena and the Bucks playing championship basketball,” he says. “It’s a great opportunity to be able to have a space in the Deer District.”

Hours of operation are expected to run from 4 p.m. to 2 a.m. daily.

From 6 to 8:30 p.m., Amilinda (315 E. Wisconsin Ave.) will host Perrilla Kitchen’s first official pop-up event. Guests will be served family style, with slow-braised meats and other savory favorites created by Wisconsin native Chef Jenny Lee, perhaps including such options as pork belly and her business’ namesake, Perilla, a fermented herb that Lee dresses with soy sauce.

Lee talked about her cooking style in an interview with Fredrich and OMC:

“I want people to walk in and know that they’re there for some really great comfort food,” says Lee. “… and that they can totally stuff their faces and that’s OK.”

Guests will also be treated to what Lee calls her signature dish: Korean short ribs marinated and cooked until tender. “I cook them in an instapot… because I’m a mom,” she says with a laugh.

Tickets to the event are $60 and can be purchased online.

The Milwaukee Record’s Tyler Maas has the story:

“The iconic drive-in has been an important and widely-loved part of the city’s warm weather months for generations… According to a Nite Owl employee we spoke to today, Nite Owl’s final day of its 2019 service will be Saturday, November 2. You’ve been warned, Milwaukee.”