The Legacy of Morris Andrews

He built state teachers union into the foremost Capitol power — only to see its dramatic decline. 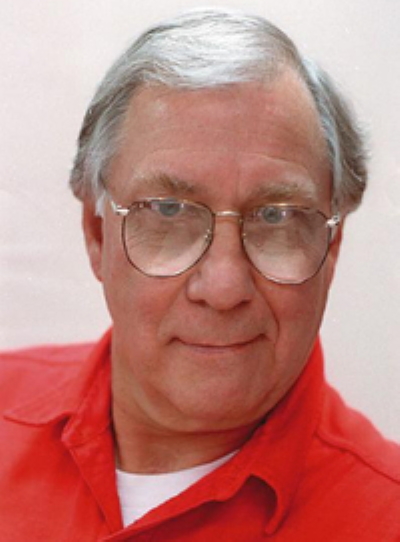 When he ran the state’s largest teachers union, Morris Andrews joked that – from his Nob Hill Road office on Madison’s south side – he could monitor Republican Gov. Tommy G. Thompson’s Capitol office.

It wasn’t true; Andrews had no view of Thompson’s East Wing office. But it was a very telling joke about Andrews’ long reach during a very different era in Wisconsin politics.

Andrews, 83, of Madison, died on Oct. 10 – about 27 years after he retired as executive director of the Wisconsin Education Association Council (WEAC).

Over a period of 20 years, Andrews built WEAC into a political force that got its way in the Capitol for decades, thanks to Democratic legislative leaders and legislators WEAC helped elect. When Andrews retired, according to a Capital Times story, WEAC had 61,000 members and a budget of $8 million. WEAC is now a ghost of what it was then.

A veteran observer of Wisconsin politics and one-time candidate for governor said Andrews told WEAC members: “You teach. WEAC will work to increase state funding – via winning elections – and we’ll professionalize and staff the local bargaining so that the money/benefits accrue to teachers.”

“He was the most effective public employee union leader in the state,” recalled former state Senate Majority Leader Tim Cullen, of Janesville.

WEAC even sometimes endorsed Republicans like Sen. Dale Schultz, who also served as majority leader, Schultz said. But on an issue where they disgreed, Schultz said WEAC treated him like the “devil incarnate.”

But Schultz said Andrews was “practical, very pragmatic.” One example: Schultz said he once heard Andrews gave this advice to some WEAC members: We have it pretty good now. We have to be smart about this. We have to worry about asking too much.

Andrews also formed the WEA Trust subsidiary, which marketed health-care policies to school districts and their employees. For years, Republican legislators said many districts were forced to buy expensive health care from WEA Trust. Republicans had to wait decades to rewrite those rules, however.

During and after his WEAC tenure, Andrews advised Capitol pols.

After he left WEAC, Andrews wrote a plan on how Republican Sen. Mike Ellis could be elected governor. The two schemers and dreamers were ideally matched, though Ellis never did run for governor.

As recently as the 2011-12 legislative session, Andrews was a registered lobbyist for the Wisconsin Professional Police Association.

Last year, Andrews backed Milwaukee-area businessman Andy Gronik, one of several Democratic candidates for governor. Gronik dropped out of the race before the August primary.

Democratic Gov. Tony Evers, a former state superintendent of public instruction, praised Andrews: “Morris Andrews was an extraordinary leader, period. Not only did he provide our educators a powerful political voice but — more importantly — he helped teaching become an honored profession. That status will never be relinquished.”

Andrews had WEAC on a roll when Thompson was elected governor in 1986. But Thompson attacked WEAC, saying it had too much power. Thompson’s attacks got traction with voters, who re-elected him three times.

The governor personally scapegoated Andrews. They fought over K-12 school funding, teachers’ pay and the power of local school districts. The two started out as “political enemies,” Thompson told the Capital Times. But, “By the end we were political soul mates.”

When you got past the “veneer” of toughness Andrews loved to project, Thompson added, Andrews was “friendly, smart, intellectually challenging.”

What Thompson didn’t say, Walker said in his 2010 campaign for governor: Public employees are the “haves;” everybody else, the “have nots.”

After Walker won, Republican legislators passed his controversial Act 10 in 2011, all but ending collective bargaining system for most public employees. Act 10 made public employees pay more for health care and pension benefits, made it harder to join and stay in unions, and decimated public employee unions – including the WEAC that Andrews had built.

Thompson opened the attack-public-employees door. Walker walked through it.

Andrews will be remembered in Nov. 3 events — a 12:30 reception and 2 p.m. service — at Madison’s Monona Terrace Convention Center.

Steven Walters is a senior producer at the nonprofit public affairs channel WisconsinEye. Contact him at stevenscotwalters@gmail.com