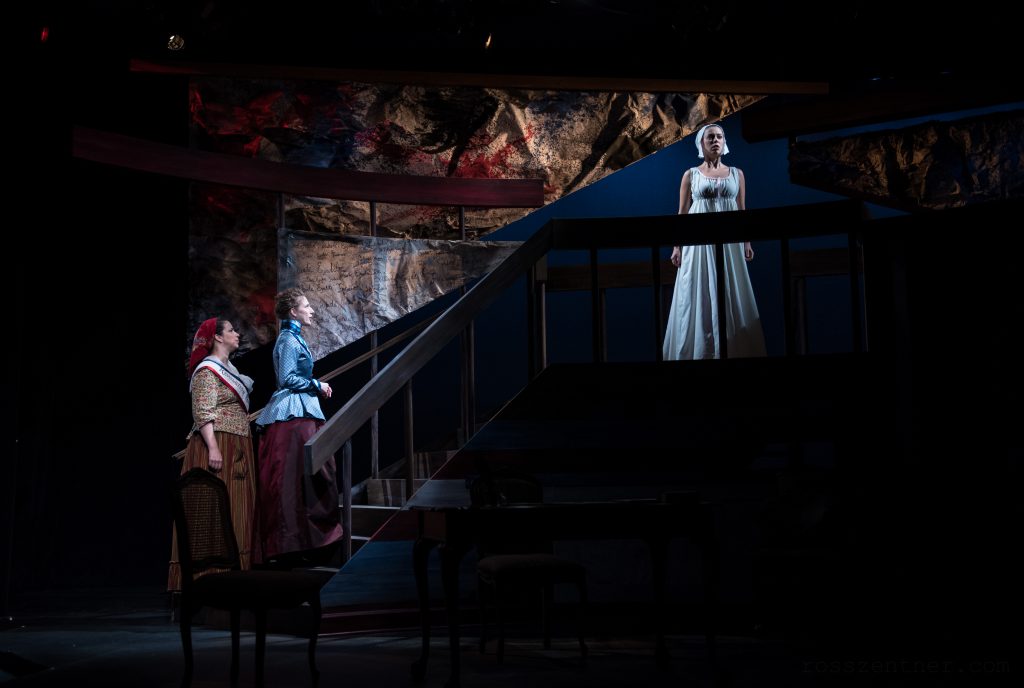 The Revolutionists. Photo by Ross Zentner.

Lauren Gunderson is an amazingly prolific playwright, an ardent student of Shakespeare and world history and certainly the most produced playwright currently in regional theater. Wisconsin audiences are already familiar with such output as “Silent Sky” and “The Book of Will” – and now have an opportunity through Oct. 20 at the Next Act Theatre to take on her surreal feminist romp through the French reign of terror in “The Revolutionists.”

This one is recommended with caution unless you are intrigued by how a good director and cast can keep a tennis match going longer than reasonable.

Operating here at her fey extremist, Gunderson has anticipated every criticism a reviewer could muster. No one can ever dare claim she doesn’t appreciate the complexities of theater, which is a chief target of her bon mots.

Her script groans about any play that is about playwriting, though this one is. She jests about contradictory aphorisms, as this one delights in. She questions any play undercutting its reasons for existing – as this one does.  Wait for any good line and it is immediately stepped on.

By inviting an unlikely 18th century sisterhood (a playwright, a deposed queen, an assassin and a colonial revolutionary) to share quarters and trade arguments about what the play should be, the author has made the play about the difficulty of landing a meaning and sticking with it.

It is eyebrow arching and ultimately empty fun, kept afloat by director Laura Gordon’s script-solving staging and the care she has put in to the right theatrical weight for each character. The play is outlined as if important meaning should be attached to its flurry of ideas, but in the end turns on itself and contradicts every moment that could create pathos within the comedy.

Jason Orlenko’s costumes and Marisa Abbott’s lighting are among the technical elements that help the better angels of the performers – and these are actors accomplished at mocking or inhabiting their characters depending on Gunderson’s whimsy.

The busiest interpreter of classical sounding lines is Cassandra Bissell as the panicked but ever commenting playwright, though I wish the part allowed for more sotto voce asides. As the attractive assassin with great hair, Eva Nimmer whips up surprising power and humanity while Leah Dutchin is the alto voice of reason that tries to keep Gunderson’s shifting motives in balance – and generates the truest outbursts of feeling.

“The Revolutionists” is tough on audiences seeking clear emotional results but it sure is provocative for theater people who want to change emotional direction on a dime. 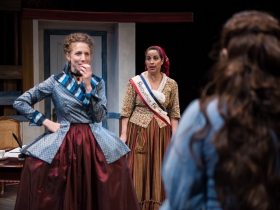 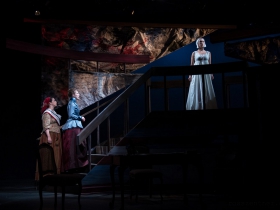 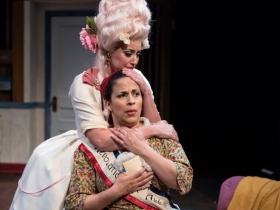 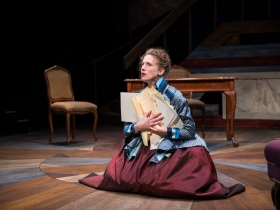 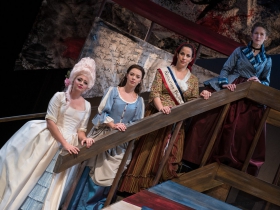 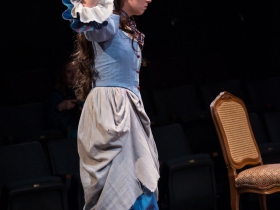