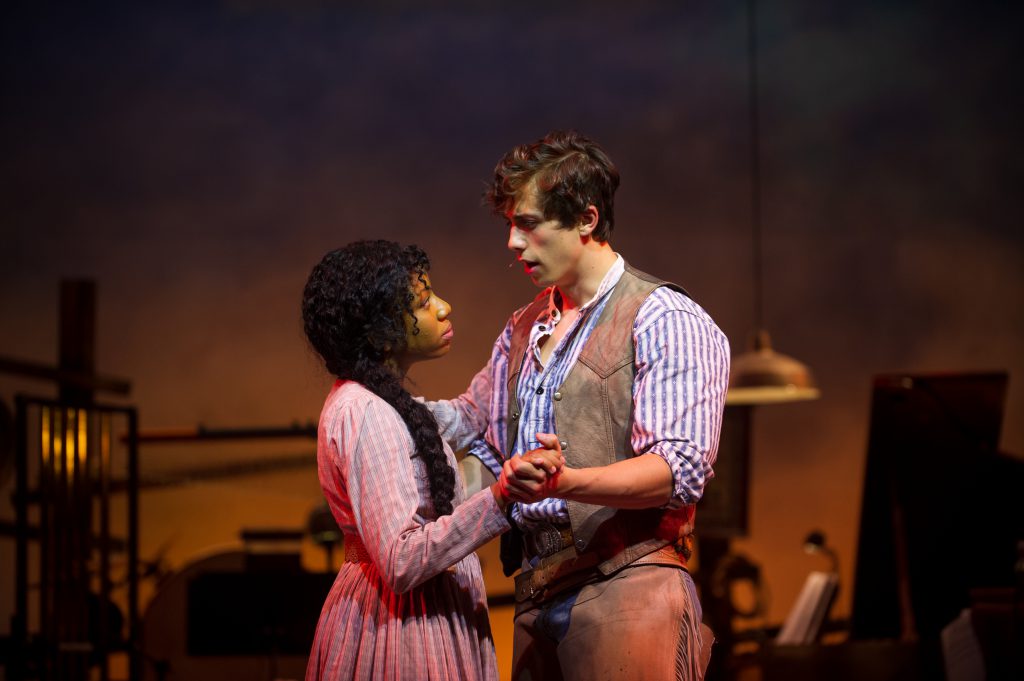 Working with new partner Oscar Hammerstein II in the Forties, composer Richard Rodgers recalled to me in the early 1970s how his heart leaped with joy when he saw the first lyric for the first song of the musical they were writing that would be called “Oklahoma!”

The line was “There’s a bright golden haze on the meadow” from “Oh What a Beautiful Morning.” It is framed by the Skylight Music Theatre through Nov. 13 to emerge from silence, with Curly turning toward us to sing it in simple beauty — as if the production was unknowing literate partner with the deceased creators 76 years later.

This after decades of  honorable but standardized approaches that made a landmark musical – the first to really try to let every song be part of the story – mainly a Technicolor candy coated warhorse of pop music familiars, with characters who simpered through duets or over-broadened prairie farmers and cowboys.

What was daring in the 1940s – including thinking in poetic phrases about a pioneer Old West dominated by Gene Autry and Gary Cooper – was in danger of staleness until the last several years. Now “Oklahoma!” has been re-examined from different angles. A current acclaimed Broadway revival is defiantly modernistic and country music-ish.

At the Skylight, director Jill Anna Ponasik hasn’t gone country like Broadway. But she has stripped down the music and lyrics, sandpapered the vistas into rustic overtones and delved into the psychological pulls of the story. Mainly she lets “Oklahoma!” and its exclamation point rise or fall on directness. If the words are memorable, the tunes haunting and the lyrics revealing, just play them out without artifice or old school posturing. The patrons will be pulled right in, she thought — correctly.

There is also no shock today – though there would have been fury in the 1940s – at the color-blind casting and the deliberate goony feeling to the music as master keyboardist David Bonofiglio leads three veteran Skylight musicians in an upstage sideshow, with percussion sensei Michael (Ding) Lorenz leading the way.

The show does have a weakness though, the 12 actors sing the stuffings out of the score. But all the cast members are doing double and triple duty as characters and participants switching sides. Guessing who will turn up where gets a bit muddling and distracting. Similarly choreographer James Zager, a frequent partner with Ponasik, relies too much on invented friskiness, tangled bedsheets and sudden pirouettes. Whether the limit on cast size was budgetary or a deliberate choice, it sometimes keeps the scenes from cutting loose.

But we’ll forgive a lot in the freshness of straightforward affection the production displays.

Lucas Pastrana, a veteran Skylight tenor lead, sings Curly to the interpretive hilt and turns “The Surrey With the Fringe on Top” into a gentle comic seduction. He can still grow as an actor but he adds some character texture to the story. The standard villain of the piece, handyman Jud Fry, is given a genuine stalking humanity by Jeremy Peter Johnson, who finds unexpected pathos in “Lonely Room” and, with Pastrana, provides a deeper current than usual to the mockery of “Poor Jud Is Dead.”

There is a friction of lovers well explored in “People Will Say We’re in Love,” with Brittani Moore as Laurey melting us with her smiles and tomboy manner and laying down strong soprano high notes, though her lower pianissimo register has to fight for attention. “Many a New Day” becomes an example of Ponasik and Zager falling back on old ideas.

The biggest belter as she should be, with a comedic joy in seizing center stage, is Hannah Esch as Ado Annie. Will Parker in this version needs a more muscular suitor than Sean Anthony Jackson provides, but he is one of the topnotch dancers (Christal Wagner, Stephanie Staszak) scattered in the cast.

As Ali Hakim, the peddler of wares and kisses, Ethan D. Brittingham underplays neatly as if he were a standup comic always looking for the exit. Cynthia Cobb’s Aunt Eller is great Earth Mother fun but verges on parody.

The Skylight’s new artistic director, Michael Unger, didn’t choose this 60th season but in a program note tips his hat to those who did. I again tip my hat to Ponasik. 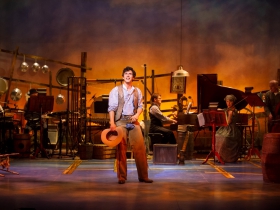 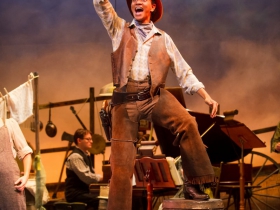 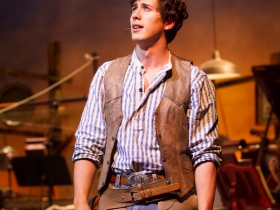 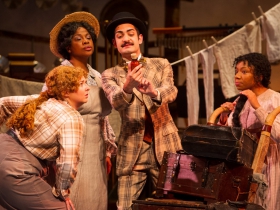 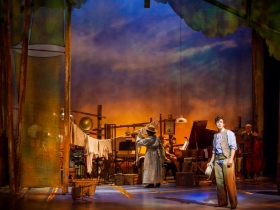 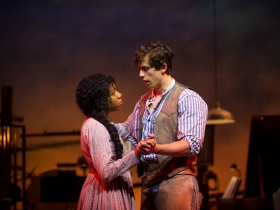