Cambria Hotel bar honors Brew City with tap and drink menu. And this isn't the first bar at this site. 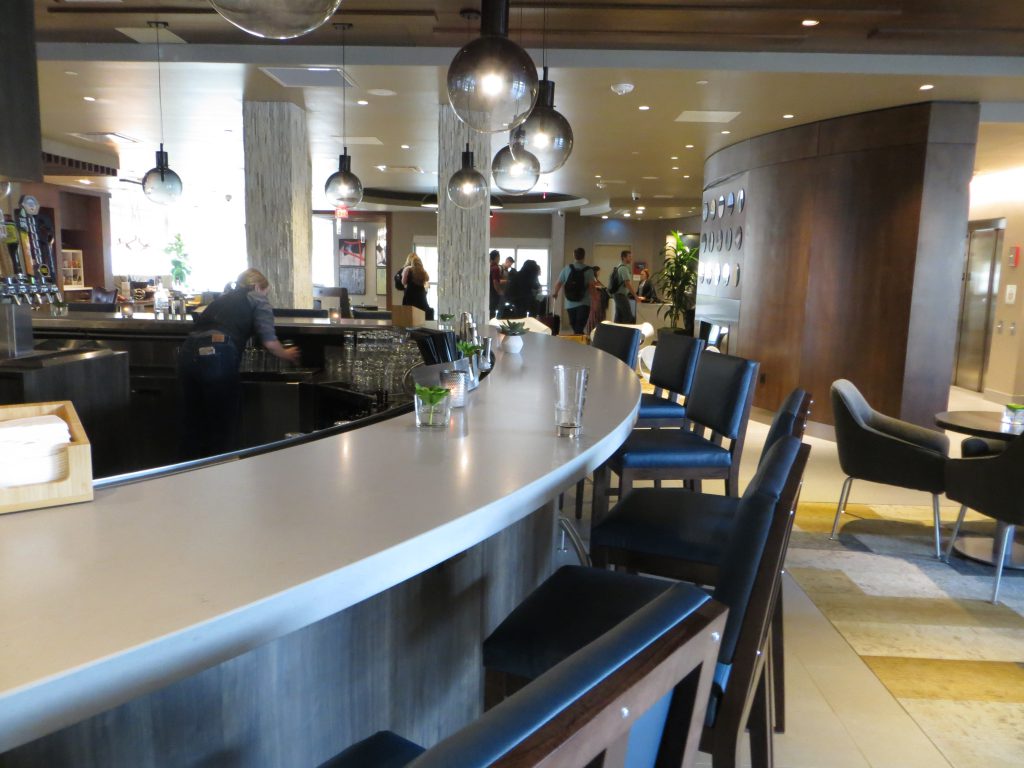 The hotel business is a big one in downtown Milwaukee, and we are in boom times. There are perhaps as many workers constructing new hotels and remodeling the old as there are employed in running existing hostelries.

Last month, at 503 N. Plankinton Ave., the construction crews moved out and the front desk crew moved in at the sparkling new Cambria Hotel Downtown Milwaukee. The 80,708-square foot, four-story building has 132 rooms on its 40,000-square foot lot. The lot, vacant for decades, long served as a surface parking lot with room for 132 cars.

The southeast corner of E. Clybourn and N. Plankinton avenues was referred to as a “downtown dead zone” by my colleague Jeramey Jannene in “Eyes on Milwaukee” column about this project last October. The entire block was devoted to parking — all surface lots — with the exception of the Gimbel’s Parking Structure, built in the Art Moderne style in 1947, and on the National Register of Historic Places (of all things) since 2001. For decades it was the only structure on the block. An elevated freeway and ramp to the south added to the area’s isolation. 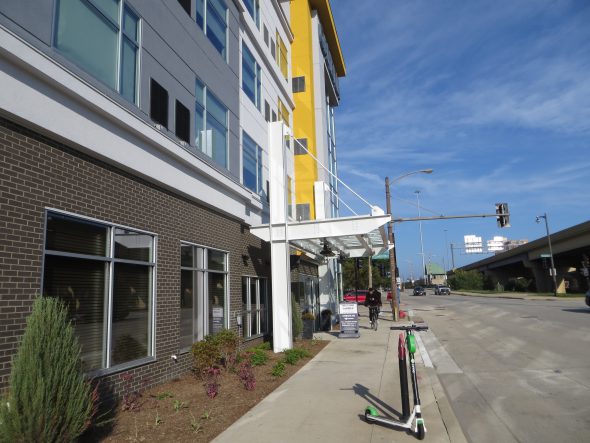 But, with the opening of this new hotel just blocks from the Milwaukee Intermodal Station and The Hop streetcar, signs of life are returning to this site, located just a block west of the Milwaukee River in the heart of downtown.  At five o’clock on a recent afternoon, a group of conventioneers checked in at the hotel while, in a first floor meeting room, employees of the Milwaukee-based Gardner Denver Company (“Industry’s first choice for innovative and mission-critical flow control”) were (hopefully) in the final hours of a business meeting. A bank of elevators whisked passengers to their rooms, or back to the lobby lounge.

All of this within sight of the hotel’s bar and cafe, centrally located in the heart of the open floor plan of the first floor. The U-Shaped bar extends west into the room, and has twelve padded, swiveled bar stools, a shiny new foot rail, and computer ports located beneath the bar rail, all very modern and convenient. The room is further equipped with low tables, some round, some rectangular, and all with views through a curtain glass window at the outdoor lounge beyond. In the background, looming beyond, past the remaining surface parking lots, is the headquarters of WE Energies, located on the site of the former Milwaukee Union Station (1886-1985), home depot of the Chicago, Milwaukee St. Paul and Pacific Railway, (“The Milwaukee Road.”) Just to the northwest, also visible is the historic headquarters of its antecedent, The Milwaukee Electric Railway and Light Company, which also once served as the terminal of the utility’s street railway transportation system.

At Last! A Tavern on the Block Again

Clearly, this site was not always vacant, what with its central location adjacent to transportation, including the Goodrich Steamship dock a block to the east, which ferried passengers to Chicago and back. And, being Milwaukee, it is nice to know that the new hotel bar is on the site of a tavern that apparently was owned by a single family beginning in 1892, when Milwaukee police officer Theodore Thomas turned in his badge and opened a saloon at what was then 107-09 West Water Street. It appeared in city directories from that time until it closed around 1955, then operated by Theodore Thomas, Jr.

In 1894 this block was crowded with industry, guaranteeing a steady local crowd in addition to the travelers. Next door on Clybourn Street were two tin shops, a “Carriage Repository,” a blacksmith, a wholesale hardware company, a wagon shop, another blacksmith, a tobacco warehouse and a pipe shop (probably not the tobacco variety.) Nearby was the Ainsworth Boiler and Pipe Covering Factory, the J. G. Flint Spice Mills, the J. G. Flint Tobacco Works, a “Chine” (Chinese) Laundry and a Fire House. As early as 1910 many of these buildings were demolished and larger wholesale hardware warehouses took their place, but the little saloon on the corner endured. It was a licensed “Soft Drink Parlor” during Prohibition, but as we have seen in the past, these places served potent beer and ardent spirits as well. It appears the saloon was razed by 1960. The site had been vacant ever since. So, now we have covered the “Pre-Cambrian” era of this location.

How does a giant chain with 6,800 properties worldwide customize its drink menu to suit the character of a host city while meeting the needs of its non-local customers? As it turns out, the Cambria Milwaukee Downtown does it quite well. Since the hotel bar might be the only place a visitor is exposed to Brew City beers, it comes as a pleasant surprise to find that all of the five beers on tap are Wisconsin craft brewery products, as are others in bottles. Cocktails include The Bronze Fonz Mule, a Uecker Cooler, and an MKE Old Fashioned. Although the bar does not have its own street access, its airy ambience and nice patio might be a draw for locals who enjoy bragging about their city to visitors. Hotel guests with an interest in local beers of the cities they visit will likely be gratified. It’s nice to see some life back in a former dead zone. It will be interesting to see how the other new hotels under construction adapt their drink menus to the city known for beer. The 414 Bar + Kitchen appears up to the task.

The Class “B” Tavern license application here reveals that the entire building is covered by the license, including the rooms, the indoor swimming pool and outdoor lounge. The property is owned by a complex maze of investors, including family trusts of the late John J. Lanigan of Chicago as significant owners (49%). According to the application, the hotel’s $10 million building and site acquisition cost is less than half of the $22,000,000 investment in the entire operation, ranging from the mints atop the pillows to the chlorine in the pool.

The hotel expects to derive 85% of its revenue from room rentals, 11% from food sales, 3% from alcohol sales (if they get local drinkers, that number will surely be exceeded!) and a mere 1% from parking, which will come from a few surface stalls surrounding the outdoor patio. 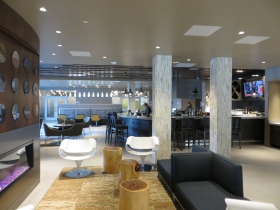 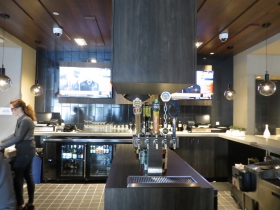 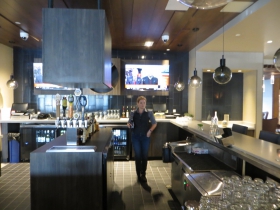 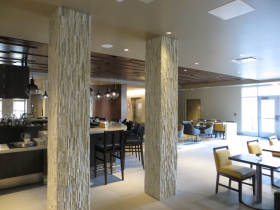 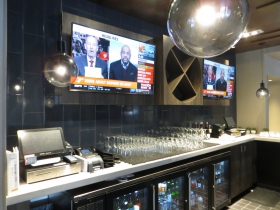 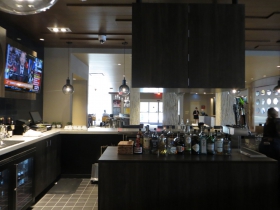