2 Police Brutality Settlements Before the City

Council could approve $260,000 in settlements Tuesday.

By Corri Hess, Wisconsin Public Radio - Sep 23rd, 2019 11:06 am
Get a daily rundown of the top stories on Urban Milwaukee 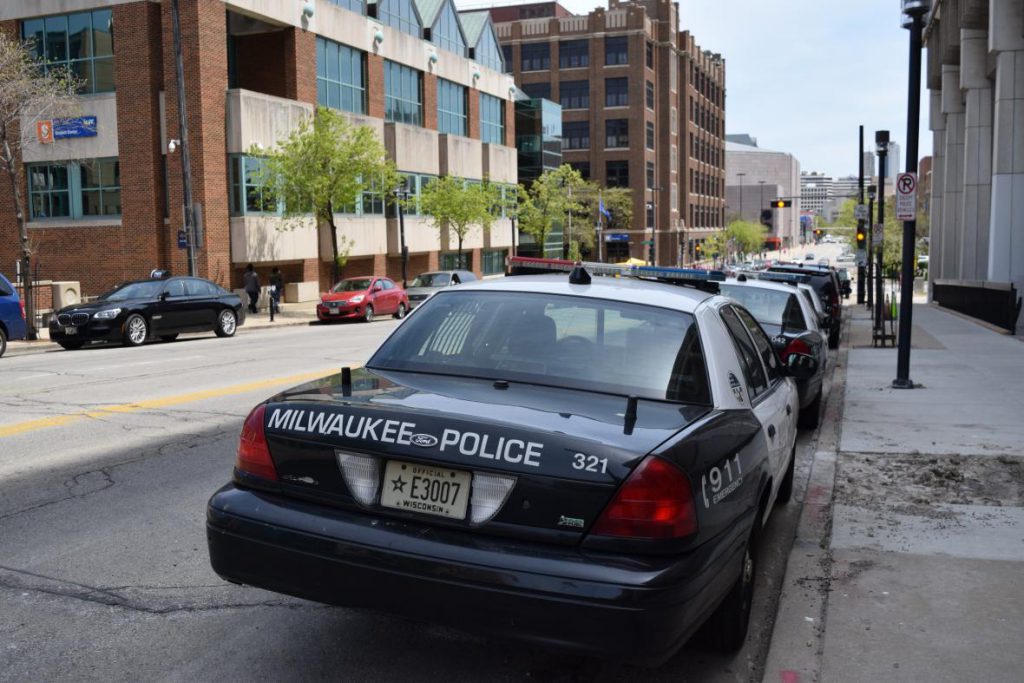 The city of Milwaukee is preparing to approve two more police brutality settlements totaling $260,000, bringing the total cost of settlements to nearly $30 million since 1958.

This week, the city’s Judiciary and Legislation Committee approved the two settlements. The full Common Council could vote to approve the deals on Tuesday.

As part of the settlements, the city would pay $100,000 for homicide suspect Deron Love. Love filed a civil rights lawsuit in 2014 against former Milwaukee police Detective Rodolfo Gomez. Video shows Gomez beating Love while one of his hands was handcuffed to the wall during an interrogation about the death of Love’s infant son.

Gomez was later sentenced to a year in federal prison for his actions, according to the Milwaukee Journal Sentinel.

The committee also approved a $160,000 payment to Rafael Rosales. Rosales sped away from a traffic stop leading police on a chase in 2017. After he was caught and handcuffed and on the ground, Officer Michael Gasser kicked him in the head so hard his nose broke and he went into an epileptic seizure.

Gasser later resigned and MPD colleagues are accused of a cover up.

Alderman Robert Bauman, who serves on both the Judiciary and Legislation and Steering and Rules committees, said when police misconduct lawsuits are settled, the tax payers suffer.

“It is money that can’t be used to fix potholes,” Bauman said. “There is a cost to public services and in addition to pay all these judgements. Something has got to give. Either we raise taxes or reduce the level of services.”

Deborah Blanks, an assistant professor at the University of Wisconsin-Milwaukee, said until the city’s communities of color and police can figure out how to work together, both sides will continue to distrust each other.

“The lawsuits tell stories,” Blanks said. “(Community members) felt they were not being heard and took to the law system.”

Under former Police Chief Edward Flynn, there were eight police misconduct and excessive use of force/deadly force lawsuits filed. Flynn left the department in 2018, after serving as chief for 10 years. One of the lawsuits, regarding the department’s stop and frisk policy, included 74 plaintiffs. It was settled for $6 million dollars.

Blanks has been serving as a consultant with Milwaukee’s Community Collaborative Committee. The collaborative was formed in October 2017 by the Common Council and Mayor Tom Barrett after years of turmoil in the Milwaukee Police Department, including the fatal shooting of Dontre Hamilton by an on-duty officer in 2014. Hamilton’s death resulted in a $2.3 million settlement to his family. Hamilton’s brother, Nate Hamilton, is a member of the collaborative.

Over the last two years, the collaborative found MPD has “ingrained racism and discrimination,” and new approaches and strategies offered by police chiefs to change this have been challenged by officers and the police union.

“Excessive use of force by the police, mass incarceration, racial disparities in arrest and detention and the distrust of the police by many in communities of color,” the collaborative’s report found.

The group presented their report this month to the City Council’s Steering and Rules Committee.

Police Inspector Terrence Gordon said community policing is interwoven in the department. But judging individual police officers on their efforts is difficult because each officer is responding to individual calls.

“There are a whole lot more factors than people can control,” Gordon said. “This is a conversation that should remain open based on the needs of the city at the time.”

Assistant Police Chief Ray Banks told city officials the department wants the same things as the community collaborative. He said seven of the nine executives of the department are people of color. Six are from Milwaukee.

“We’ve experienced the same bad things as this group is talking about,” Banks said. “The change won’t happen overnight to change that narrative.”

Bauman worries that as more police officers move out of the city, the relationship between the community and the department will worsen.

Republican lawmakers created a statewide ban on residency requirements in 2013. The state Supreme Court ruled in favor of the law in June 2016.

“I worry and my colleauges worry that police are more and more perceiving themselves as basically an occupying army,” Bauman said. “They come into the big bad city and go home to the Shangri-La of New Berlin, Brookfield, Menomonee Falls or Germantown. It’s critical for police officers to police the community they live in.”