State Will Be Three-Ring Political Circus

An open primary, voters can cross party lines, and a huge cast of presidential candidates. 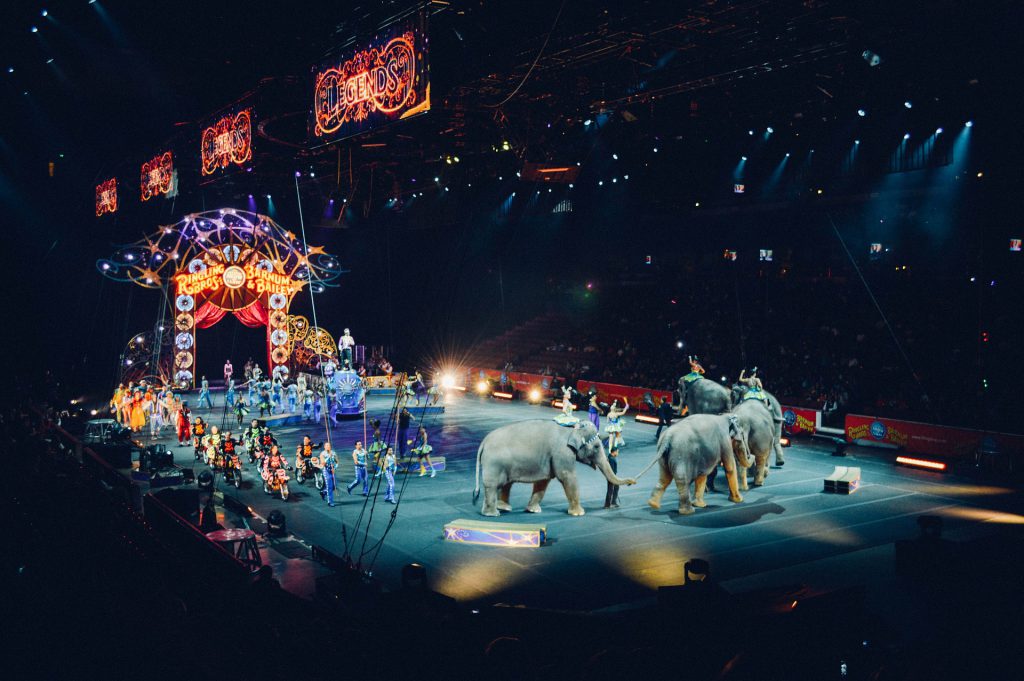 Circus. Pixabay License. Free for commercial use. No attribution required.

If you enjoy wild and unpredictable politics, you’re going to have a lot of fun as a spectator of a three-ring circus during the build-up to the Wisconsin presidential primary and general elections over the next 14 months. At the entertainment level, it’s going to be way better than reality TV.

In the first ring will be the Democratic primary that involves a bigger cast of characters than in the Republican primary of 2016 and 16 hopefuls. Will the Democrats cohere around a centrist, or will they give the nomination to a dark horse like the Republicans did with Donald Trump two and one-half years ago?

Wisconsin’s 10 electoral votes are at stake. They could prove as pivotal in 2020 as they did for The Donald in 2016. Wisconsin is bona-fide swing state. It can go either way in almost any statewide or nationwide election. To wit: we have two U.S. senators at the opposite ends of the political spectrum. We are pure purple.

At this point, we have no real clue on who will catch fire by the time the Wisconsin primary rolls around a year from now. The primary gauntlet starts in February. As for surprises, remember that Wisconsin helped to put segregationist George Wallace into national prominence in 1964 when he won one-third of the Democratic primary votes cast.

Compounding the political calculus is Wisconsin’s open primary. Voters can “cross over” to either side of the ballot. With President Trump the presumptive winner on the GOP ticket, because of his strong base, Republicans are free to go to the Democratic ballot and vote for either the candidate most likely to defeat Trump in the general election or for the one least likely.

The big block of Wisconsin independents will do the same. Together, the GOP never-Trumpers and the independents could create ballot havoc.

In the second ring is the Republican primary. The minority of Republicans who are disaffected with the president will be on the other side of the ballot. They may see a bigger anti-Trump impact there.

The possible crossover of Republican voters in the primary will make it more difficult for GOP candidates who directly challenge Trump on the GOP primary ticket, like William Weld, former governor from Massachusetts, Joe Walsh, former representative from Illinois, and possibly former Gov. Mark Sanford of South Carolina.

In any case, they will weaken the president during the debates prior to the primary election. Their rhetorical guns are already blazing away.

His GOP opponents will ask the master dealmaker: “Where’s the beef?” Where are the improved trade agreements as U.S. consumers and some businesses, like soybean farmers, suffer from counter-tariffs. They will focus on his erratic style. They will say he is not a fiscal conservative as the deficit exceeds $1 trillion per year and national debt soars. This year is one of the few times U.S. debt has exceeded the gross national product of the country — $22 trillion in debt vs. $19 trillion in GDP.

In short, they will come after the president from the right, from traditional GOP platforms. Along the way, they will be giving his Democratic opponent lots of ammunition for the general election.

In the center ring will be that Nov. general election. There will be a great temptation for one of the avid anti-Trump candidates run as an independent, much as Ross Perot did against George H. W. Bush in 1992, enabling Bill Clinton to carry the state. Wisconsin is a winner-take-all state, so its 10 electoral votes go to the Republican or Democrat with the most votes – not necessarily a majority, it may be just a plurality.

That’s the kind of electoral math that landed Mr. Trump in the White House in 2016. The same kind of math could work against him in 2020 if a right-of-center independent runs. He or she would drain votes from the president, possibly enough to give the plurality to the Democrat.

It’s fun to be in the middle of the presidential action.

But, as we all know, elections have consequences. Given the president’s unorthodox approach to governance and leadership, the Nov. 3, 2020 election will be one of the nation’s most complicated in terms of electoral votes and in terms of impact on the nation and the world. This is not a reality TV show without consequence.