With 1,531 workers in Milwaukee County. But it faces challenges, may need state help. 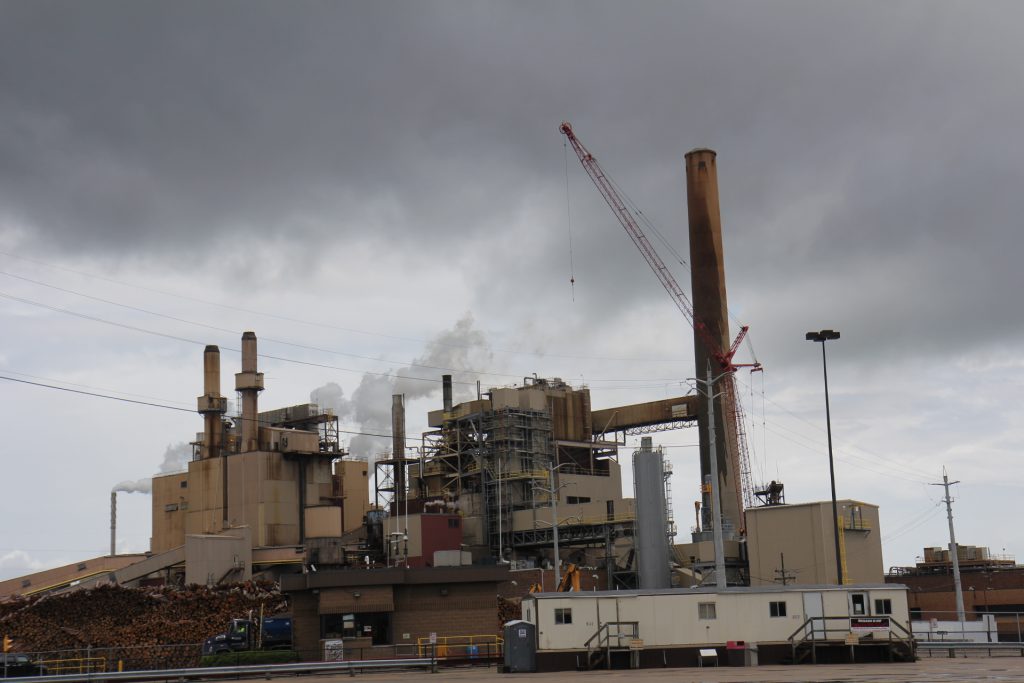 The wrapper around a cough drop. Paper separating chocolates in a box of candy. Cardboard and brown paper packaging around that Amazon delivery. A bottle of wine label. Specialized paper products that environmentalists want to replace plastics.

A new report cited those as examples of how the pulp and paper industry that helped build Wisconsin – and became an issue in last year’s elections for governor and the Legislature – has remade itself.

The analysis, prepared for the Wisconsin Economic Development Corporation by the Institute for Sustainable Technology, rated pulp and paper as an $18.1 billion industry last year and the fifth largest manufacturing sector in the state.

The 34-mill industry employed 30,262 workers in Wisconsin last year – far ahead of Pennsylvania’s 22,973 and tops in the nation. “Wisconsin’s paper industry … leads the nation by many metrics, including in value of products sold, number of employees and number of paper mills.”

Add all the ways the industry anchors Wisconsin’s economy, and it’s a much bigger number: “Total economic contributions of the pulp, paper and converting industries, through direct, indirect and induced effect is estimated to support $28.88 billion in economic output and 95,853 Wisconsin jobs.”

The news was not all good, however. The report warned that the industry also faces challenges the state’s political leaders must consider:

*Much of its machinery is aged, and expensive to replace. Competitors in China, Europe and South America have “new, faster and bigger paper machines.”

*It can’t train and attract enough young workers – especially skilled workers like electricians, pipefitters and millwrights – willing to work second and third shifts. They are needed to replace the industry’s “silver tsunami” of retirees.

*The national shortage of truck drivers is also squeezing the paper industry. And Michigan allows heavier trucks on its highways.

All this means the industry will remain a power player in the Capitol, where tax breaks for Kimberly-Clark was a major issue in last year’s elections.

After a proposed $100-million incentive package for Kimberly-Clark was defeated, legislators and then-Gov. Scott Walker approved a scaled-back package giving the company a $28 million tax credit to save its Fox Crossing plant, keep 388 employees through 2023 and make at least $200 million in capital investments.

In a statement, Evers called the report a “prime example of how Wisconsin businesses are incorporating innovation and sustainability to maintain our role as a national—and global—leader.”

The report documented how Wisconsin mills have had to move into specialty paper products and packaging, as America’s reading habits went from print to digital. But a core part of the industry production – tissue, towels and feminine hygiene products – remains strong.

The industry’s “direct output” in Milwaukee County’s economy alone, for example, was $761. 2 million, with 1,531 employees working for 27 paper manufacturing businesses.

The report included this story on how one mill evolved to stay open – with help from WEDC – as the state lost nine mills between 2001 and 2016:

Appleton Coated in Combined Locks closed and was sold in a bankruptcy auction. But union workers and local leaders convinced the bankruptcy judge to keep it running with a “skeleton crew of about 100” – down from a peak of about 680 – to keep it available for new products.

The mill reopened as part of Midwest Paper Group, producing packaging required because of the “Amazon effect” – the explosion of online purchasing. WEDC is providing $2.8 million in tax credits, if the company maintains at least 300 jobs through 2022.

Steven Walters is a senior producer for the nonprofit public affairs channel WisconsinEye. Contact him at stevenscotwalters@gmail.