Local group formed in 2012 featured at one of the world’s biggest Irish music festivals.

By Melissa Ingells, Wisconsin Public Radio - Aug 16th, 2019 02:51 pm
Get a daily rundown of the top stories on Urban Milwaukee 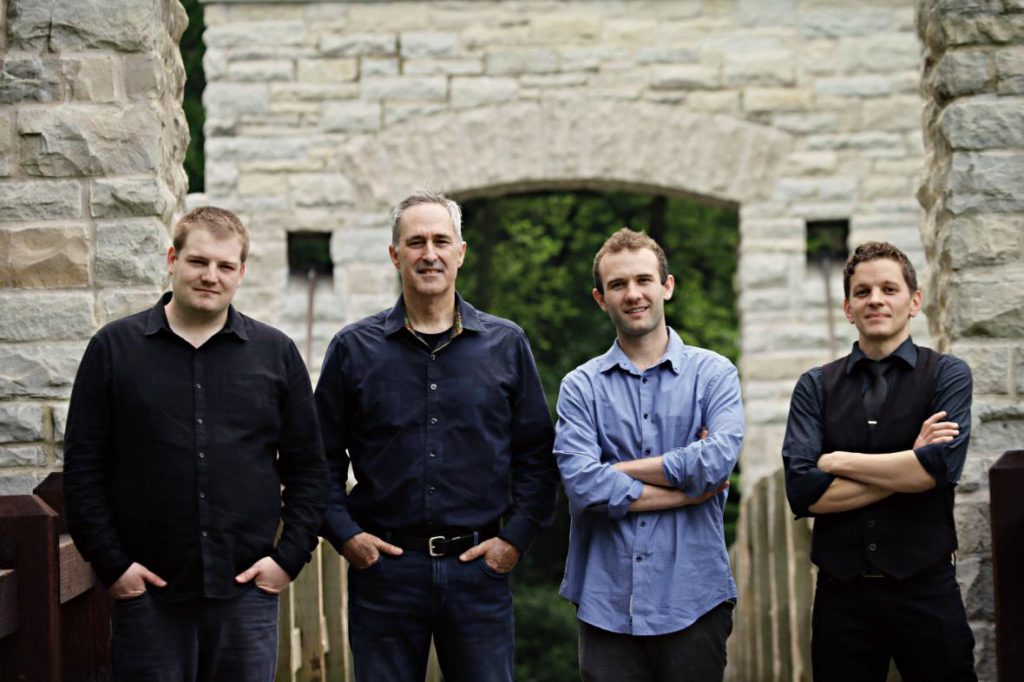 The Milwaukee Irish Fest starts Thursday on the Summerfest grounds in downtown Milwaukee, with Celtic music groups from all over the world on multiple stages. One of the featured bands is Tallymoore, a mostly-Milwaukee group that started playing Irish music back in 2012.

Wisconsin Public Radio’s Melissa Ingells talked to two members of the band — David Kennedy, a guitarist and vocalist for the group, and Sean Ward, who plays mandolin and sings. Other band members are violinist Patrick Wade and vocalist Pete Ford.

Melissa Ingells: Irish music started out as homemade music, back in the days of playing in people’s kitchens. Then it got to the album era, and now it’s into the realm of streaming. Where does it go from here? What’s the future of Irish music?

David Kennedy: To me, the future of Irish music is really bright. It’s very vibrant. That’s because it’s not only accessible through streaming, but through live festivals. If you look across the lineup of our own Milwaukee Irish Festival, it’s international, it’s the heavyweights of the festival scene descending on Milwaukee. And it’s the ability to see that music live that I think is going to really sustain it.

Sean Ward: One of the things that this band does is, we like to look in our past and make sure we still have a vision of what brought the music to our doorstep. And one of the perfect examples is Tommy Makem. He was a torch-bearer for Irish music. He came over in the ’60s and played with the Clancy Brothers, played on the “Ed Sullivan Show.” And Irish music wouldn’t be where it is today without him, and so we like to keep that in mind. A lot of that music did start at farm parties in Ireland, and now it’s crazy to see how vast the market is for it now, especially in America.

MI: What do you think it is about Irish music, Celtic music, that, even if a person is not from that background, that makes it so universally appealing to people?

SW: All the songs that we sing, if you take two seconds to listen to them, you can already know the chorus and sing along. There’s awesome songwriters in Ireland to this day, and forever there have been.

DK: Folks will be listening to songs that they likely are not going to know, and the melody is infectious. It just sounds very organic and the rhythm is very compelling. Those are the qualities of the music that just draw people in.

Listen to the interview here.