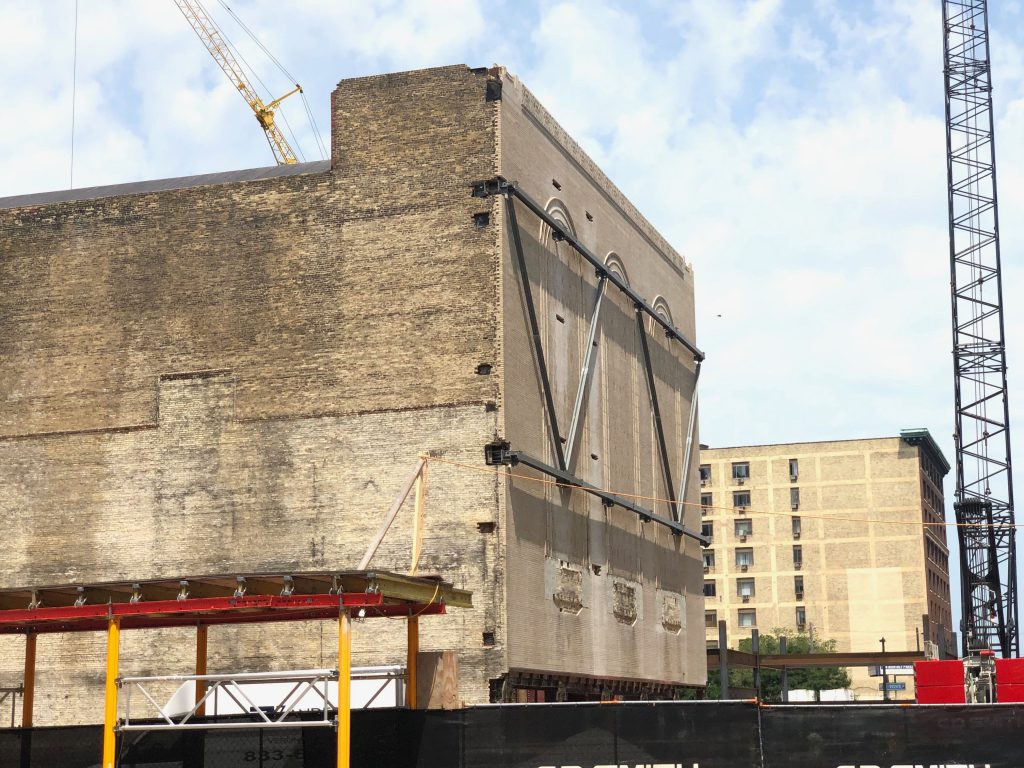 The braced wall at the Grand Warner Theatre. Photo by Jeramey Jannene.

The first proposal is a complex, $3.9 million deal that would amend an existing tax-incremental financing district to fund $3.8 million of streetscaping improvements on N. Broadway between E. Michigan St. and the Historic Third Ward as well as allocating $100,000 to overhaul the county-owned Pompeii Square plaza located along N. Jackson St. near a Interstate 794 offramp. Part of the Broadway streetscaping would include installing lighting under the elevated freeway in an attempt to create a better pedestrian connection between Downtown and the Historic Third Ward.

The city would fund the $100,000 from increased property tax revenue from the development of the Huron Building and the increased value of other adjacent properties. The $3.8 million for streetscaping improvements would come from an upfront payment by Huron Building developer J. Jeffers & Co., which would be repaid with interest by incremental property tax revenue from the development.

For more on the proposed changes, see our detailed articles on the Broadway Connection and Pompeii Square components. 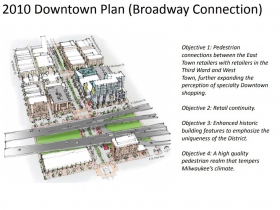 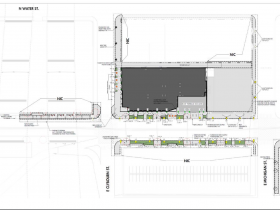 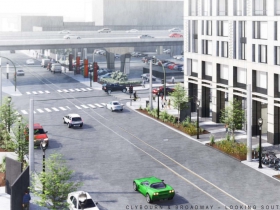 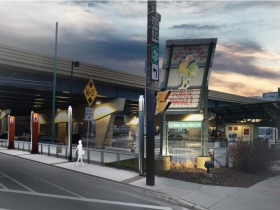 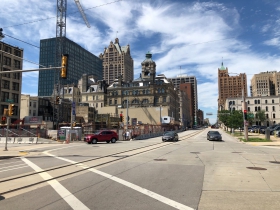 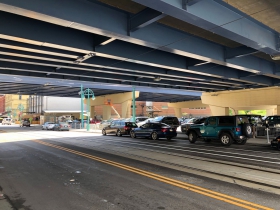 The council also approved allocating an additional $3 million to support the relocation of the rear theater wall at the Grand Warner Theatre and the rebuilding of N. 2nd St.

The Milwaukee Symphony Orchestra is planning to relocate the wall in mid-August to accommodate the $89 million conversion of the former movie theater to a music hall. To create a larger stage the wall will be slowly moved eastward 35 feet, as one piece, into N. 2nd St.

A Department of City Development report notes that the increased cost comes primarily from poorly recorded utility locations under N. 2nd St. More utility infrastructure needs to be removed and relocated than expected, including a We Energies steam tunnel.

The city had already awarded the project a $750,000 facade grant for the wall move and anticipated spending $2.5 million on public infrastructure. The additional $3 million will bring the project’s total cost for the city to $6.25 million.

The move is expected to occur in August.