The Game is Rigged in Wisconsin

We wouldn’t tolerate a rigged football game. Why allow a rigged democracy? 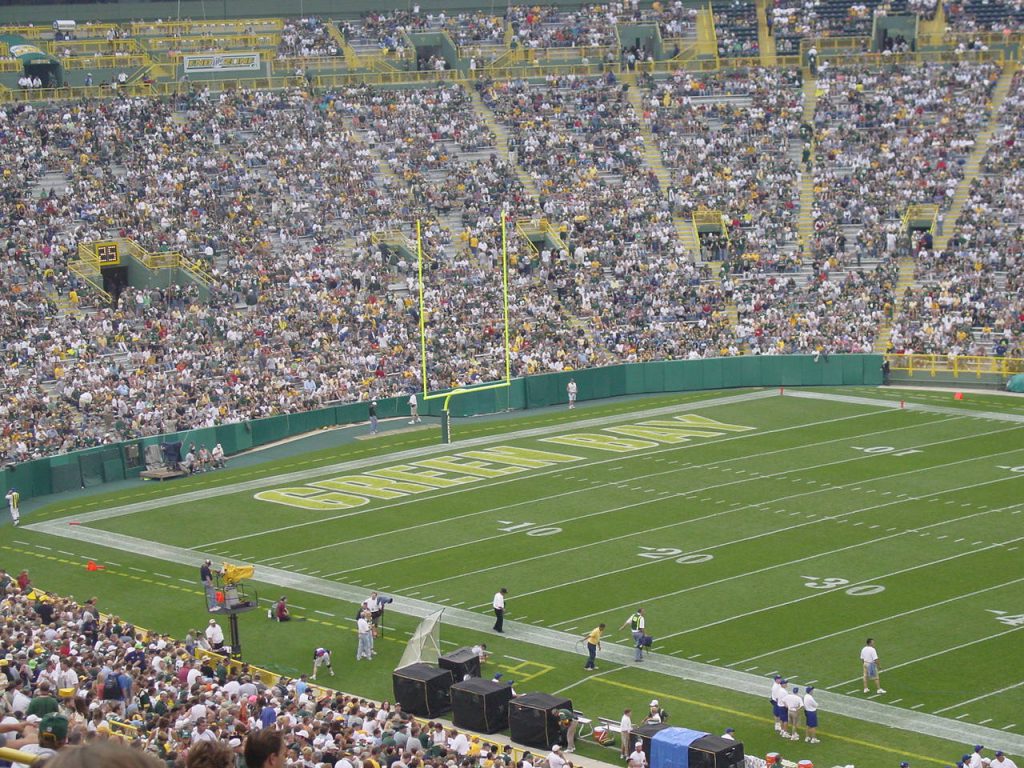 It’s September 5 and you’re in front of your TV watching the Packers take on the Bears. Early on, Aaron Rodgers throws a beautiful pass for a touchdown, but only three points go up of the scoreboard. The ref explains that Packers’ touchdowns are only worth three points, but Bears’ touchdowns count for eight. Next, the Packers stop the Bears on four downs, but the ref says the Bears get five.

Packers fans would be up in arms because the game is fixed. Something far more important (yes, even more important than the Pack), is being rigged, and that’s our democracy. Republicans are skewing the rules of our electoral system to hand them wins when they really have lost.

The Republican scheme to pervert our democracy is multifaceted. They are restricting who can vote, making it difficult for certain constituencies to register and vote, and manipulating how the votes are counted, all to their advantage.

Central to the Republican stratagem is restricting voting by groups that tend to vote Democratic: youth, minorities, the poor and disabled. Republicans have carried out purges of voter lists, enabled by the Republican-controlled Supreme Court. In Georgia, such a purge, implemented by the Republican candidate for governor, was key to his narrow victory last year over Stacy Abrams.
Republicans have also severely restricted registration efforts, even going so far as to criminalize registration drives in a number of states.

Nationwide, Republicans have passed laws that not only require identification to vote, but also severely restrict what identification can be used. They have also made it hard to obtain the allowed means of ID. These laws have been especially targeted at youth, who voted 2 to 1 for Democrats in the last election. Republicans in many states disallow student IDs as valid voter identification. For example, in Wisconsin, students’ identification must meet certain requirements that are not imposed on older voters, invalidating existing University of Wisconsin ID cards for voting purposes.

The Republican voter ID law had the intended impact. A study found that in the presidential election in Wisconsin, more than 200,000 voters, mostly Democrats, were prevented from voting by the ID law. That’s 10 times the margin by which Trump won Wisconsin’s electoral votes. Prior to the election, Republican Congressman Glenn Grothman boasted the voter ID law would tilt the state to the GOP.

The Republicans are recreating a modern version of the poll tax which was used for decades to keep African Americans for voting. In Florida, the Republican controlled Legislature recently passed a requirement that 1.4 million ex-felons satisfy all their legal debts before they can vote. In New Hampshire and other states, Republicans are requiring students to pay prohibitive fees to vote.

* I understand and agree that registration on or use of this site constitutes agreement to its user agreement and privacy policy.
Another Republican tactic is to make it harder for some groups to vote. In state after state, they have eliminated or severely cut back on early voting, especially the traditional “Souls to the Polls” voting by African Americans. They also have limited the number of voting machines in Democratic leaning precincts, leading to massive lines on Election Day and in some cases, banned voting locations on college campuses.

Once voters do make it to the polls, their votes are often close to worthless for legislative and congressional races due to extreme partisan gerrymandering. For example, even though Republicans received only 46% of the vote for the Wisconsin Assembly, they were awarded 64% of the seats. Gerrymandering would have been made significant worse if the Trump administration had succeeded in skewing the 2020 census as they desperately tried to do.