When the Riverwest Pumping Station opened in 1924, its massive pumps set a world record. 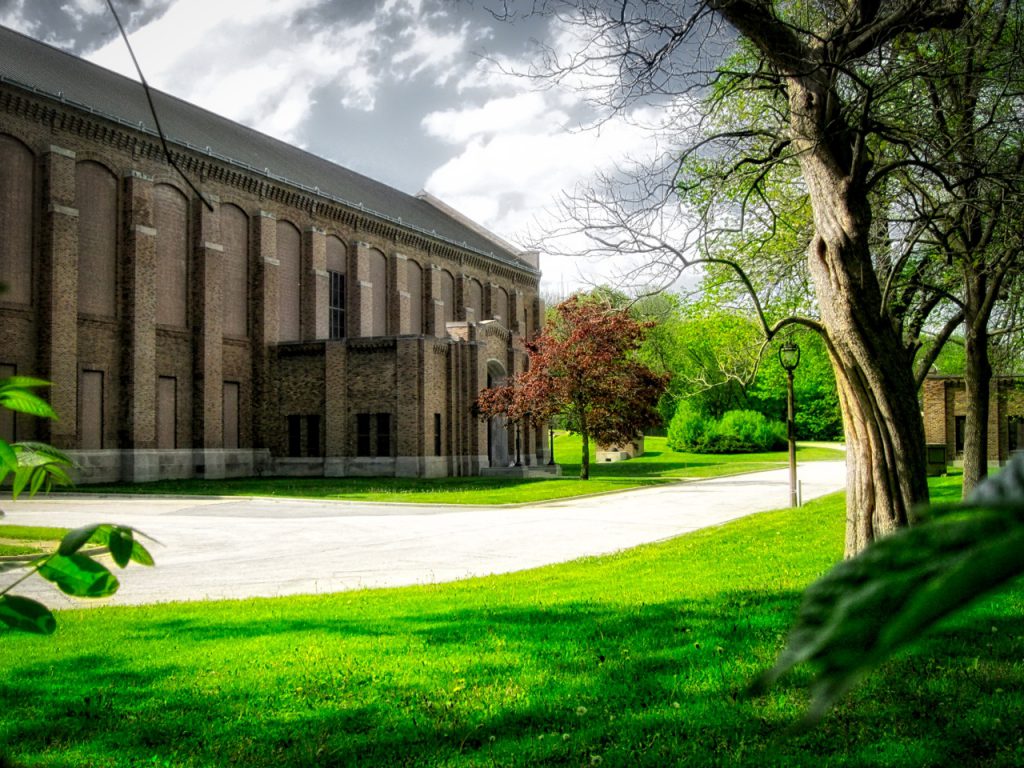 This brick structure on the bank of the Milwaukee River in Riverwest is part of the city’s water utility. When it entered service in 1924, its massive pumps set a world record. Photo by Carl A. Swanson.

On a stretch of the Milwaukee River once home to both ice houses and a lost neighborhood, only one structure remains – a five-story-tall, windowless brick building. Although well maintained and surrounded by neatly mown lawn, no sign identifies it and its purpose isn’t immediately obvious.

Here, at the foot of East Chambers Street in Riverwest, the city built a record-setting engineering landmark. This 92-year-old building is the Milwaukee Water Works Riverside Pumping Station. 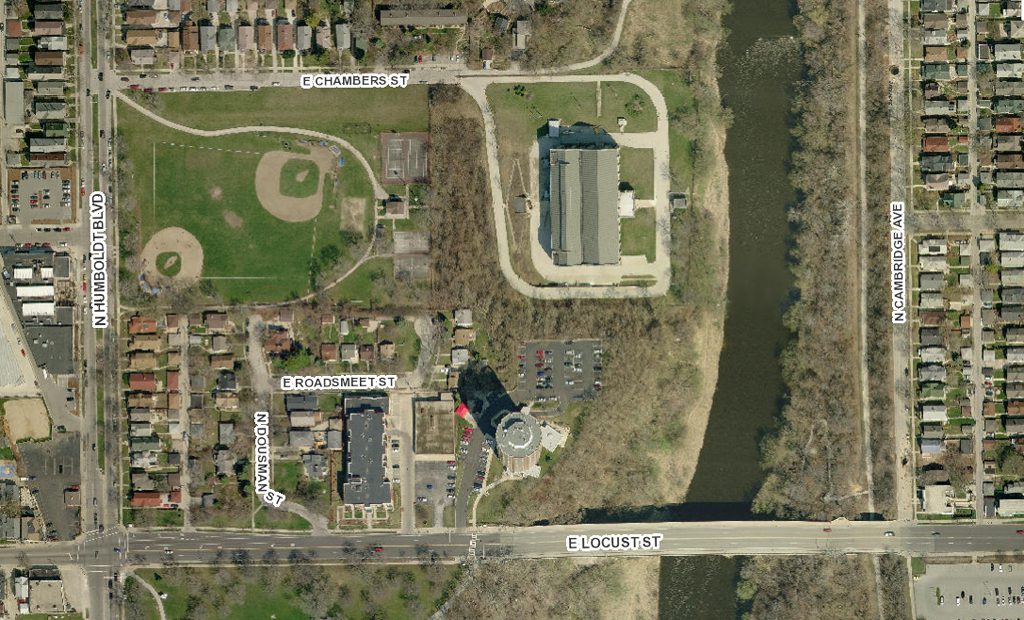 Riverside Pumping Station occupies the east end of a much larger parcel of land. The part not needed by the Water Works became Pumping Station Park and now is maintained by Milwaukee Public Schools. Because city dollars had been used to purchase the land, lawmakers were reluctant to allow it to become a Milwaukee County-owned park.

Milwaukee′s water supply has been drawn from Lake Michigan since 1874. The North Point Pumping Station was built at the foot of North Avenue on the lake shore to pull water from a tunnel extending 2,100 feet out into the lake. In 1895, a second, longer intake was built, a project marred by an accident that killed 14 tunnel workers. A decade later, an entirely new intake was under construction, 12-feet in diameter and stretching 6,553 feet into the lake.

Although the eight steam-powered pumps at the North Point Station could deliver 126 million gallons of drinking water each day, by 1918 it was clear the rapidly growing city needed a second major pumping station. 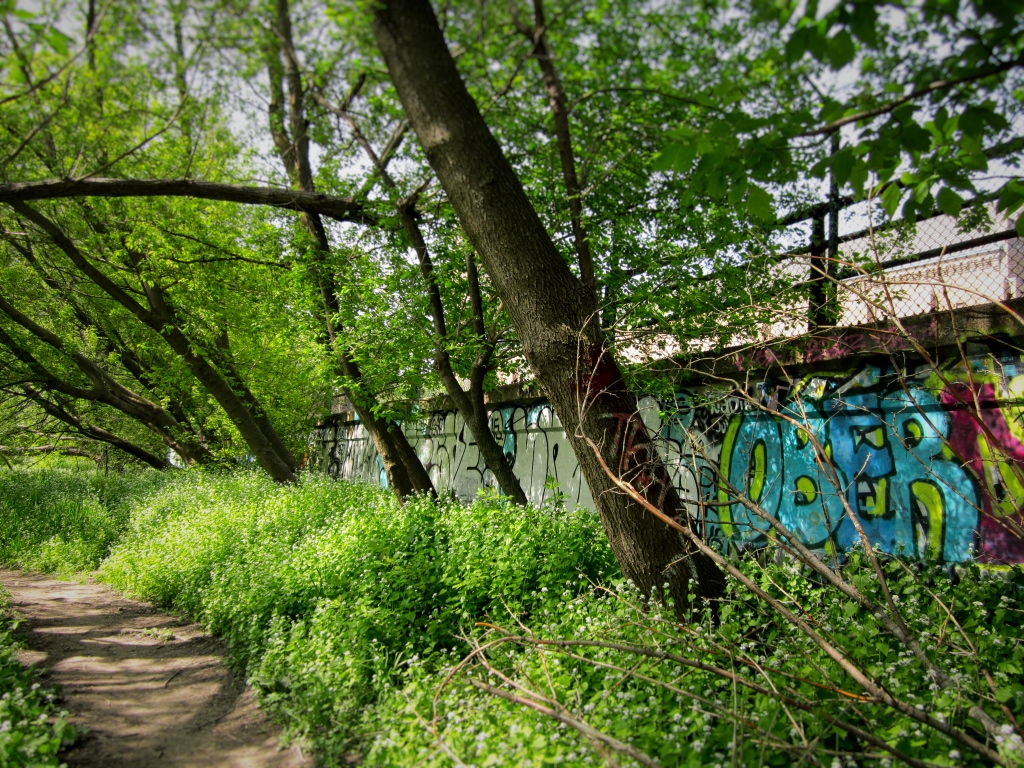 In 1920, building this flood wall was the first stage in the construction of the pumping station. Photo by Carl A. Swanson.

In 1921, work on the Riverside Pumping Station started with the construction of a floodwall, built two feet higher than the maximum recorded flood level. At the same time, a nine-foot-diameter, 7,000-foot-long tunnel was excavated from the lakefront to the new station.

According to Elmer W. Becker′s A Century of Milwaukee Water, city engineers disagreed over the pumps to be installed in the new plant. Many favored centrifugal pumps, then a relatively new technology rapidly gaining favor.

Ultimately the decision was made to order somewhat old-fashioned but well-proven vertical triple expansion pumps. This decision, Becker believes, was influenced by the city’s favored machinery contractor, Allis-Chalmers.

Three of the gigantic pumps, powered by superheated steam supplied by three coal-fired boilers, were installed in the 59,000-square-foot brick structure.

On July 1, 1924, pump no. 1, with a daily capacity of 22 million gallons, went into service. The five-story-tall Allis-Chalmers machine was so perfectly balanced its 100-tons of moving parts operated in eerie silence, save only for the faint, rhythmic clicking of steam valves opening and closing.

Milwaukee′s brand-new Riverside Pumping Station was second to none, and the city was happy to show it off. A visitor′s gallery was included in the station’s design, and a switch-back sidewalk led down the 90-foot-tall river bluff from Pumping Station Park. In addition to the gigantic boilers and pumps, visitors could see offices, steam-powered generators for the in-house electrical system, automated coal- and ash-handling equipment, and a state-of-the-art machine shop. 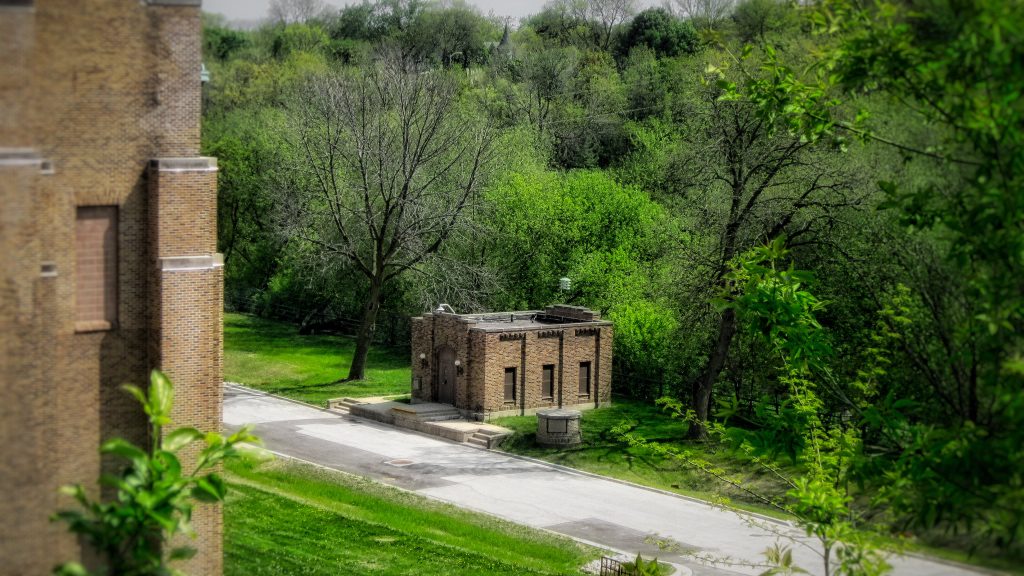 This tidy little brick building is the pumping station’s former chlorine house. Chlorine gas was once injected into the incoming water supply for extra purification. Today all water treatment is handled by the city’s two filtration plants. Photo by Carl A. Swanson.

A fourth pump, rated at 25 million gallons per day, was added in 1927, along with three additional boilers. The following year, a 40 million gallon per day steam turbine centrifugal pump entered service, and the city announced it had all the capacity it needed to meet the demand in the foreseeable future.

In 1937, Riverside Station narrowly escaped disaster. In that year, given the vast pumping capacity available at Riverside, the city felt safe shutting down North Point Station for extensive reconstruction.

On Sunday, February 21, 1937, after several days of heavy rain, the county dynamited ice on the Milwaukee River north of the city to prevent flooding. Huge ice chunks floating down the river backed up against the Locust Street bridge, forming a dam. Immediately water began spilling over the river banks, rising steadily higher against the station′s flood wall. Although the wall was two feet higher than the previously highest recorded flood, the river reached a point just two inches from overflowing the wall. If it topped the wall, the plant′s basement would flood, shutting down the only pumps supplying water to the entire city.

The situation was serious. Not only would a major city suddenly be without water for drinking or cooking or, well, flushing, there would be no water pressure in the fire hydrant system.

The utility rushed 1,000 sandbags to the station but they were not needed. Gradually, over the next few days, the river subsided.

Twelve years later, the station did flood. On the night of July 27, 1949, a torrential cloudburst sent a surge of stormwater down the steep river bluff, bursting through the plant′s basement windows “like so many Niagara falls,” night shift workers told the Milwaukee Journal.

With nearly three feet of water in its boiler and pump rooms, the plant was out of commission. The Water Works needed powerful, mobile pumps to dry out the plant – and it knew where to find them. Nine fire engines were summoned and commenced pumping out the flooded building at a combined rate of more than 9,000 gallons a minute. The station was up and running six hours after the storm. 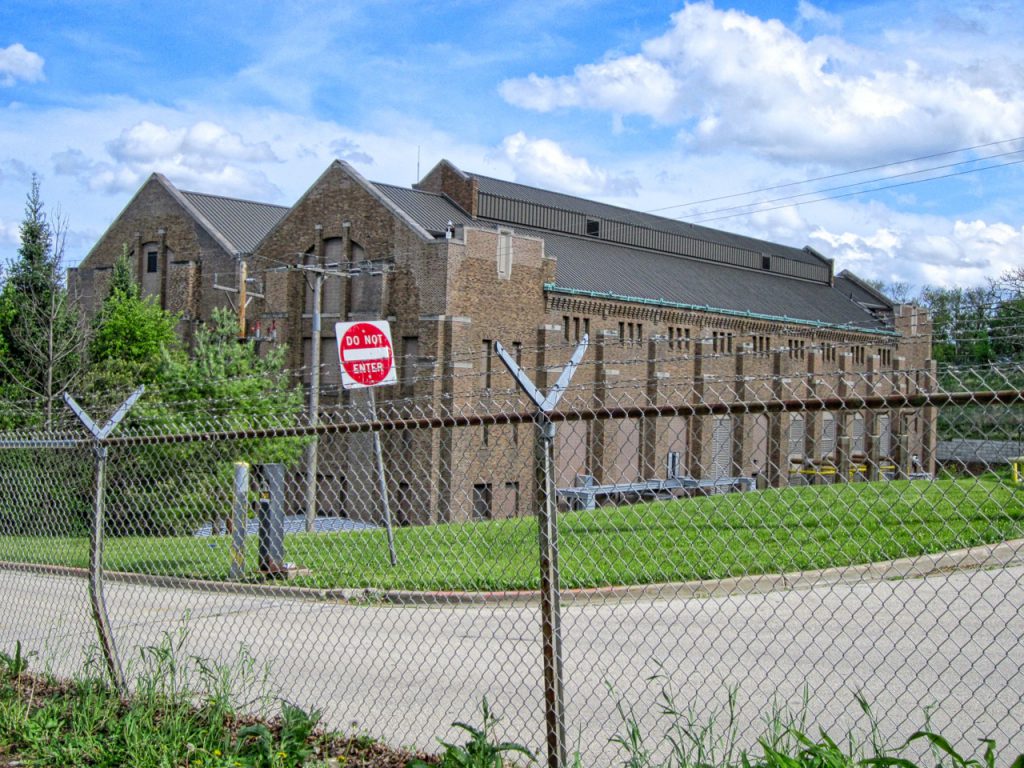 The Milwaukee River pumping station was once a tourist attraction, complete with visitor’s gallery. Today it is closed off by fences and surrounded by security cameras. The former boiler house is at right, the pump house is at left. Photo by Carl A. Swanson.

The five-story-tall steam pumps at Riverside Station served more than 40 years. In the mid-1960s, the water utility began a modernization project, removing the coal-fired boilers and steam-driven pumps and installing electric pumps operating off a dedicated high-voltage line. At a week-long open house in 1966, thousands of Milwaukeeans filed through the station for a last look at the big steam pumps before they were scrapped.

On August 23, 1968, the fires were dropped in last two operating boilers.

Although the facility is more than 90 years old, it is still a major part of the city’s water infrastructure and is frequently updated. In 2011, for example, the utility completed installation of three 2,500-kW diesel generators to supply backup power to the Riverside Pumping Station in the case of a power failure. According to Water Marketing Specialist Rosalind Rouse, this was part of a multi-year project to provide electric power generation for five critical infrastructure sites. Currently, the utility is in the midst of a project to replace the access road and improve flood protection at Riverside.