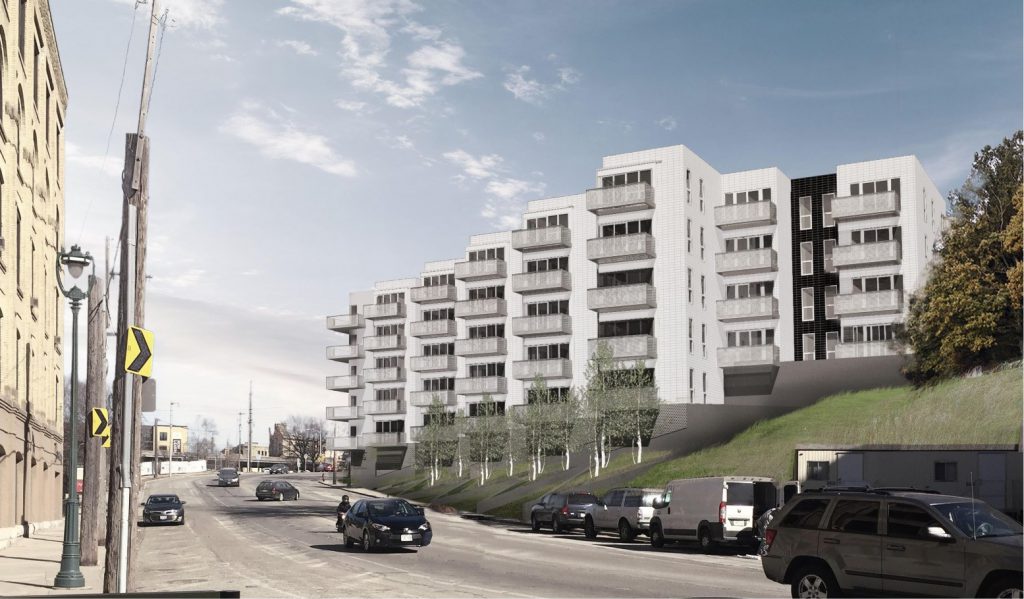 Ogden Multifamily Partners proposal to build a 76-unit apartment building on the Lower East Side was unanimously approved by the Common Council’s Zoning, Neighborhoods & Development Committee.

The developer, an arm of Ogden & Company, needs a triangular site just south of the intersection of N. Jackson St. and N. Water St. to be rezoned to accommodate its proposal.

“There probably isn’t a better undeveloped piece of land in the city for a multifamily building,” said Pietsch in an interview earlier this year.

And now Ogden is proposing a building that Pietsch believes will command a price premium. The units are being constructed as “fingers” according to Pietsch, sticking out from the core of the building with natural light on three sides.

The design is also a response to the site: a triangular piece of land that rises up a hill. “The site really has two distinct fronts” said Agacki. The site rises 30 feet going east to west, and also rises 15 feet as N. Water St. heads north.

Agacki has an intimate sense of the Jackson Street scale; he designed three of the four new buildings on the two-block street.

Ogden, which has its headquarters across from the site, is no stranger to the area. It developed the Keystone on Brady apartment building at Water Street’s intersection with N. Humboldt Ave. and recently completed Nine10 at Land Place just north of E. Brady St. Pietsch said leasing has been strong at both properties. Should overflow parking be needed, Pietsch said up to 10 spaces for the new building would be available in Ogden’s surface parking lot.

Much of the building would be clad in terracotta, a material that is making its return to newly constructed buildings in Milwaukee after more than a half-century absence. Agacki said the material should last 100 years, enough for the material to fall in and out of vogue a few more times.

A 13,213-square-foot warehouse at 1659 N. Jackson St., built in pieces starting in 1929, would be demolished to make way for the development and three billboards would be permanently removed from the site’s northern edge.

Area Alderman Nik Kovac spoke in favor of the rezoning request, telling the commission that a neighborhood meeting attended by 13 area residents found no one in opposition.

“I’m not offended by the condo canyon as many of my constituents are,” said Kovac of the stretch of N. Water St. that actually includes almost all apartment buildings and just one condo complex, Flatiron Condominiums, but is certainly an urban canyon.

But the alderman made clear he didn’t want to see the homes on N. Jackson St. leveled and merged into that canyon. This project, he said, will assure that doesn’t happen: “Doing infill will actually help preserve the houses that remain in between.”

Kovac said the biggest challenge with the project is the landscaping to hide the parking exposed by the grade change along N. Water St. Agacki previously pledged that the parking would not be visible at an earlier meeting due to landscaping. He said Tuesday that the landscaping’s surface would be similar to what is found on the sledding hill at the Titletown development outside Lambeau Field in Green Bay.

The proposal will next go before the full Common Council. 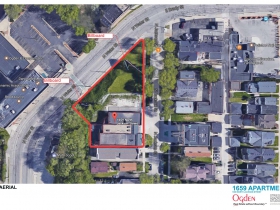 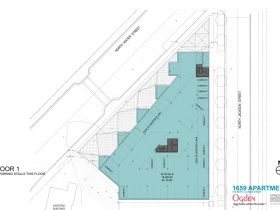 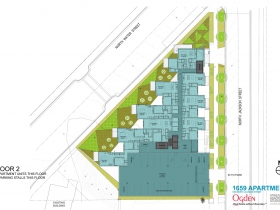 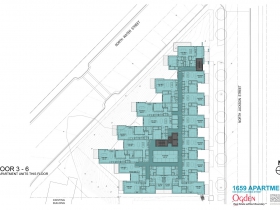 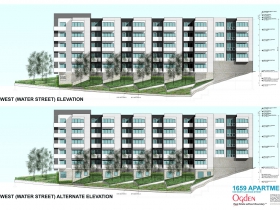 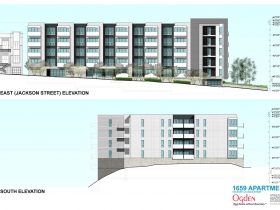 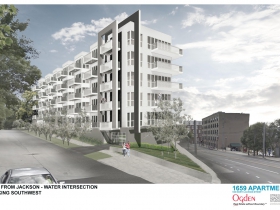 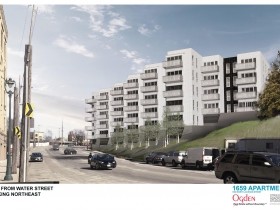