Ax throwing, painting or mini golf, Bars & Recreation has it all with a full bar to boot. 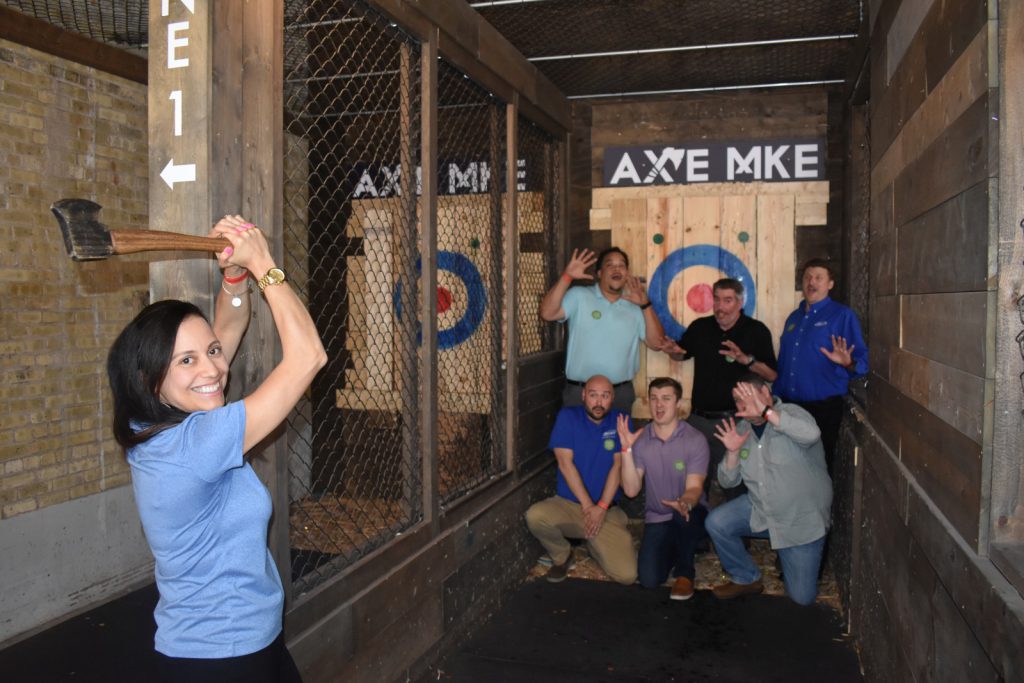 The area surrounding the intersection of N. Farwell Ave. and E. North Ave. has quietly become a key area for adult recreation in Milwaukee. It’s long been home to Landmark Lanes bowling alley and the Oriental Theatre, and within walking distance of Bradford Beach, the lakefront and Oak Leaf Trail, but a host of new businesses have taken things to the next level.

Husband and wife duo David and Marla Poytinger lead Bars & Recreation, a group of bars focused on far more than what’s to drink. The couple opened Nine Below, an indoor mini-golf course underneath Beans & Barley in 2016. In 2018 they added AXE MKE, an ax-throwing bar, to the mix and late last year they completed the triumvirate by relocating Splash Studio painting bar from the Historic Third Ward to a space across the street from Nine Below.

What started with a small painting bar in the Third Ward in 2012 has quickly grown to an entertainment empire. The couple, both of whom have masters degrees in business administration, expanded Splash Studio within a year. Marla left her job as executive director of Bel Canto Chorus not long after that to manage the bar full-time and David followed suit less than a year later, trading supply chain management at MillerCoors for bar supply management and planning what comes next.

“The real turning point was deciding do we want to replicate Splash Studio or pivot the concept?” said Marla Poytinger in an interview. “We had lots of ideas.” The couple enlisted friends in testing different concepts before ultimately settling on mini golf with a maker theme where guests would redesign the holes every time they played. Then came the hard part, deciding where to put it. Poytinger said they looked at every building available before settling on the underground space at 1905 E. North Ave.

With things going well, they sought to add an ax-throwing bar to the mix and found the space at 1924 E. Kenilworth Pl., last used by a dry cleaner. The ax-throwing idea originated in Canada and has taken on many different forms as it has spread. “Everybody does it a little bit differently,” said Poytinger. Their version includes a full bar, a feature she believes is unique. Who would insure such a place? Poytinger said their strong track record made it possible, but noted it’s not cheap.

With the two East Side bars in place, the couple decided to relocate Splash to the area. Poytinger said they were drawn to 1815 E. Kenilworth Pl. because it was a true first-floor space compared to the Third Ward space which was elevated a half floor above the street. They’ve embraced the street frontage by adding a parklet that will allow a group to sip wine and paint outdoors as soon as warm weather arrives.

But why open so many places on the East Side? “We were really excited by the pedestrian activity,” said Poytinger. She noted that after moving to the nearby Beerline neighborhood, the couple found themselves spending lots of time on E. North Ave. “It felt like a community space.”

Poytinger believes the area has shed it’s UW-Milwaukee dominated roots: “The East Side has grown up a little bit.”

The entrepreneur believes the East Side is now one of the best places to spend a day in the city. “What we have on the East Side is really authentic and locally owned,” said Poytinger. And it’s a sign of success when guests visit a Bars & Recreation establishment or two and then make their way to another area business, she adds. “[The East Side] has stuff you can’t do anywhere,” Poytinger noted, ticking off a list that includes Sip & Purr Cat Cafe, Black Cat Alley, Landmark Lanes and the ability to walk to everything in-between. The only missing piece might be a high-end dining restaurant, she added

Business continues to be strong, with Bars & Rec having hired 20 employees in the last month and planning to add even more. “It’s on fire basically,” said Poytinger about both her businesses and the East Side.

What’s the secret sauce to make it all work? All of their businesses have four key things in common said Poytinger. First, the experience is different every time, including the ability to re-layout the mini-golf course, ensuring repeat business. Second, the business accommodates small groups to parties and corporate events. Third, they’re reservation based. And finally, they’re accessible from the street and walk ins are welcome.

So what comes next?

The couple is ramping up to open a new place, replicating the ax bar concept to Walker’s Point. They’ll open NorthSouth Club on E. Pittsburgh Ave. in July, which includes a North Woods aesthetic in the back (with ax throwing) and a southern beach vibe in the front with shuffleboard, cabana seating and frozen drinks.

The couple has no plans to leave the East Side, but is looking to expand their concepts to the rest of Wisconsin. 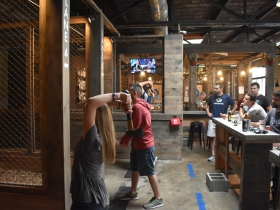 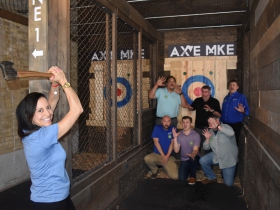 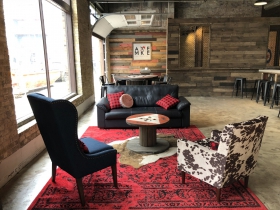 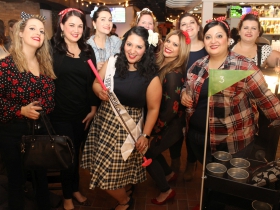 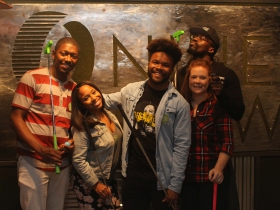 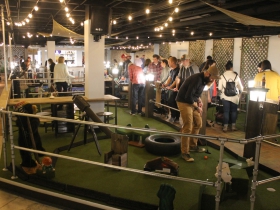