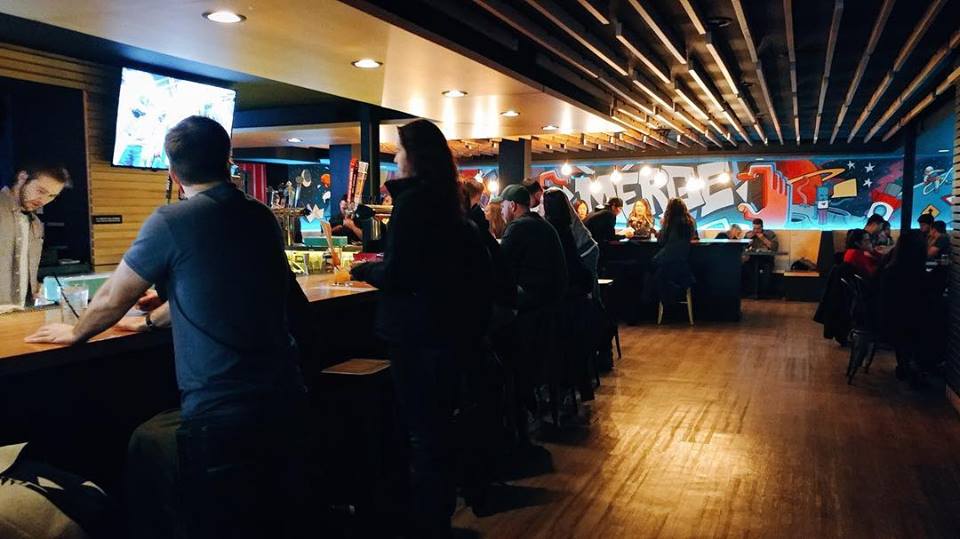 The Korean Fried Chicken bar, Merge (1932 E. Kenilworth Pl.), is rolling out a number of changes to its food and service heading into the summer months. First, customers will now order their food at the bar and will be given a number to bring to their table, where their order will be delivered to them. Previously, diners placed their orders at the front of the kitchen and then picked it up when their pager was buzzed.

The restaurant is also introducing some new cocktails and dishes as well as some new takes on their original fare. OnMilwaukee’s Lori Fredrich reports:

They’ve added two new wing sauces – Nashville hot (spiked with gojuchang) and Jim Beam barbecue – and made some revisions to the taco menu, creating improved combinations served on street-style flour tortillas (including the kimchi tofu tacos and a pork taco with beer-braised pork belly, pineapple habanero salsa, scallions and radishes). Tacos are $3 each, two for $7 or three for $9…

Merge has yet to finalize a date, but will begin serving brunch in the near future. Brunch items will include a pork belly Benedict and a brandy old fashioned French toast. Happy hour has also been extended, and will be held from 4 p.m. to 7 p.m. Tuesday to Friday. Drink specials include $3 drafts, $4 double rails and $5 Soju bombs. 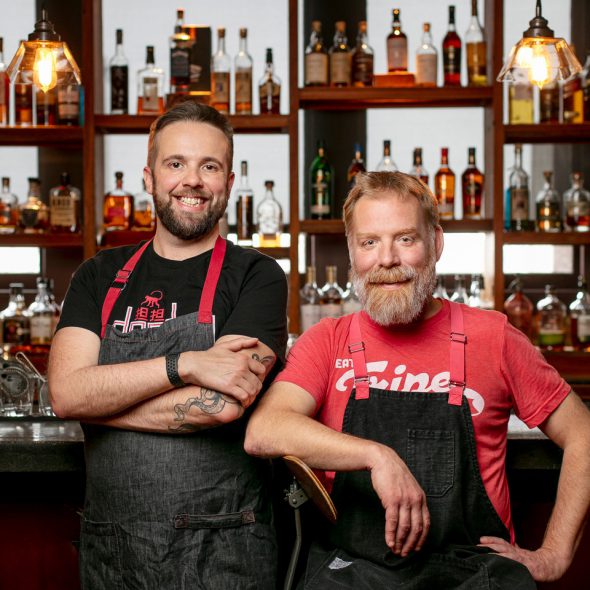 A new restaurant, called Ash, is slated to open in August in the former Smyth space (500 W. Florida St.) at the Iron Horse Hotel. JVR Group, which is owned by chefs Dan Jacobs and Dan Van Rite, is behind the new concept. The two are also behind concepts such as DanDan (117 N. Jefferson St.), EsterEv (360 E. Erie St.), Faunteroy (316 N. Milwaukee St.) and Batches Bakery.

Jacobs and Van Rite have been in charge of the food and beverage program at the Iron Horse Hotel since April. Urban Milwaukee has the story:

“The thought behind Ash was to create a simple, seasonal, American menu — highlighted by the use of fire and smoke,” says Jacobs. “From slow cooking in embers to smoking and finally charring over an open flame, hearth cooking creates an enhanced flavor in everything from meats to vegetables.”

…According to the duo, dishes found on the hotel’s current menus “give a few hints” at the new establishment’s fare. Dishes such as the seasonal salads and the roasted cauliflower and venison tartare foreshadow what’s to come at Ash…

Owner Tim Dixon will lead renovations to the space throughout the summer. The finished product will emphasize a hearth in the dining space. “It’s theater as much as dining,” Dixon says. “People want to feel part of the experience and this new space brings cooking to the forefront.”

All New Name Your Own Bourbon for Father’s Day. Photo courtesy of Central Standard Craft Distillery.

Central Standard co-founders Evan Hughes and Pat McQuillan are offering customizeable bottles of bourbon as a special for Father’s Day. Each bottle, filled with Central Standard’s Cabernet Finished Bourbon, will have a blank panel on the label, allowing the purchaser to write a personal message in permanent marker. The Cabernet Finished Bourbon is aged in California red-wine barrels, which gives the bourbon a “reddish hue,” along with a “fruit-forward open with a warm caramel finish.”

“Pat and I are both dads,” Hughes said in a press release. “What do we really want on Father’s Day? We’d love to hear how our kids feel about us…We designed the label of our all new Name-YourOwn Bourbon to provide the perfect space for a funny, caring or sentimental message.”

“Customization is a hot business trend and we wanted to bring product personalization to our industry in a unique way,” said McQuillan. “We feel this offers our fans an easy, not to mention, cool gift to give dad this Father’s Day.”

Sales of the special-edition bottles began on June 9 at 11 a.m., and supplies are limited. The 750-ml bottles can be purchased for $30 in the Union Room (613 S. 2nd St.), Central Standard’s 2nd R&D facility and tasting room.

Sheridan’s Cafe serves breakfast and lunch only, a format it went to in 2015, making Friday its last day of service.

An announcement from owners Jane Schilz and Lee Barczak issued late Friday afternoon said the cafe now will be the dining room for B&B guests, but it still will serve as an event venue for private parties.

Brunch hours at Mistral (2473 S. Kinnickinnic Ave.) will be from 10 a.m. to 2 p.m. The menu will incorporate some of Sheridan’s signature dishes with fare curated by Mistral’s chef, Joe Schreiter. Schreiter previously served as Sheridan’s chef.

The restaurant will reopen under the name Dream Dance Steakhouse, featuring new designs. Guests can expect an archway filled with wine bottles, a larger bar area and new seating area.

Public relations manager Ryan Amundson said in the announcement that the changes “are being done to create a look and feel best described as a modern take on a traditional steakhouse.”

The menu will continue to focus on steaks and seafood.

This is the second time the restaurant will close for updates. Before a temporary closure in 2009, Dream Dance Steak was just Dream Dance, and focused more on “new Wisconsin cuisine” rather than steak. Lesk also notes that Potawatomi temporarily closed RuYi, which focuses on Asian cuisine, for minor updates in May.