But is focus on streets just creating a backlog of alleys and sidewalks needing work? 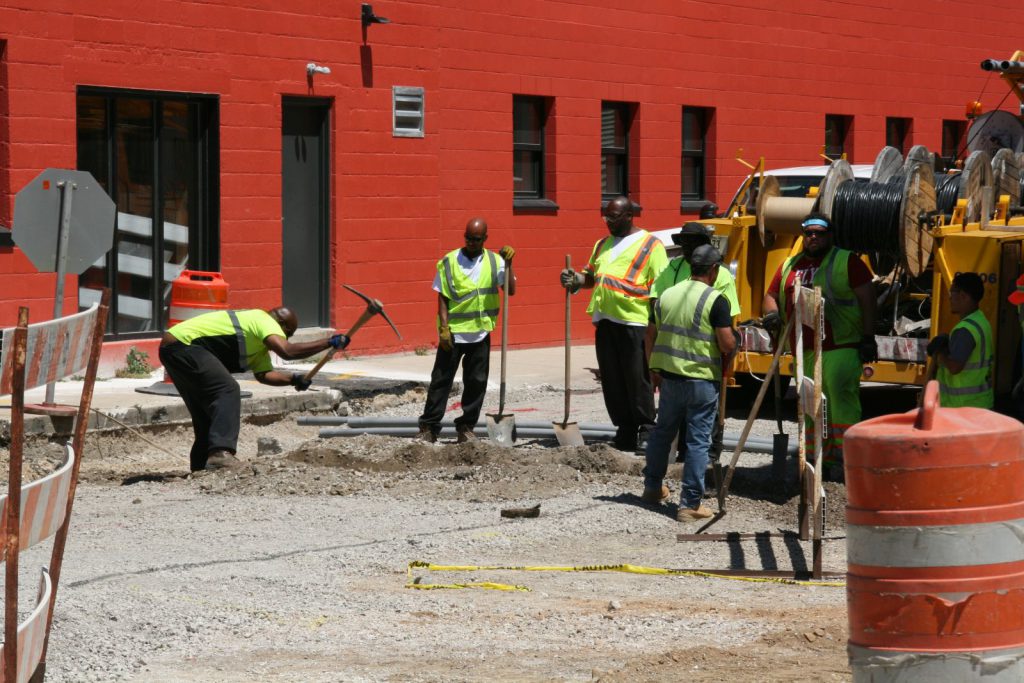 Since Mayor Tom Barrett took office in 2004, the city has more than doubled its annual street paving and reconstruction budget. But as any city residents can tell you, that doesn’t mean the city’s streets are free of potholes.

Based on data from Barrett’s first five years, city streets were on a 103.7-year replacement cycle, extending an increase in the cycle first created under former Mayor John Norquist.

Norquist, as Alderman Nik Kovac noted in a Wednesday meeting of the Public Works Committee, had avoided funding road replacement in a move to lower taxes and make the city more attractive. “If you stop investing in roads for a decade, it kind of takes 20 years to notice,” said Kovac of the city’s pothole problems on its approximately 1,400 miles of roads.

Over the last five years under Barrett and a pothole-conscious Common Council, the street replacement cycle has fallen to 64.2 years.

Chrisbaum, who warned the committee to avoid looking at any single year’s data because of fluctuations caused by federally or state funded projects, said progress has been made ever since the American Reinvestment and Recovery Act stimulus program provided a wave of federal funds, but plenty remains to be done.

“Some of these roads have so many potholes you have to do more than paving potholes,” said Chrisbaum. That was part of the genesis of the High Impact Paving Program that has the department replacing the top layer of asphalt with a new surface that can last five to 15 years. The process, which takes only a couple days, allows the city to quickly pave three miles for $1 million, as opposed to a full reconstruction which costs three times as much.

But Chrisbaum said counting miles repaved as part of the fast action program as full miles for the purpose of calculating the replacement cycle would be “cooking the books,” so the department divides the distance of such streets by three.

What else is boosting the city’s street maintenance efforts?

The implementation of a $20 vehicle registration fee in 2009, commonly known as the wheel tax, has also funded miles of newly repaired streets. Previously, when streets were up for reconstruction a special assessment was placed on adjacent property owners. Those assessments, and subsequent reconstructions, were often contested and subsequently canceled. Now the wheel tax revenue, projected to generate $6.6 million in 2019, pays for paving of an additional six miles of streets annually.

But despite the success of the fee and paving program, challenges — and potholes — remain. “Well obviously, you guys are emailing us all of the time,” said Chrisbaum in response to a question from Ald. Michael Murphy as to whether citizen requests were coming in.

A substantial amount of street replacement funding also doesn’t go directly into the street itself. Chrisbaum said approximately $1 million every year goes towards design, $1 million towards maintenance and $1 million to pedestrian ramp reconstruction.

The ramp reconstruction budget has grown significantly in recent years in response to a June 2016 settlement with U.S. Department of Justice regarding compliance with the Americans with Disabilities Act. “It’s definitely the right thing to do, but it takes time to get done,” said Chrisbaum.

Excluding federal and state funds, the city will spend $19.1 million on street reconstruction and repaving in 2019, up from $8.6 million in 2004.

For more on potholes, see our coverage from April.

A Ticking Time Bomb in Your Backyard?

“The alley situation is… well, I know from your emails it’s not good,” said Chrisbaum of the looming problem. He said a solution similar to the high impact paving has yet to be found given such challenges as the pitch and drainage of alleys.

Alley projects can take years, with design work completed and then the project sitting undone with no construction funding.

Alderman Mark Borkowski lamented the current state of affairs. “Our constituents, I’ll speak for me, they don’t know design, or engineering or whatever. They know new alley,” said the southwest side alderman. “This is not a smooth system. It’s just not.”

Bauman and Murphy also raised concerns over the administration’s commitment to making the city more pedestrian friendly. “On the issue of sidewalks, with the exception of when the council has added funding, it’s been fairly flat,” said Murphy.

“At the end of the day it costs money to make the city more walkable,” said Murphy. “The rhetoric is very good, but the reality is in the budget.” The city has budgeted approximately $1.5 million per year for the last decade. The council added $500,000 to the 2019 budget via an amendment.

“There is a very nice Pedestrian Plan, with very pretty pictures, but the reality of the budget office is the opposite direction,” added Bauman.